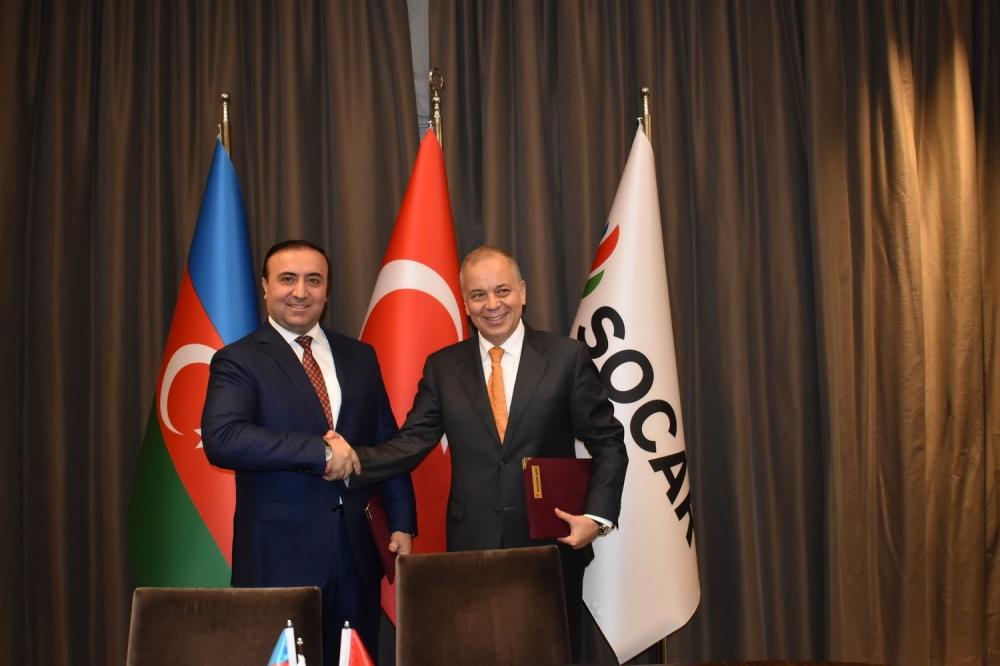 The deal, signed with a Turkish-Chinese joint venture between China CAMC Engineering Co., Ltd. and IC İçtaş İnşaat Sanayi ve Ticaret on October 17, gives Nobel Oil Services' subsidiary exclusive rights to drill 40 caverns in the Tuzgolu area, located south of Ankara. Known as the Gas Storage Expansion Project, the contract is expected to increase Turkey’s ability to meet some of its energy needs.

“SOCAR AQS proved itself in Azerbaijan as a professional drilling company with the expertise to handle the most complex projects,” Nobel Oil Services CEO Vugar Samadli said according to a report posted to the company’s website. “Its extensive experience in the industry and know-how allows the company to take part in important international projects. Following Azerbaijan’s export-oriented policy, SOCAR AQS now will take part in this significant project and contribute to Turkey’s energy security applying state-of-the-art technologies.”

Nobel Oil Services, the major shareholder of SOCAR AQS, is a diversified group of companies, which provides drilling, construction and project management as well as equipment maintenance, procurement and enhanced oil recovery services in the oil and gas industry.

SOCAR AQS’s operations in Turkey will be coordinated and managed from the new office, which was launched on October 18 in Ankara.

The Tuzgolu Underground Gas Storage Project was developed by BOTAŞ Petroleum Pipeline Corporation in 2003, for constructing an underground gas storage site that will store 5.4 billion cubic meters (bcm) of gas. The storage currently consists of 12 caverns, six of which are already in operation and the next six will go online sometime in 2020. The physical capacity of each cavern is estimated at 630,000 normal cubic meters (Nm3) of gas.

The expansion of the storage facility is currently being conducted in order to add new caverns and increase the capacity. SOCAR AQS will drill 40 caverns with a total depth of 62.000 meters, 1,550 meters each. The project is expected to enhance Turkey’s energy security and help meet the country’s demand for natural gas.

“This project will give a new impetus to the development of cooperation between the two companies and, eventually, Azerbaijan and Turkey,” said Murat Kurtulush, the director general of the Turkish-Chinese joint venture, according to Marja.az. “The Gas Storage Expansion Project is of particular importance in terms of the sustainable supply of Turkey's demand for blue fuel. SOCAR AQS will play a great role in the successful implementation of this mission.”