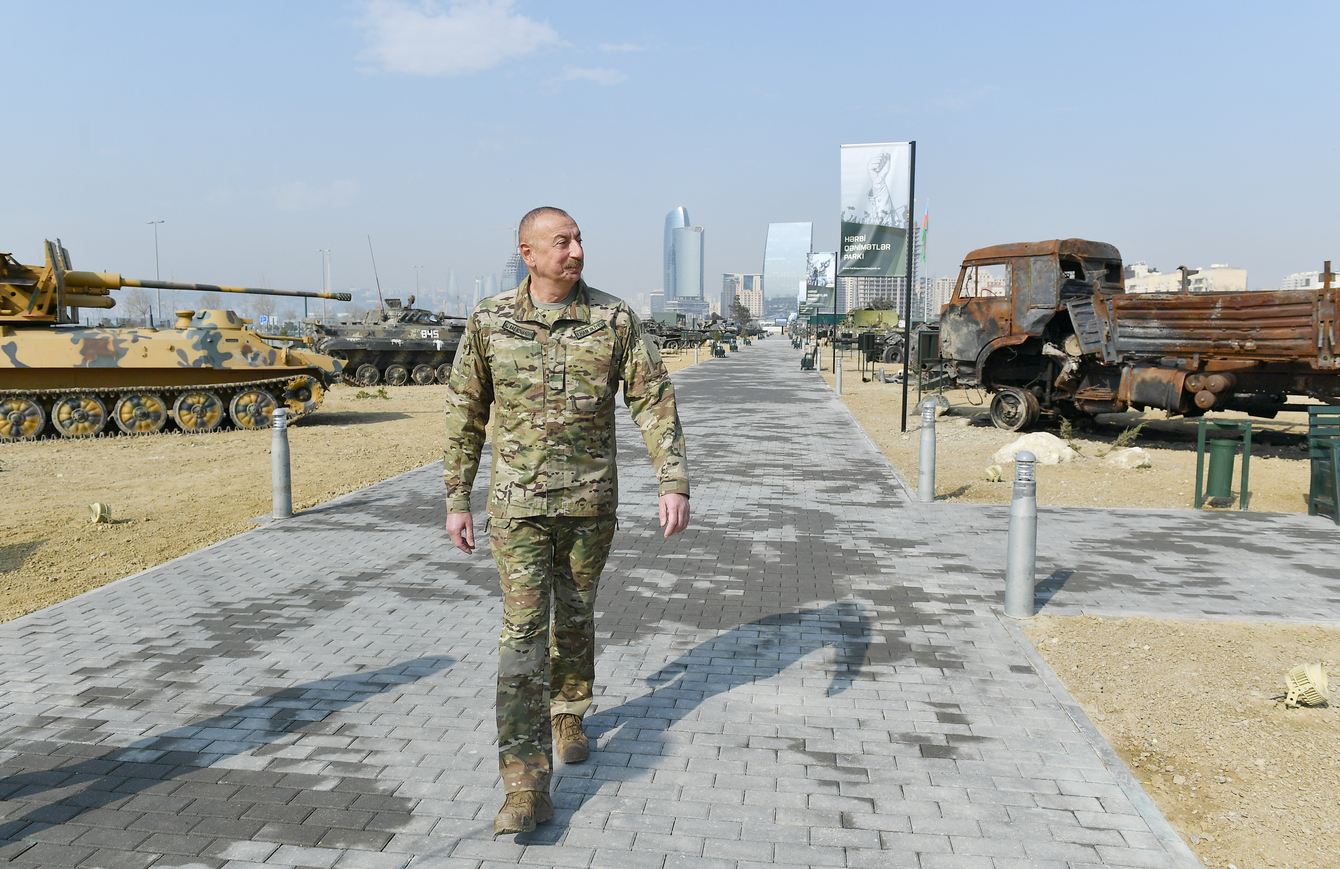 President Ilham Aliyev walks through the Armenian military equipment destroyed and captured by the Azerbaijani forces in the last year's war in the Karabakh region, Baku, Azerbaijan, April 12, 2021 / President.Az

Dozens of military equipment of Armenia, which were destroyed and captured during a war with Azerbaijan in the latter's Karabakh region last year, went on display on Monday at a new theme park in Azerbaijan’s capital city of Baku.

The military equipment is being showcased in the “Military Trophy Park” on a territory approximately the same size as ten football pitches along the shores of the Caspian Sea near the city center.

President Ilham Aliyev, who inaugurated the park, said the demonstrated equipment that has been destroyed and captured by the Azerbaijani army once again demonstrates the strength of Azerbaijan and the defeat of Armenia.

Armenia and Azerbaijan have been at odds for decades over the Karabakh (Garabagh) region, which is internationally recognized territory of Azerbaijan. In 1991, Armenia kicked off military aggression against Azerbaijan to occupy the region. The full-scale war lasted until a ceasefire deal in 1994. As a result, Armenia occupied 20 percent of Azerbaijan’s internationally recognized territories. Over 30,000 ethnic Azerbaijanis were killed and one million were expelled from those lands in a brutal ethnic cleansing policy conducted by Armenia.

A part of the military trophies was earlier showcased at the Victory Parade in Baku on December 10, 2020. The parade included D-30 and D-20 cannons, T-72 tanks, UAZ Patriot and UAZ Hunter armored vehicles, Ural and KamAZ trucks, BM-21 Grad complexes, and more.

A theme park dedicated to military trophies is not one of its kind in Europe. Uniforms, firearms, and even parachutes of the Nazi officers have been put on display in the museums in the Netherlands and Denmark. In Russia, there is a Victory Museum, which displays both the captured vehicles and weapons along with the military hardware of the Soviet army and its allies from World War 2.