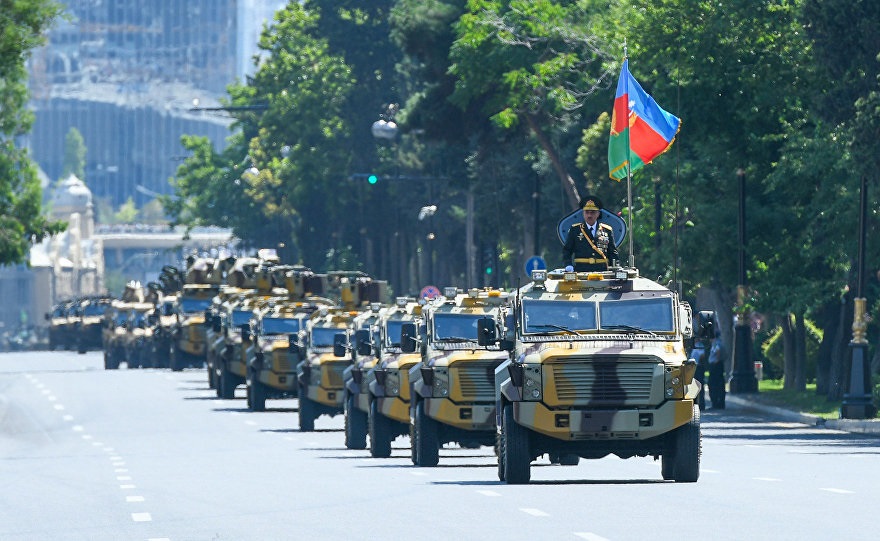 September has brought a new standing for the militaries of Caspian region countries according to Global Firepower, the independent website that provides rankings of national militaries around the world based on U.S. government data.

Based on Global Firepower’s publicly available data, Azerbaijan, which ranked 58 just one year ago, spends about $1.6 billion on defense. Its military consists of 374,500 active duty and reserve personnel, and its resources include 135 aircraft, 93 helicopters, 520 combat tanks, 1,590 armored fighting vehicles and 31 navy vessels afloat on the waters of the Caspian Sea.

As part of a $1 billion arms deal inked between 2010 and 2011, Baku has purchased heavy armored military equipment from Moscow, including nearly 100 T-90C tanks, Smerch and TOS-1A multiple rocket launchers, and Msta-A and Vena artillery cannons. Azerbaijan received its latest batch of Russian weaponry in January of this year, which included an undisclosed model of an armored vehicle.

Russia is not Azerbaijan’s only arms supplier. In 2017, $137 million worth of weapons were purchased from Israel, including the Lynx LAR and Lynx Extra missile systems, LORA missile complex, 120-millimeter Cardom mortars, Spike anti-tank guided missiles, Sand Cat mine-resistant armored vehicles, as well as a submachine and machine guns.

Video footage released by the State Border Service of Azerbaijan in April showed the launch of the IAI Harop loitering munition system, or an anti-radiation drone, known as “kamikaze” for its ability to self-destruct upon impact. Also identified in the video was the Israeli Typhoon weapon system. There is speculation that Baku is currently in negotiations with Israel over a possible purchase of Iron Dome anti-missile system. Azerbaijan also procures weapons and armament from Belarus.

“Our military potential is growing,” Azerbaijan’s President Ilham Aliyev said during a military parade held in Baku on Saturday marking the 100th anniversary of the Ottoman–Azerbaijani forces beating back Bolshevik troops, according to the president’s website.

“We need a strong army. Because our lands are under occupation,” President Aliyev said, referring to Armenia’s occupation of Azerbaijan’s Nagorno-Karabakh region and seven surrounding districts. 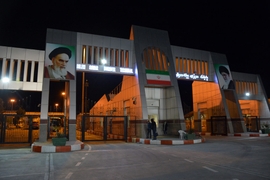 Iran's ambassador to Baku has said that the shared border between Iran and Azerbaijan will ever r... 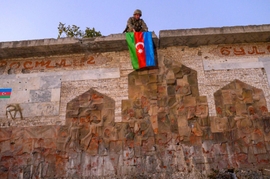 Armenia's Prime Minister Nikol Pashinyan made his position clear on Nagorno-Karabakh conflict and... 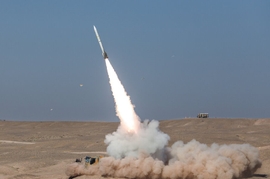 The air defense units from the Iranian Army and the Islamic Revolution Guards Corps (IRGC) have l... 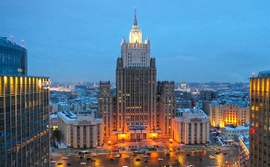 The two nuclear powers might reach a compromise over the world's last major arms control agreemen...