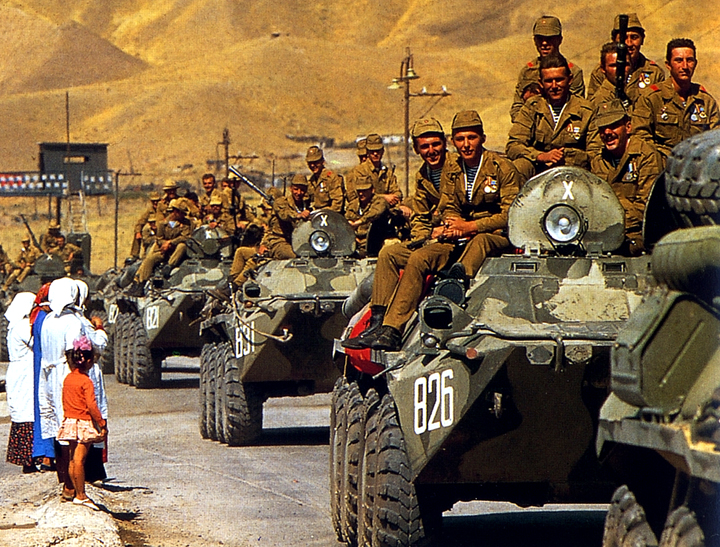 February 15 marks the final and complete withdrawal of the Soviet military from Afghanistan, which kicked off 29 years ago and followed the Geneva Accords that were signed to resolve what had become a precarious situation for the USSR throughout the 1980s.

Although the reasons for the Soviet campaign in Afghanistan are still hotly debated in the region, and some facts and figures are suspected of being withheld, one point remains true: The Soviet-Afghan War, which started in 1979, lasted over nine years.

The war did not bypass Kazakhstan, which was one of the 15 Soviet republics at that time. Located very close to Afghanistan, this Caspian region and Central Asian country sent 22,269 of its citizens into the abyss of war, which killed 924 of them, left 1,000 disabled for life, and another 21 went missing.

Still to this day, many in Kazakhstan recall the events that contributed to the demise of the Soviet Union.

Abdulsattar Asanbek moved to Kazakhstan from Afghanistan six years ago. Now he lives in the city of Kaskelen, located in the country’s Almaty region. For eight years Abdulsattar, who was recruited by the Soviet-backed Democratic Republic of Afghanistan, fought against the mujahideen that waged jihad, or holy war, against the invading Soviet forces.

“At that time, the Afghan government was recruiting soldiers into the army not so strictly. It was enough that a recruit had hands and feet and was 18 years old,” Asanbek recalls, according to Radio Free Europe.

“We were taken to Termez (a city in Uzbekistan), where we joined the training courses for tank operators. We continued our studies in Kabul, we studied for nine months. Then we were let out on the battlefield.”

Termez was where the last Soviet military battalion said goodbye to Afghanistan, after crossing a bridge over the Amu Darya River, dubbed “Friendship Bridge.”

Not all of the soldiers that fought went voluntarily.

“When I was 18 years old, my friend, Barakat, and I [acquired] documents to go to Turkey. However, our documents proved to be counterfeit. We were detained at the Iranian-Turkish border, taken to the Iranian-Afghan border, and released in Afghanistan. For about three years, we fought alongside the Russian troops,” Akhmet says.

These two women have become friends, and do not like talking about the horrors they witnessed. But they recall the chloride-ridden water that made their teeth black, drugs that were sold openly on the streets, and shops that were once bursting with Western goods.

“Afghanistan gave me a lot, it taught [me] to understand people, helped to remove rose-colored glasses,” Ryskul says. “I felt sorry for the guys. Today you are sitting with them at the table, singing songs to the guitar, and the next day they are killed.”

After the war ended, Kazakhstan joined the peacekeeping contingent stationed on the Tajik-Afghan border.

On November 30, 1992, top officials from Russia, Kazakhstan, Uzbekistan, and Kyrgyzstan met in Termez, where they agreed to send their peacekeepers to Tajikistan to guard the border from bandits, drug dealers and arms smugglers. With a length of 1,344 kilometers (835 miles), this section of the border is considered one of the most vulnerable areas in Central Asia.