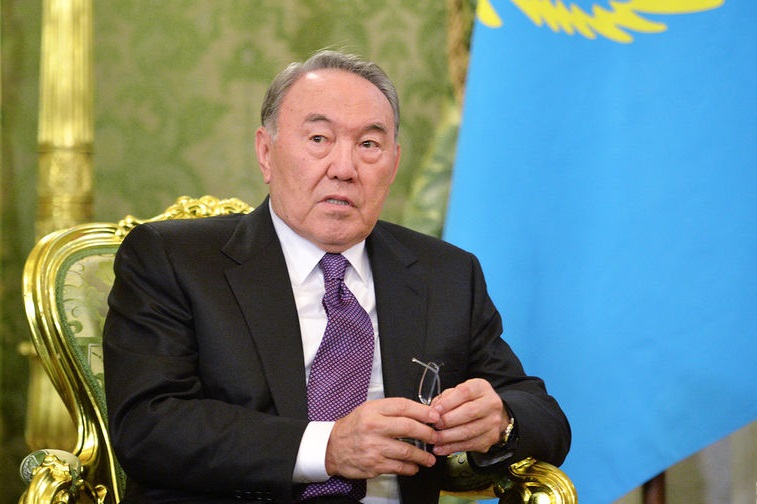 Kazakhstan’s President Nursultan Nazarbayev is known as the mastermind of the Conference on Interaction and Confidence-Building Measures in Asia, or CICA. / Ak Orda

Global threats such as terrorism are seen as integrative and combatable only when countries and multilateral organizations work together, which is prompting leaders in the Caspian region to call for more integration between European and Asian security institutions.

Kazakhstan's President Nursultan Nazarbayev, who is largely credited for establishing the Conference on Interaction and Confidence-Building Measures in Asia, or CICA, believes it should be joined together with the Organization for Security and Co-operation in Europe (OSCE).

"That would be a great thing if the OSCE and CICA unite and we would have a single security organization on the subcontinent, Nazarbayev said on November 13, while addressing a meeting of the Astana Club, a platform that provides for a dialogue among the most influential experts, diplomats, business leaders and politicians from around the world.

While the OSCE, which had been launched in 1973, is the world's largest security-oriented intergovernmental organization that focuses on Europe and surrounding countries, CICA encompasses 26 Asian states, including Azerbaijan, Iran, Kazakhstan and Russia from the Caspian region, as well as Egypt, India, Israel and South Korea. The OSCE has Observer states within CICA, which was kick-started after the fall of the Soviet Union, in 1992.

In 2010, during a CICA summit in Istanbul, Nazarbayev said the two organizations should merge and form what he named the Continental Security Platform, a single body that would provide security in Eurasia.

Maksim Kaznacheyev, a political expert from Kazakhstan, said Nazarbayev’s argument for a merger is likely due to him having spent two decades promoting CICA as the Asian analog to the OSCE.

"The ultimate goals of both organizations - improving the level of security and mutual understanding - are basically the same," Kaznacheyev told Caspian News. "The other matter is that the levels of development of these two organizations are not yet comparable, since the CICA needs to grow, grow its institutions and functions, so that it can fully implement the same set of competencies in the Asian region that the OSCE does in Europe.”

“But in the long term, as the work of CICA becomes more meaningful, it is certainly possible to raise the issue of coordinating the work between these interstate institutions, and this collaboration would be aimed at enhancing security in Eurasia as a whole,” Kaznacheyev added.

CICA’s landmark achievement occurred in 2002, when it passed the Almaty Act calling for the fight against terrorism to be global, comprehensive and consistent, rather than selective and discriminatory. The organization is also credited by some to have prevented a full-scale war between India and Pakistan that same year over the territory of Kashmir, considered South Asia’s “frozen conflict.”

By May 2002, three quarters of India’s land forces and all of Pakistan's forces were deployed along the border.

"The first meeting of the sixteen Asian [member] countries [of CICA] was held in Almaty. And at the same time there was a sharp aggravation between India and Pakistan. The leaders of these states met there and actually, prevented the war," Nazarbayev said last week at the Astana Club forum.

The Kashmir conflict is not the only long-lasting conflict that falls within the purview of CICA. Almost half of CICA member states have experienced security threats ranging from territorial conflicts and skirmishes, to terrorism and extremism.

Azerbaijan continues to deal with military aggression from its western neighbor Armenia, which developed in the twilight of the Soviet Union. The two countries fought a war from 1992 and 1994, which resulted in Armenia occupying Azerbaijan's Nagorno-Karabakh region and seven surrounding districts.

Iran, another Caspian region country, as well as Pakistan – both members of CICA – have been experiencing a guerrilla war since 1948 waged by Baluch nationalists against the governments in Tehran and Islamabad.

Though Kazakhstan has worked hard over the past quarter of a century to create an image of peacemaker and guarantor of political stability in Central Asia, the country has faced its own share of threats, including extremism. In June 2016, a terrorist attack in Aktobe, in the northwestern part of Kazakhstan, resulted in seven deaths and more than 37 injured, rocking the government in Astana. Nazarbayev said the attackers were Salafists and probably included Islamic State militants that had returned to Kazakhstan from Syria.