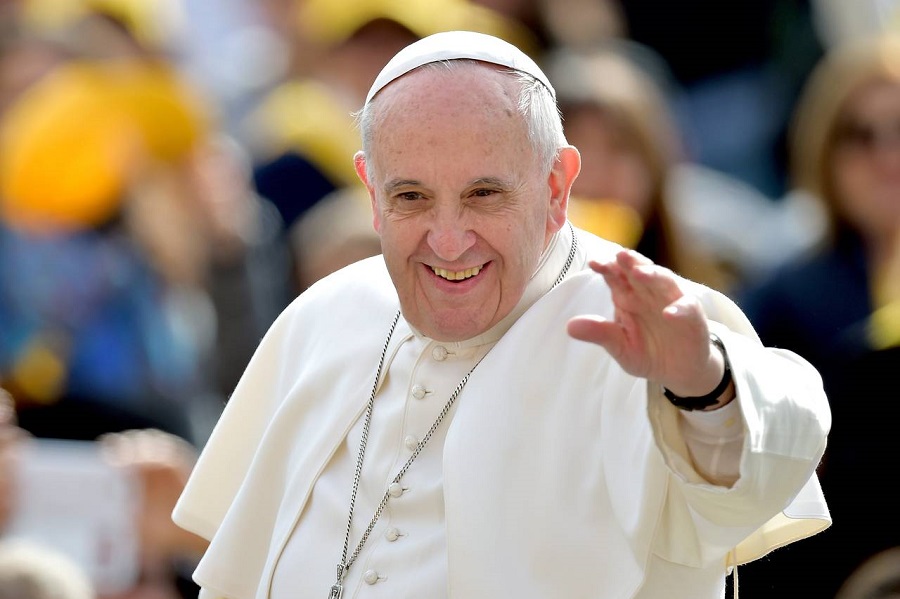 Pope Francis may visit Kazakhstan later this year – that is, if he decides to say “yes” to a recent invitation from Kazakhstan’s President Nursultan Nazarbayev to a Congress of World and Traditional Religions that will be held in Astana, from October 10-11. / Gabriel Bouys / Agence France-Presse/Getty Images

Pope Francis may visit Kazakhstan later this year – that is, if he decides to say “yes” to a recent invitation from Kazakhstan’s President Nursultan Nazarbayev to a Congress of World and Traditional Religions that will be held in Astana, from October 10-11.

“The [Congress] is gaining popularity in many parts of the world, and the Vatican will support the efforts of Kazakhstan President Nursultan Nazarbayev to establish peace and harmony among the followers of all forms of faiths,” said Cardinal Pietro Parolin, who received the invitation on Thursday.

The brainchild of Nazarbayev, the Congress was first held in 2003 and takes place in Kazakhstan’s capital city once every three years. The Congress is meeting this year under the motto “Religious Leaders for a Safe World.”

If Pope Francis accepts the invitation, he will be the first pope to visit Muslim-majority Kazakhstan since Pope Saint John Paul II visited there in late September 2001. At that time there were no more than 100,000 Roman Catholics in the country of what was over 18.5 million. A mass held by the 81-year old pontiff brought together thousands, including Orthodox Christians, Muslims, and representatives of other faiths. Roughly 35,000 pilgrims from 30 countries arrived in Central Asia to join in prayer, after what was less than two weeks following the September 11th attacks in the United States.

Addressing the audience that gathered in Astana, Nazarbayev, who has ruled the country since its creation in 1991, stressed the need to prevent a possible clash between Christians and Muslims.

“The tragedy that took place in the U.S. may cause a split and confrontation among civilizations and religions,” Nazarbayev said at the time.

Nearly two decades later, Kazakhstan still abides by its principles of religious tolerance. The Kazakhstani constitution defines the country as a secular state and provides for freedom of religion and belief, as well as for the freedom to decline religious affiliation altogether.

Today the former Soviet republic is nearing 19 million people and unites more than 100 ethnicities, including Kazakhs, who made up 67 percent of the population; Russians, Uzbeks, Ukrainians, Tatars, Germans, Koreans and Azerbaijanis, amongst others. Nearly 70 percent of the population is Muslim, according to U.S. government data, but more than a quarter of Kazakhstanis are Christian.

The last time a pope visited the Caspian region, of which Kazakhstan is a part, was in 2016, when Pope Francis visited Muslim-majority Azerbaijan on a trip that also included stops in neighboring countries.