NATO’s Secretary General Thanks Azerbaijan for Peacekeeping Efforts in Afghanistan 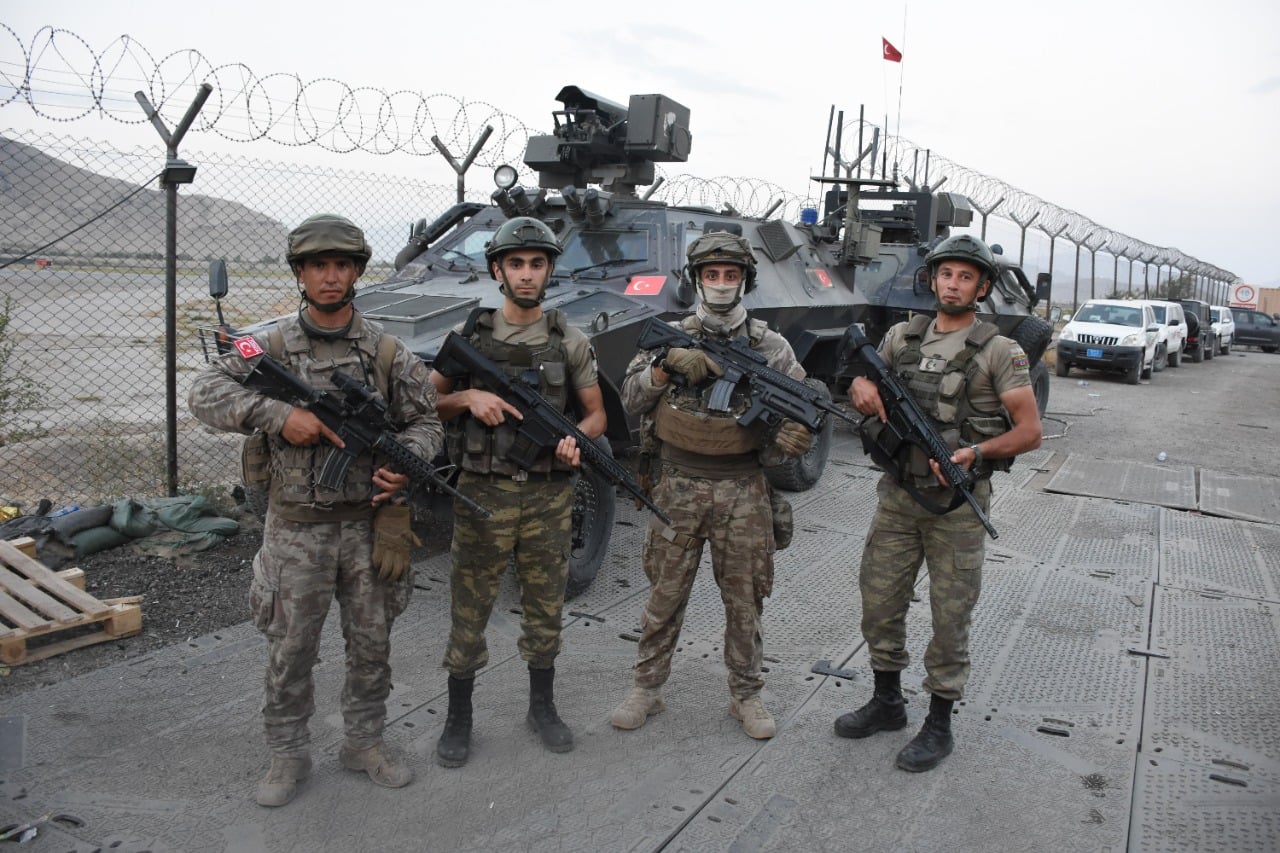 NATO Secretary-General Jens Stoltenberg has highlighted the contribution of peacekeeping forces that continued to safeguard the security of the Kabul airport in Afghanistan after the Taliban overthrew the Afghan government and retook control of the country last week.

Stoltenberg has highlighted the service of the military forces of NATO allies and Azerbaijan, the only NATO partner country that has not withdrawn its forces from Afghanistan.

“I also thank the military forces of NATO Allies, in particular Turkey, the United States, and the United Kingdom, and our partner Azerbaijan, for their vital role in securing the airport. And I thank all the Allies who have today pledged to receive Afghans at risk,” he said in a press conference that followed an extraordinary meeting of NATO Ministers of Foreign Affairs on August 20.

Stoltenberg added that NATO’s presence and the support of the whole international community have helped Afghans achieve unprecedented social, economic and political progress over the years. NATO now expects the Taliban to uphold its commitments, stop violence around the country, and stand by the fundamental rights of all Afghans, according to the NATO top official.

The US and its NATO allies entered Afghanistan in 2001, shortly after the 9/11 attacks took place in New York. The Taliban, which controlled Afghanistan at that time, was confirmed to shelter the mastermind of the attacks, Osama Bin Laden.

In 2015, Azerbaijani peacekeepers joined Resolute Support – the NATO-led train, advise and assist mission in Afghanistan, which followed ISAF. As of May 2021, 120 Azerbaijani peacekeepers served there, including two medical officers, six staff officers, and soldiers. In addition to ground support, Azerbaijan has been helping transport goods to allied forces, making military logistics easier and faster. Around 40 percent of cargo destined for NATO troops in Afghanistan passes through Azerbaijan.

Photos and video footage showing Azerbaijani servicemen have gone viral over the recent days. In a video aired by Anadolu Agency, they are seen patrolling through the Hamid Karzai International Airport in Kabul along with the Turkish forces. Turkish and Azerbaijani flags are also seen waving over the airport.

“Despite the very difficult situation, we are trying to establish tranquility and peace here [at the airport] with our Turkish brothers,” one of the Azerbaijani peacekeepers said.

The Afghan government conceded the power to the Taliban after it captured Afghanistan’s capital on August 15 to regain control 20 years after being ousted by US-led forces.

The militant group first rose to power in Afghanistan in 1996 and ruled most of the country until October 2001. In April 2021, US officials said President Biden would withdraw all American troops from Afghanistan through September 11, 2021. Simultaneously with the withdrawal of the US servicemen, the Taliban launched a massive offensive recapturing swaths of land, including major cities and provinces.

The fall of Kabul on August 15 has become the last phase of the Taliban’s return to power. Militants entered the presidential palace in the capital city to finalize what was said to be the peaceful transition of power. Afghan President Ashraf Ghani left the country to avoid “bloodshed.”

The Taliban forces are now controlling all ground-based border crossings. Foreign diplomats and citizens of some countries have been leaving Afghanistan via the Kabul airport.