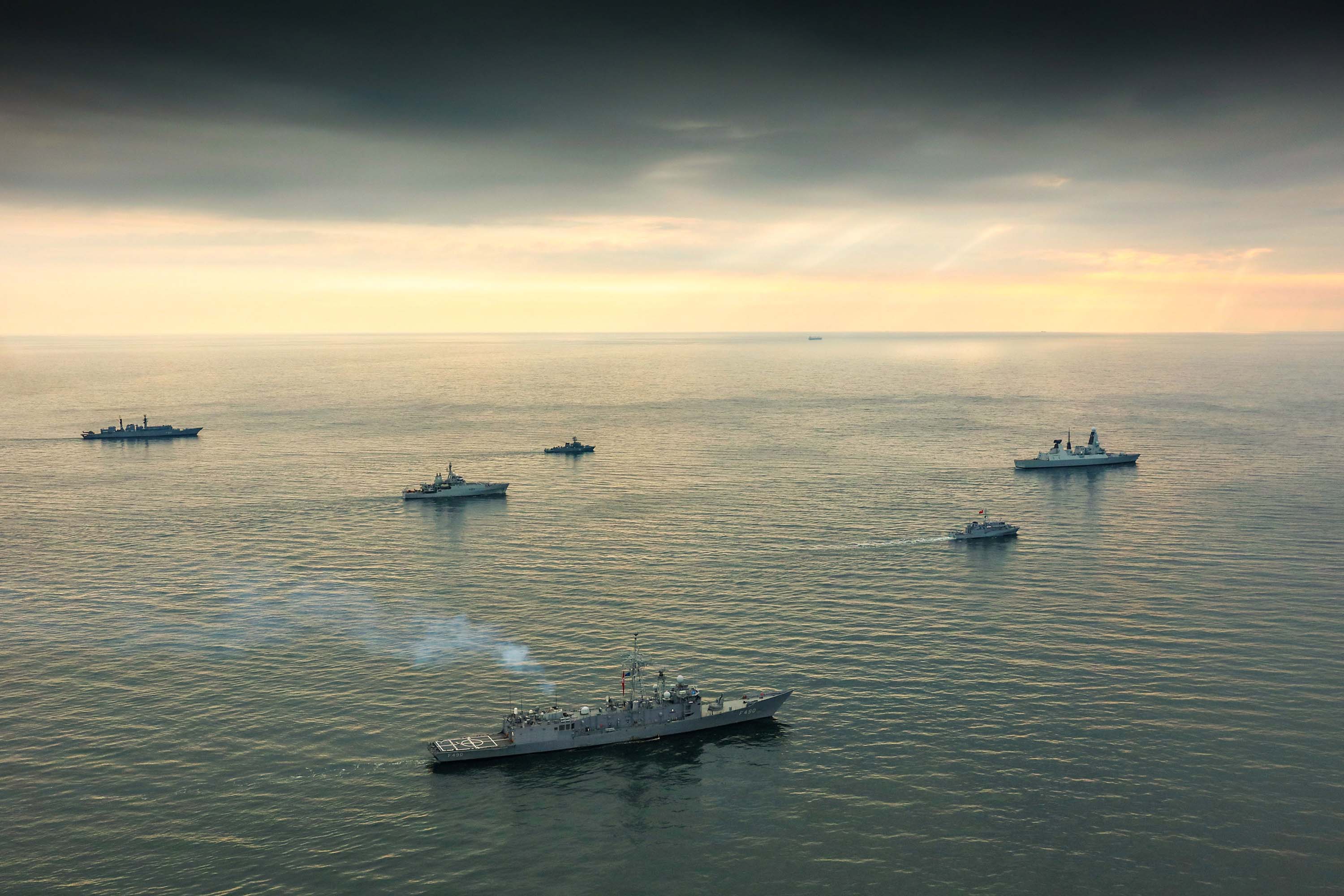 The Black Sea is located at an important economic and geopolitical crossroads on the Eurasian landmass. The region contains oil and gas resources, key energy pipelines, shipping lanes and fiber-optic cables.

Tensions between the North Atlantic Treaty Organization (NATO) and Russia continue to rise due to the alliance’s naval maneuvers in the Black Sea bordering Russia.

Speaking at a weekly press briefing, Director of the Information and Press Department at Russia's Foreign Ministry Maria Zakharova voiced Moscow's concerns over growing NATO military activity last week when a group of US and Turkish naval ships supported by aircraft held a joint naval exercise in Black Sea waters to practice hunting for a simulated enemy’s submarine.

"Anyone can see that the exercise has a clear anti-Russia push," Zakharova said during the briefing issued on the Russian Foreign Ministry's official website on Thursday, adding that military actions near Russian borders threaten peace and stability. "It seems as though the US 6th Fleet wants to find an enemy in the Black Sea, but they are searching in vain."

According to a press release published by United States Navy on February 10, the Arleigh Burke-class guided-missile destroyers USS Donald Cook, USS Porter, and a US Navy P-8A from Patrol Squadron 46 participated in joint air and surface exercises with Turkish frigates TCG Orucreis and TCG Turgutreis, and two Turkish F-16 fighters alongside reconnaissance aircraft in the Black Sea.

The Black Sea is located at an important economic and geopolitical crossroads on the Eurasian landmass. The region contains oil and gas resources, key energy pipelines, shipping lanes and fiber-optic cables.

For Russia, the Black Sea is of particular importance for economic and geostrategic reasons. Throughout history, Russia’s Black Sea ports, as the country’s only warm water ports, have always served its economic interests. The control of the Black Sea also means total control over the Sea of Azov - a small body of water surrounded by Russia and Ukraine connected to the Black Sea by the Kerch Strait.

The exercise comes amid years of rising tensions between Russia and its neighbors. NATO suspended relations with Russia after the Ukrainian crisis in 2014, while Moscow views the alliance’s eastward expansion as a threat to national security.

"Officials from the Pentagon and the State Department released provocative-sounding statements about Washington and its allies allegedly 'contributing to the strengthening of security in Europe' with this exercise," Zakharova said, questioning NATO's actions, which are claimed to achieve increased security. "It is highly questionable for everyone to see how F-16 jets would do that."

What is already strained relations between NATO and Russia are unlikely to go uphill since, according to the "NATO 2030: United for a New Era" report released earlier this month, Russia would remain a significant threat to NATO in the coming decade.

Speaking alongside Ukrainian Prime Minister Denys Shmyhal earlier this month, NATO’s Secretary General Jens Stoltenberg voiced concerns over the Russian military buildup over the last years and said in remarks that the matter is closely being monitored at NATO.

"It (Russian military buildup) has triggered the largest and strongest reinforcement of NATO's collective defenses since the end of the Cold War," Stoltenberg said.