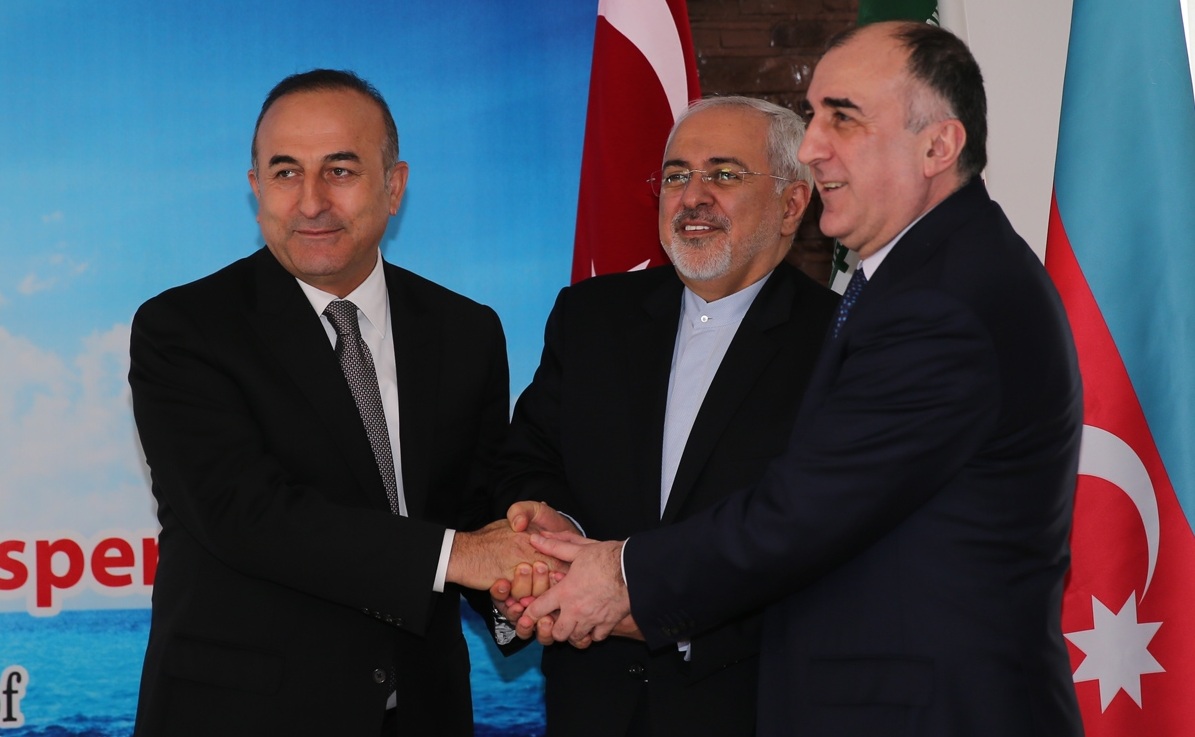 Regional neighbors Azerbaijan, Turkey, and Iran are poised to keep up their commitments to trilateral cooperation, as their foreign ministers are set to meet in Baku in the near future, according to remarks made by Iran’s ambassador to Azerbaijan Javad Jahangirzade and reported by Azerbaijan’s Trend news agency on Tuesday.

Jahangirzade did not disclose the date and agenda of the fifth trilateral meeting of ministers, which will include Elmar Mammadyarov from Azerbaijan, Turkey’s Mevlut Chavushoglu and Iran’s Javad Zarif. The last trilateral meeting took place in Ramsar, Iran on April 5.

“We don’t have exact information about the date and topics to be discussed at the meeting,” Spokesman for the Foreign Ministry of Azerbaijan Hikmat Hajiyev told Caspian News. “However, the meeting is expected to focus primarily on developing regional cooperation, as well as improving goodwill amongst the countries.”

The trilateral format was launched six years ago to address regional issues such as fighting terrorist threats, combating human trafficking, developing the region’s economy, including the tourism sector, and strengthening cooperation within regional and international organizations. Transportation and energy-related concerns have also topped the group’s agendas since it first met in Iran in 2011. Since then, the group has held meetings in Azerbaijan in 2012, Turkey in 2014 and in Iran in 2016.

As for what is to be discussed in Baku, analysts believe regional security and “frozen conflicts” will be on the agenda.

“The Nagorno Karabakh conflict – ending Armenia’s occupation of Azerbaijani lands – could be discussed in Baku,” Elkhan Shahinoglu, the head of the Baku-based Atlas Research Center, told Caspian News. “Turkey and Iran are influential enough to have an impact on the leadership of Armenia for accelerating the settlement of the conflict.”

The dispute between Azerbaijan and Armenia, two South Caucasus neighbors, over the Nagorno-Karabakh region in Azerbaijan erupted during the dying days of the Soviet Union. In 1988, after Armenian power-brokers laid claim to the region due to its heavy ethnic Armenian population, tensions escalated.

By 1992, after the USSR was dissolved and Armenia and Azerbaijan became independent, a full-scale war erupted and led to Armenia occupying Nagorno-Karabakh and seven surrounding districts. By 1994, after Russia brokered a ceasefire, Azerbaijan had lost around 20 percent of its internationally recognized territory to Armenian occupation.

“Given the prevailing problems and crises in the region, all-out efforts should be made so that we will never witness the escalation of any new problem and crisis,” Iranian Foreign Minister Javad Zarif said at last year’s trilateral meeting.