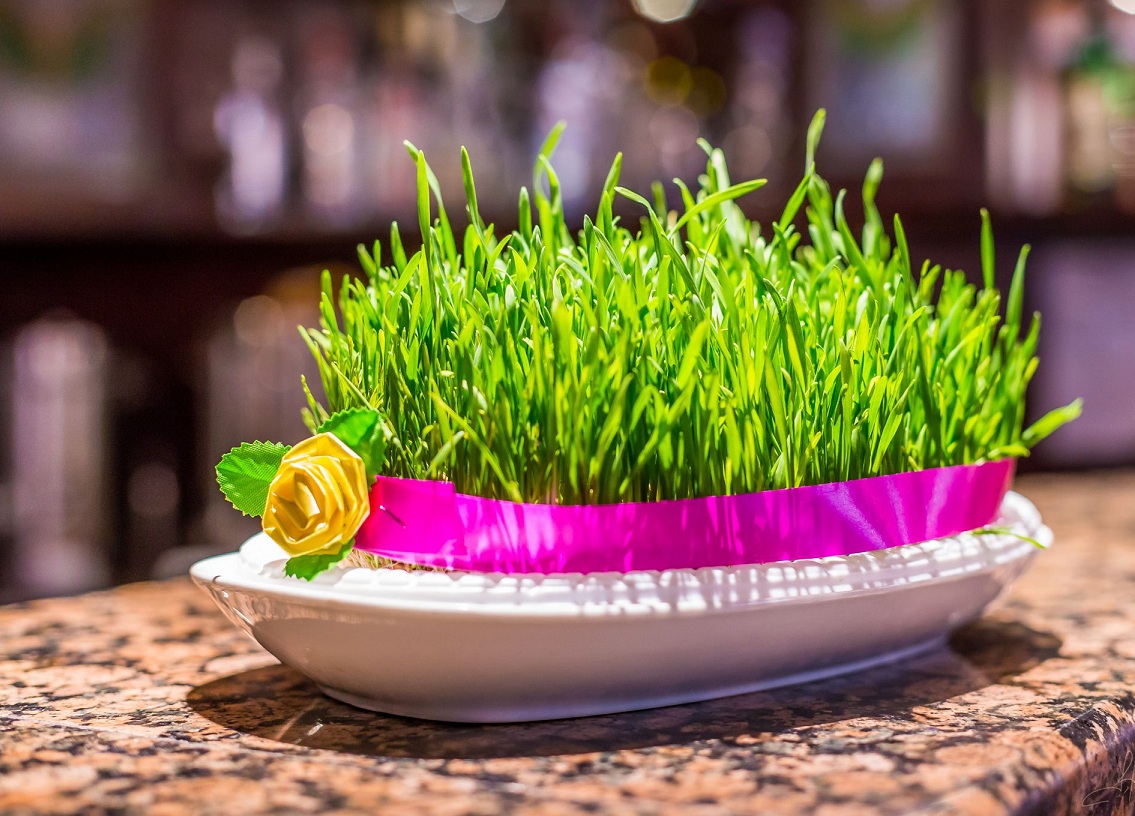 As one of the attributes starting with "s," səməni (green spouting wheat) symbolizes the revival of nature and abundance / Faik Nagiyev / Pinterest

Novruz holiday festivities are still celebrated by 10 million population of Azerbaijan and a special table is prepared with specific foods that are must-have for this ancient and popular holiday.

Azerbaijanis put seven foods that begin with "s" on the holiday table for symbolizing the traditions of Novruz holiday.

“This is associated with the belief in the success that will be brought by number 7, which is considered to be sacred,” Gasimli explained.

Next to the specific foods of Novruz, there are two central personages - kosa and kechal that are seen in almost all rituals observed throughout the holdiay. Kosa translates as “beardless” and kechal means “bald” in English. There are different explanations for these two such as the number seven symbolizes the layers of the atmosphere as it is revealed in Islam’s holy book of Quran and the kosa-kechal duo represents the spring’s arrival.

Gasimli said most of the people think that kosa and kechal are the symbols of spring, while folkloric sources introduce them as the characters of winter.

“Historically, there were two goats at the ceremony: one old and one young goat. The young goat enters the ceremony, drives the old goat out with its horns, meant to greet the new year and bid a farewell to the old one. At the ceremonies held now, kosa hangs a tiny bell on his neck to symbolize the goat.”

Traces of mysticism can also be found in pastries that are peculiar to Novruz, namely the shekerbura, goghal, and pakhlava. Each of these sweets bears a symbolic meaning pertaining to the sky, the sun, the moon and the stars.

Round shaped, toasted crispy orange-yellow goghal depicts the sun, while the half-circle shaped shekerbura and its decorative surface patterns represent a half-moon. The diamond-cut shape of pakhlava with four angles are said to portray four corners of the world. In other versions, the seven-fold thin dough of pakhlava cut into diamond shapes and a hazelnut kernel atop the center represents the sky and stars, respectively. 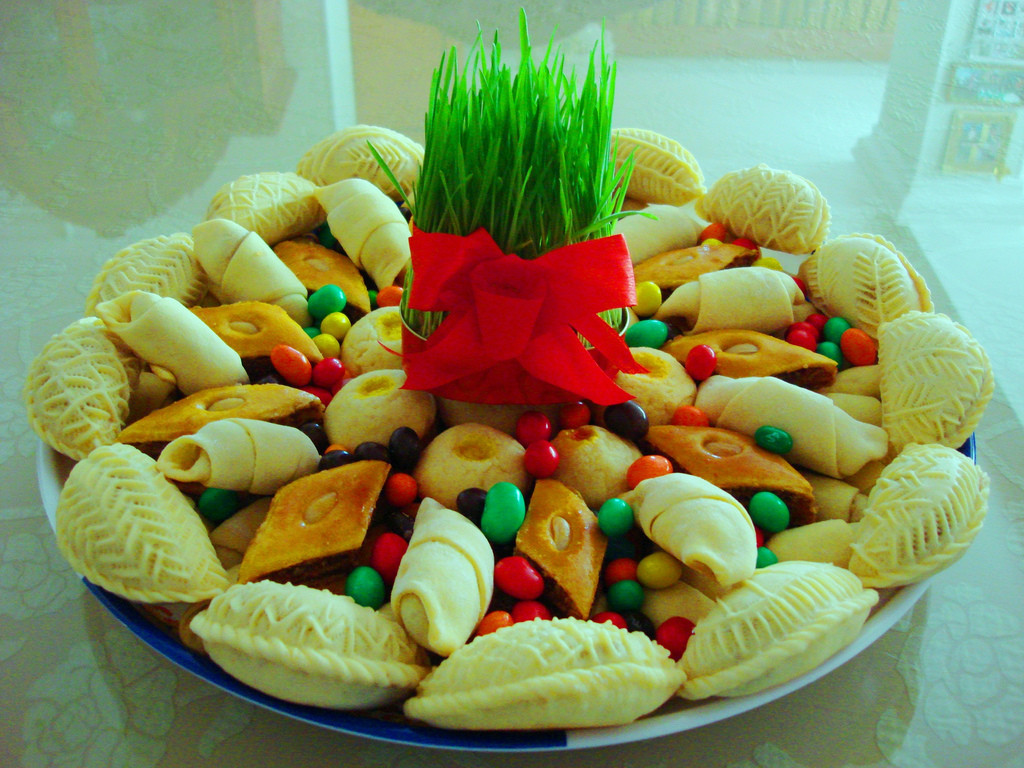 Traces of mysticism can also be found in pastries that are peculiar to Novruz, namely the shekerbura, goghal, and pakhlava