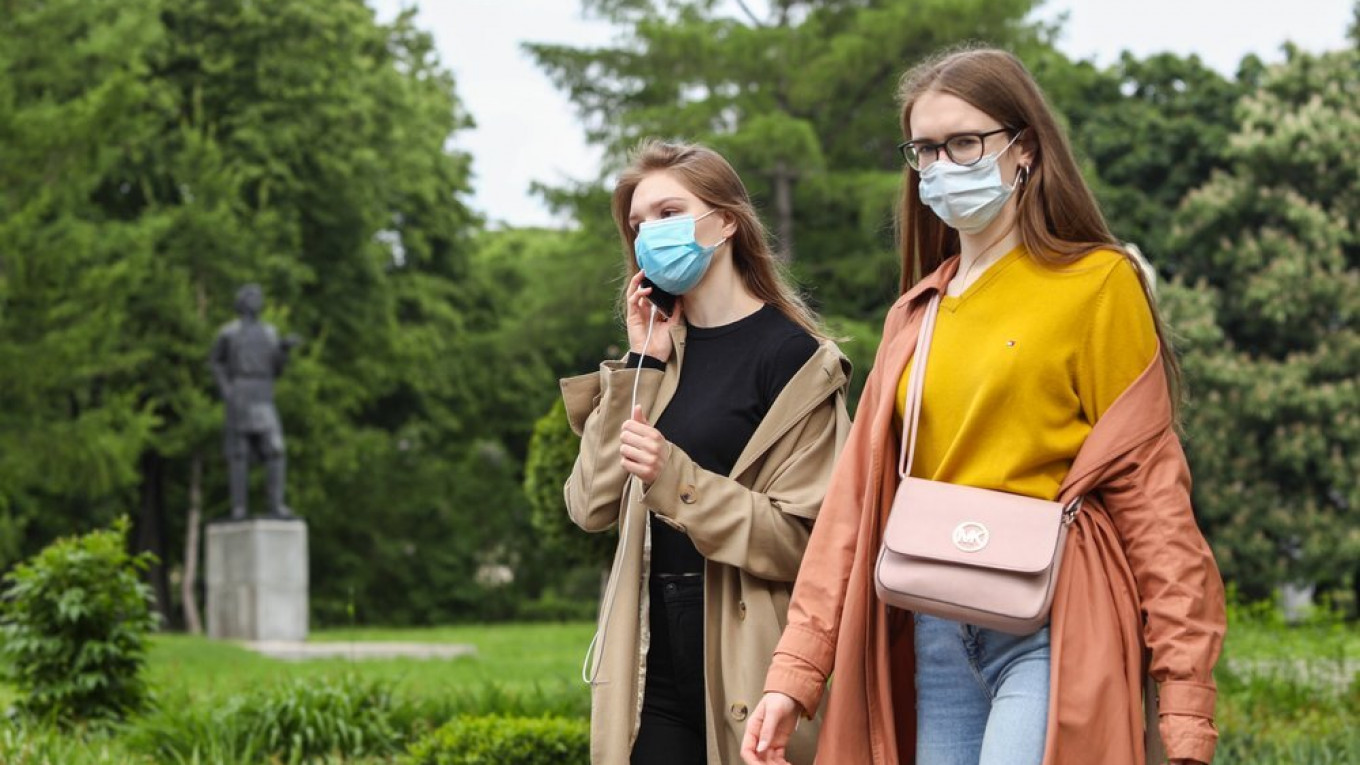 Although the rate of new daily cases remains high, the country's government recently ended the lockdown in Moscow after two months of stay-at-home orders, while travel restrictions have been reduced. / Kirill Zykov / Moskva News Agency

Just weeks after emerging from a lockdown, officials in Moscow are pushing ahead with a phased plan to ease restrictions aimed at curbing the spread of Covid-19, with most business and leisure activities expected to resume by next month.

Speaking in an interview broadcast on Russia 1 TV Channel, Moscow's Mayor Sergei Sobyanin said restrictions on visiting sports and public events, cinemas and theaters may be lifted in July. However, he added that the decision would depend on the circumstances.

"We will be looking at the epidemiological situation, how it will develop," RIA Novosti quoted Sobyanin as saying on Sunday. "In general, all subsequent permissions will be related to what the situation is. If it worsens, we will postpone these time frames, if we see that it remains, we will allow a gradual return to normal life."

After the coronavirus hit Russia in March, Russian authorities introduced various measures, including the closure of all cafes, shops, parks and other non-essential services in an effort to slow the spread of the virus.

A stay-at-home order was imposed on Moscow since March 30, while 12.5 million residents have only been allowed to leave their homes for important activities, such as grocery shopping, walking dogs, or commuting to essential jobs.

Although the rate of new daily cases remains high, the country's government recently ended the lockdown in Moscow after two months of stay-at-home orders, while travel restrictions have been reduced.

Russia's coronavirus restrictions are expected to be scaled back in three different stages. From June 9, the self-isolation regime was canceled for everyone, including for people over 65. In addition, beauty salons, vet clinics, photo, video and sound studios, scientific institutions, recruitment agencies and car-sharing services resumed their work.

The second stage, which is set to start on June 16, will see the reopening of summer terraces of restaurants, dentist clinics, museums, exhibition halls, libraries, realtors, and advertisement agencies. During the final stage beginning on June 23, swimming pools, gyms, kindergartens, restaurants and river cruises will be re-opened.

Meanwhile, the total number of confirmed coronavirus cases in Russia has surpassed 537,000 as of Monday, while the death toll climbed to 7,000, according to the official data. Russia now also has the third-highest number of confirmed infections worldwide, behind the United States and Brazil.

The lifting of virus restrictions comes ahead of two key political events, which were rescheduled due to the coronavirus pandemic - namely Moscow's Victory Day Parade and a historic referendum on constitutional changes that would allow President Vladimir Putin to run for additional terms in office.

The military parade that will mark the 75th anniversary of the Soviet victory in World War II was delayed from May 9 to June 24, while the referendum, originally scheduled for April 22, was rescheduled for July 1.