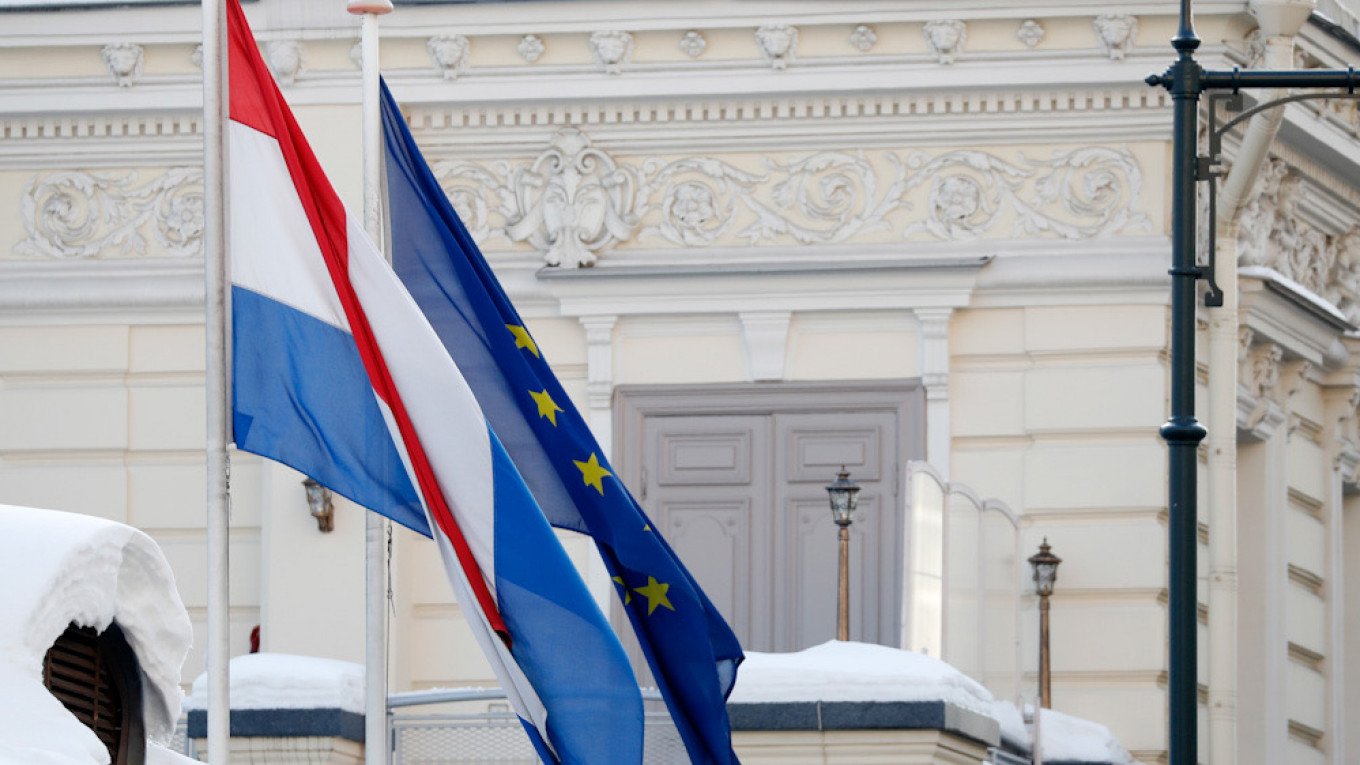 Moscow’s decision to expel employees of the Dutch embassy comes after two Russian diplomats had been declared persona non grata in the Netherlands last December. / TASS

Russia’s Foreign Ministry has expelled two Dutch diplomats in retaliation after the expulsion of two Russian diplomats by the Hague on suspicion of espionage, which the Kremlin dismissed as absolutely groundless claims.

The ministry said in a statement it summoned Dutch charge d’affaires Joost Reintjes on Monday to inform him that two Dutch diplomats had been ordered to leave Russia within two weeks.

Moscow’s decision comes after two Russian diplomats from the country’s embassy in the Netherlands had been declared persona non grata last December, “due to actions incompatible with their diplomatic status.” According to the Dutch intelligence service (AIVD), the decision was made after they had uncovered an espionage network in the Netherlands targeting the high-tech industry. Officials in AIVD are convinced that the interest of the Russian diplomats “went towards getting more information about artificial intelligence, semiconductors, and nanotechnology.”

Meanwhile, Moscow has said the expulsion of its diplomats from the Hague was unjustified, describing the allegations as “groundless” and accusing the Netherlands of deliberately undermining international relations.

“Once again, the Dutch authorities have resorted to their favorite method of making unfounded and slanderous accusations,” reads the statement issued by the Russian Foreign Ministry.

“This unfriendly and provocative step, as well as a new round of anti-Russian hysteria organized by the Hague with the help of pro-government media, demonstrated the lack of common sense and understanding in the Dutch power circles, as well as the tendency towards the further deliberate undermining of the basics of the Russian-Dutch relations.”

At the same time, Dutch Foreign Minister Stef Blok said in a statement that the Dutch diplomats in Moscow “did their work for the Netherlands in a professional and committed manner.”

“They have now completely unjustly and through no fault of their own been expelled by Russia,” Washington Post quoted Blok as saying.

Mutual expulsions of diplomats have risen in recent months across Europe amid growing tensions between Moscow and the West. Over the past year, at least 13 Russian diplomats in Europe had been expelled for various reasons, but mainly on accusation of espionage.

Russia-Dutch relations have been strained over the investigation into the 2014 downing of Malaysia Airlines Flight MH17 over eastern Ukraine. All 298 people on board, most of whom were citizens of the Netherlands, died in the crash. In 2018, the government of the Netherlands announced that they held Russia responsible for the deployment of the Buk missile launcher that brought down the plane. Russia, however, had repeatedly denied its involvement in the plane crash.