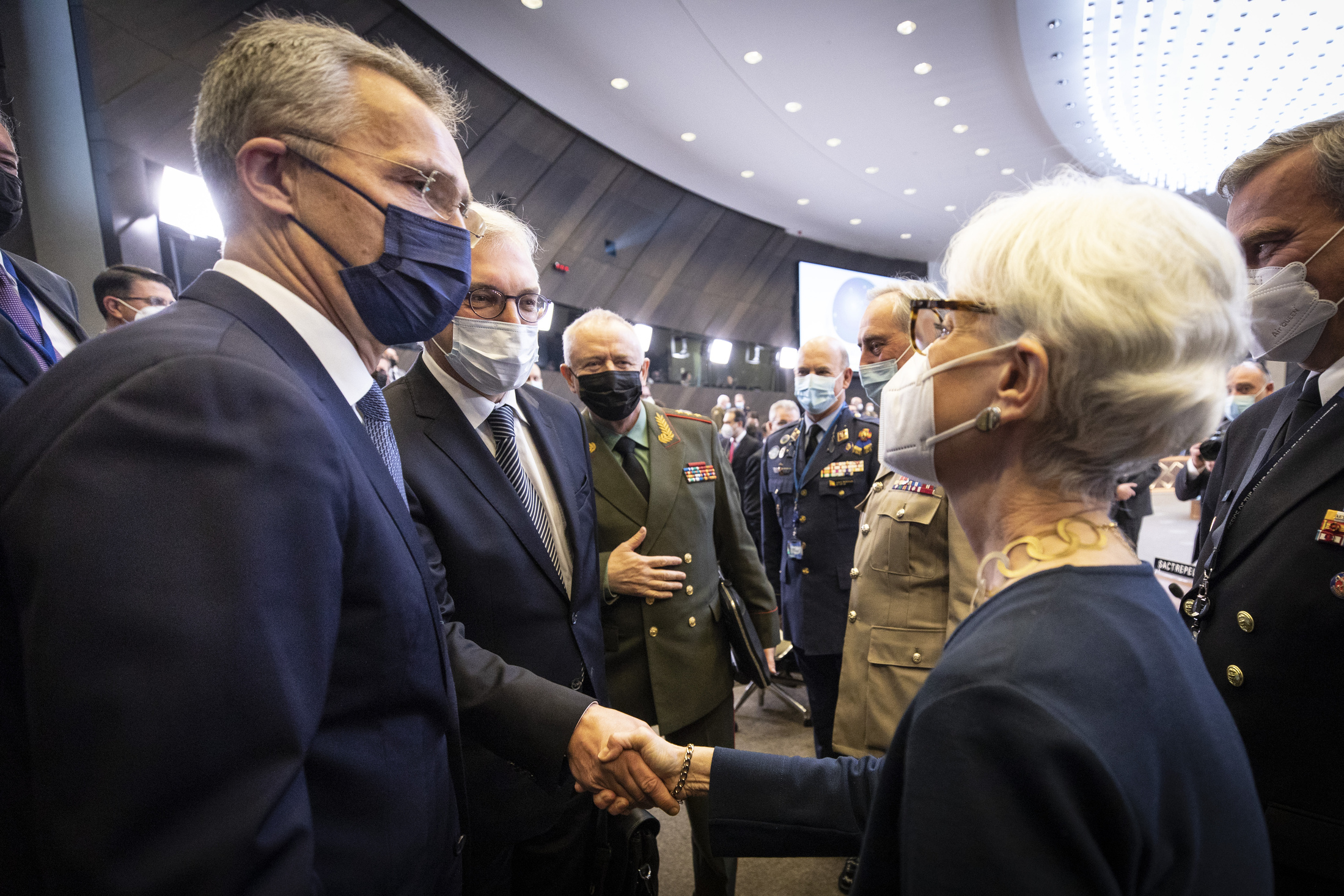 Three rounds of high-stakes diplomatic talks held this week between Russia and the West over NATO’s eastward expansion and Russia’s troops massing at the border with Ukraine seem to hit an impasse. Yet, Moscow still hopes that the United States and North Atlantic Treaty Organization (NATO) respond to Russia’s security demands.

In an interview aired on the Rossiya-1 television channel, Russia’s Foreign Minister Sergey Lavrov said that Moscow expects the US and NATO to provide a written, point-by-point response to Russia’s security demands by next week.

“We are waiting for our colleagues to provide their answers in writing, just as we did with our proposals. We will continue working to prepare for any eventuality,” Lavrov said on Friday, following a tough week of talks.

“We are convinced that mutually acceptable solutions can be found when there is goodwill and readiness for compromise,” the top Russian diplomat added.

Officials from Russia and the United States met on Monday in Geneva, where Moscow demanded formal guarantees that Ukraine would never join NATO and that the alliance would pull back its forces from Eastern Europe. On Wednesday, the Russian delegation held talks with 30 NATO member states at the alliance’s headquarters in Brussels. In addition, a round of discussions within the Organization for Security and Cooperation in Europe (OSCE) was held in Vienna on Thursday.

During the talks, the Russian delegation mainly focused on the draft agreements Moscow published in December, which envisage that NATO denies membership to Ukraine and other former Soviet countries and roll back the alliance’s military deployments in Eastern Europe. The proposals suggest parties should settle disputes by “peaceful means and refrain from the use or threat of force in any manner inconsistent with the purposes of the United Nations.”

Russia has repeatedly voiced concerns over NATO expansion into countries formerly dominated by the Soviet Union and located along Russia’s borders. Now, officials in Moscow seek legally binding security guarantees excluding any further NATO expansion eastward and deployment of its weapon systems in close vicinity to Russian territory amid rising tensions over Ukraine. The Kremlin believes that NATO assistance to Ukraine means the former Soviet country is becoming a de-facto part of the alliance.

Although a deep divide remains between Russia and NATO over Ukraine following the talks, Moscow remains positive on the matter.

“The Western reaction has consisted primarily of a categorical rejection of ending NATO’s open-door policy. But Russia is not bound by any agreements within NATO. We, the Americans, Europeans, NATO members, and neutral states are firmly bound by agreements and political commitments within the OSCE framework. In this context, OSCE provides us with a legal framework solely because, in the 1990s, an agreement was reached to the effect that undermining indivisible European security and strengthening one’s own security at the expense of others is unacceptable,” Russia Foreign Minister Lavrov said in an interview on Friday.

Tensions between Moscow and Washington reached a boiling point when the US accused Russia of plotting an imminent invasion of Ukraine after tens of thousands of Russian troops were stationed along the Ukrainian border.

Russia has repeatedly claimed that it is free to move its troops within its borders and has no plans to attack Ukraine, yet, the US has threatened sanctions on an unprecedented scale if it does.