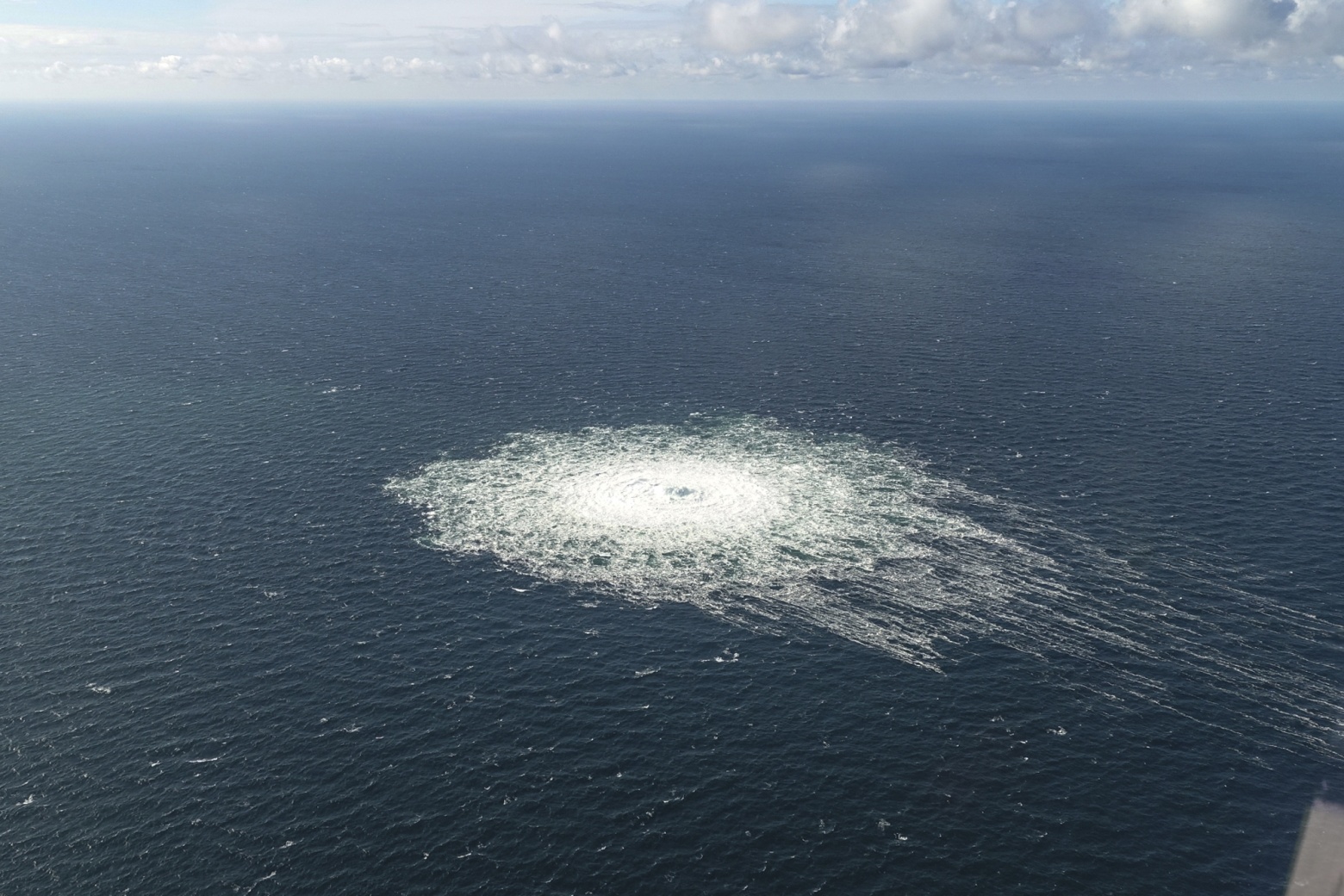 Large amounts of natural gas have been pouring into the Baltic Sea since Monday through four separate leaks on the two Nord Stream pipelines built to deliver Russian gas to Europe. / Armed Forces of Denmark

Moscow is pointing to Washington as the cause of two explosions that led to massive leaks from two major undersea pipelines carrying Russian natural gas to the EU through the Baltic Sea.

In a statement issued on the Telegram channel on Thursday, the Russian embassy in the US questioned whether Washington caused mystery undersea gas pipelines leaks in Europe, drawing attention to the threats made by US President Joe Biden.

“We note the attempts by some US legislators to put blame on Russia for the incidents that occurred on Nord Stream 1 and Nord Stream 2 gas pipelines,” the statement reads.

“Perhaps, they have a better view from the top of Capitol Hill. But if that is the case, they must also have seen the U.S. warships’ activities at the very site of the Russian infrastructure disruption just the day before. Or noticed drones and helicopters fly over there. Or observed U.S. Navy exercises with underwater explosives that have been conducted in the same area some time ago. Finally, they should have recalled the promises made by President Biden to “bring an end” to the Nord Stream 2 project.”

Large amounts of natural gas have been pouring into the Baltic Sea since Monday through four separate leaks on the two Nord Stream pipelines built to deliver Russian gas to Europe. On Monday morning and evening, seismologists recorded explosions in the Swedish and Danish waters where Nord Stream 1 passes the island of Bornholm. On Thursday, Sweden found a leak on Nord Stream 2, the fourth discovered this week.

“What is obvious to us is that those who ponder about the incident seem to forget to ask the main question: who benefits from the pipelines’ rupture? The answer is on the surface. The decades-long energy trade between Moscow and Europe has long turned into an eyesore for Washington strategists. Unable to offer a decent alternative to reliable and, no less importantly, cheap supplies of gas, the U.S. decided to “squeeze out” Russia as a competitor using non-market methods and sanctions. Washington is trying hard to get its allies hooked on an expensive and environmentally unfriendly “LNG needle,” the embassy wrote.

The leaks hit the Nord Stream 1 pipeline, which has been shut down completely since early September, and its planned twin Nord Stream 2, which never went into service amid worries that it would worsen Europe’s dependence on Russian natural gas. Although neither pipeline was operating at the time, both pipelines were still full of gas, which bubbled to the surface in an area a kilometer wide on the sea's surface.

Dan Jorgensen, the Danish Energy Minister, said that the leaks will likely continue for at least a week until all the gas in the leaking lines had been used up. Swedish intelligence has launched an investigation into the case.

Western countries prompted to suggest that the damage to the pipelines between Russia and Germany was deliberate. While no mention was made of Russia, its involvement has been heavily implied.

Kremlin Spokesman Dmitry Peskov has dismissed the suggestion of Russia being implicated in the attack as “predictable, stupid and absurd.”

“Are we interested in this? No, we are not interested, we have lost gas supply routes to Europe,” Peskov told reporters on Wednesday.

Russia has previously been accused of using gas supplies as a weapon against the West in retaliation for its support for Ukraine.