Military Hardware Is On Full Display At ADEX Defense Exhibition 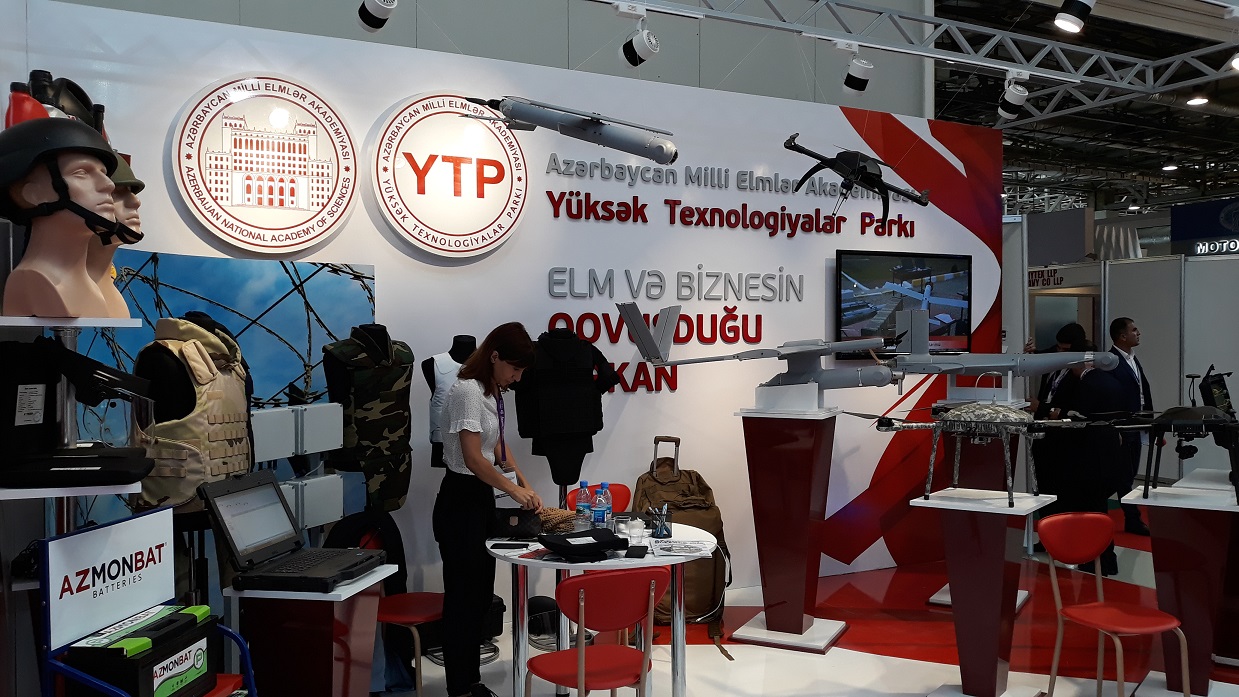 Azerbaijan, the strongest military in the South Caucasus region, has over 270 different weapons and other materiel on display at ADEX 2018 / Caspian News

High-end defense products from around the globe went on display at the three-day ADEX 2018 International Defense Exhibition in Baku, which kicked off on Tuesday and wraps up today.

“This exhibition has very strong messages,” Edward Strachan from Caspian Event Organizers, which is responsible for the event, told Caspian News. “This helps us support strategic developments of Azerbaijan’s defense sector.”

Now in its third year, the exhibition has brought 224 companies from 29 countries together at the flamboyant Baku Expo Center, located on the outskirts of Azerbaijan’s capital city. Leading companies in aerospace defense systems, arms, ammunition, electro-optical equipment and systems, electronic warfare systems, internal (domestic) security and radar systems are demonstrating their cutting-edge produces with hopes of attracting new customers.

Eleven countries, including Azerbaijan, Iran and Russia within the Caspian region, are participating as is Israel, Turkey, and European states. With 41 companies, Turkey represents the largest national presence this year.

Azerbaijan, the strongest military in the South Caucasus region, has over 270 different weapons and other materiel on display at ADEX 2018. Four brand new weapons being showcased include the 8.6 x 70 mm caliber Vashag and the 12 x 108 mm ST-12.7 sniper rifle. A 250 kg, high-explosive air bomb called QFAB-250 LG, produced jointly by Azerbaijan and Turkey, is another newcomer. 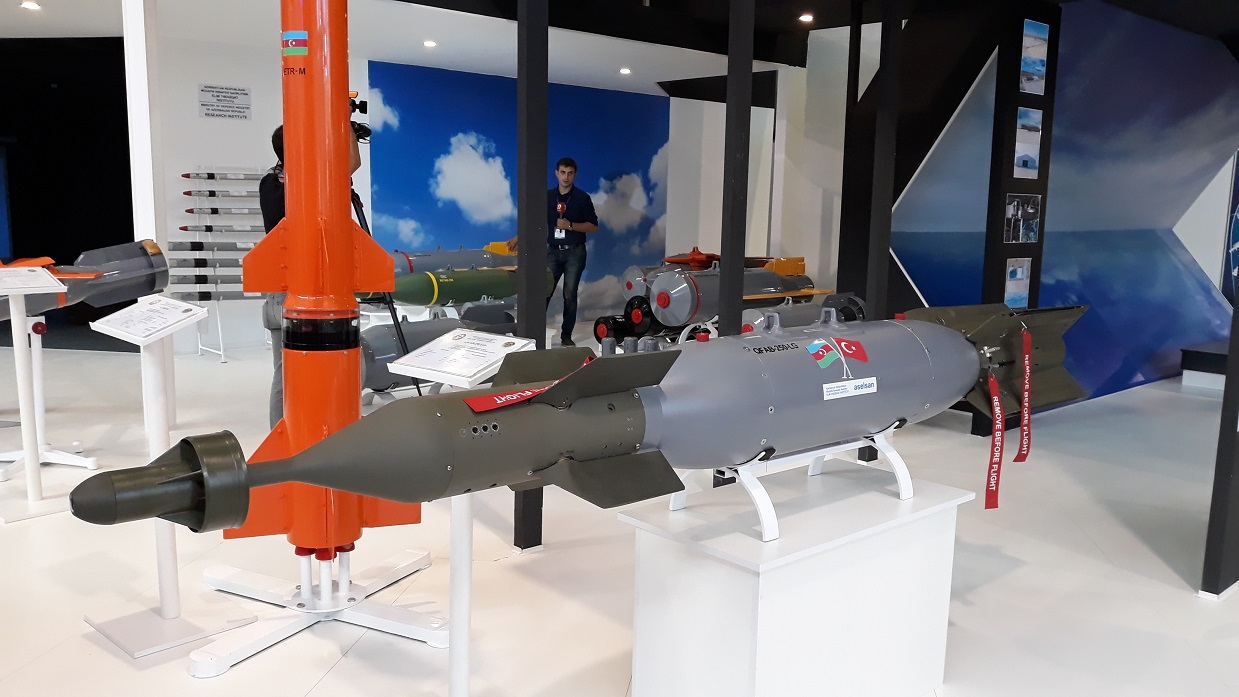 “For now this is a concept, however, we’re in talk with sponsors to kick production into gear sometime from the end of 2018 to early 2019,” Fataliyev told Caspian News.

“Our interceptor boats are compatible with both military and civil use. The 17 meter-long fast attack boat accelerates uniformly to a speed of 70 nautical miles or around 130 kilometers per hour, which would be the fastest in the Caspian Sea.”

“Neither Russia and Iran nor Kazakhstan has this type of high-speed boats in their Caspian flotilla. I would even say the Black Sea flotillas don’t include such speedy skiffs, which would be,” Fataliyev told Caspian News. 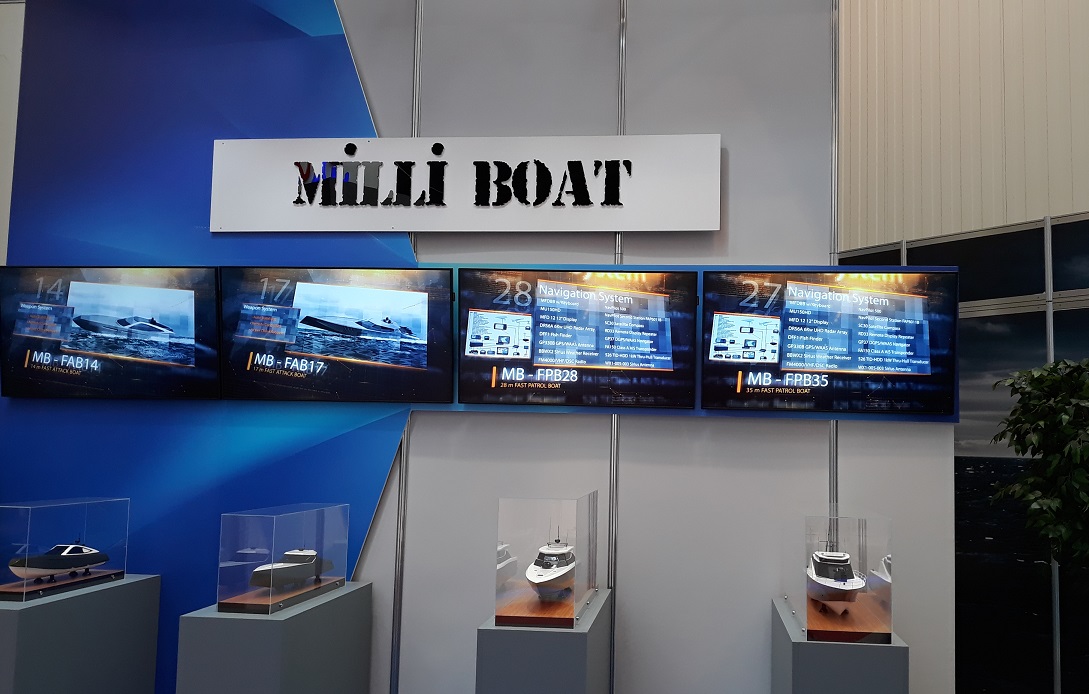 Idan Segev, a Vice President at Magal Security Systems Company from Israel, said ADEX is a unique platform to expand business in the Caspian region.

“We are here to find new partners and explore the ways of expanding our business,” Segev told Caspian News. “We have already provided the international airport in Baku with security systems [and] we did a project in Russia a few years ago. But, for now, the main country for us in the region is Azerbaijan.”

“We work extensively in oil and gas sphere and we have one big project [in Azerbaijan]. There is a lot of oil and gas business in Azerbaijan, which sets to supply gas from the Caspian Sea through Turkey to Europe.”