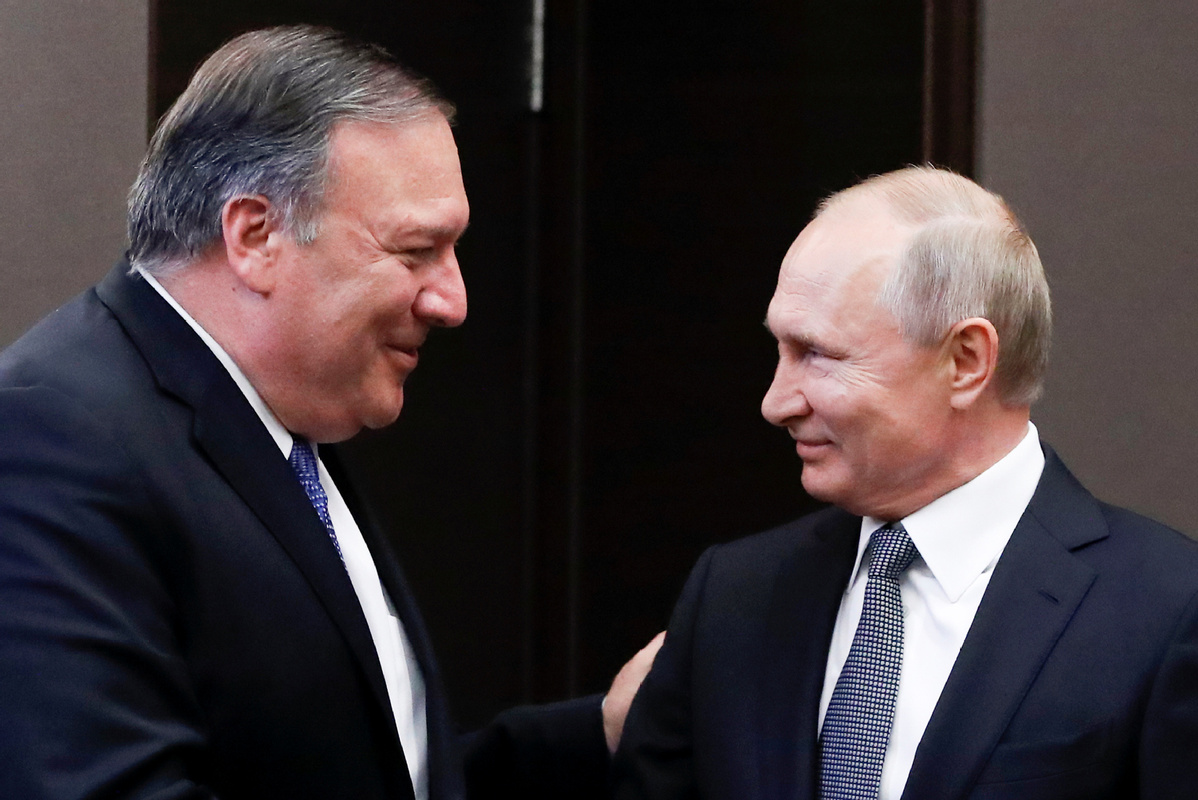 U.S. Secretary of State Mike Pompeo on the left and Russian President Vladimir Putin on the right greet each other prior to their talks in the Black Sea resort city of Sochi, Russia, May 14, 2019.

U.S. Secretary of State Mike Pompeo’s visit to Russia on Tuesday helped inject new life into a relationship that has been strained since 2014.

President Vladimir Putin, who held an hour-and-a-half meeting with Pompeo, was upbeat.

“I would very much like your visit to Russia - and as the Secretary of State you came to our country for the first time - to benefit our bilateral relations and contribute to their development,” RIA Novosti quoted Putin as saying on Tuesday during his talks with Pompeo, who also met with Foreign Minister Sergei Lavrov.

Alleged interference by Russia in the 2016 U.S. presidential election, the crisis in Ukraine and annexation of Crimea have all contributed to a relationship that has been icy for decades, even after the end of the Cold War. More recently, economic sanctions imposed by the Trump administration in 2017 – called the Countering America's Adversaries Through Sanctions Act (CAATSA) – the withdrawal from the Intermediate-Range Nuclear Forces Treaty (INF) earlier this year, have only aggravated the relationship.

But both sides remain upbeat.

“I am here today because President Trump is committed to improving this relationship,” Pompeo told Lavrov during what was Pompeo’s first diplomatic trip to Russia.

In turn, the foreign minister mentioned that the leaders of the United States and Russia “instructed to intensify mutual dialogue,” after a phone call between Putin and Trump that took place on May 3.

Issues like arms control, Iran’s recent pull-back from the Joint Comprehensive Plan of Acton (JCPOA), or nuclear deal, and the crisis in Venezuela were priorities for both sides.

“I would characterize the outcome of the negotiations as a reduction in the degree of confrontation,” Vladimir Slatinov, a political expert at the Institute for Humanitarian and Political Research told RIA Novosti on May 15, commenting the Pompeo’s visit to Russia.

“The Trump administration is returning to the political strategy that was originally planned for Russia. As we recall, the American president said that he would combine a tough conversation with Moscow with a desire to get along with Putin and conduct a fairly pragmatic policy.”