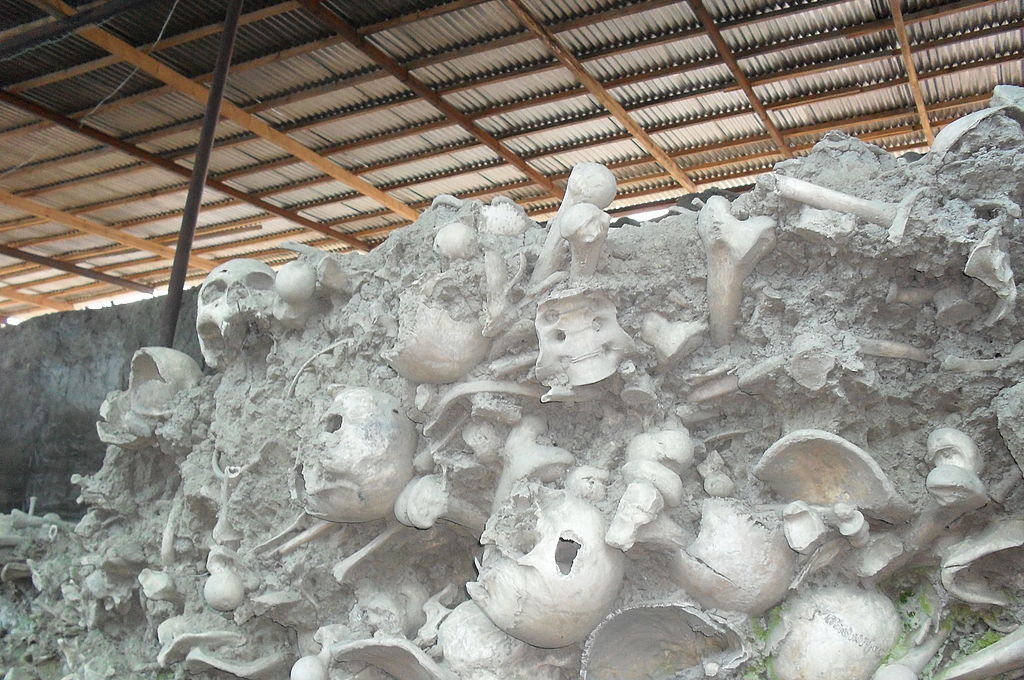 A mass grave of Azerbaijanis in the northern Azerbaijani region of Guba. Nearly 37,000 ethnic Azerbaijanis have been massacred by Armenian dashnak terrorists in Guba in 1918 / Courtesy

Mass graves have been found in the territories of Azerbaijan, liberated from decades-old Armenian occupation, the country’s authorities reported on Monday.

According to Azerbaijan’s State Commission on Prisoners of War, Hostages and Missing Persons, mass graves date back to the First Karabakh War between Armenia and Azerbaijan.

He further added that the Armenian side has widely practiced capturing hostages and prisoners of war among military servicemen and civilians during the 1991-1994 war.

“Results of investigations reveal that Azerbaijani captives and hostages are tortured and held in extremely heavy conditions,” Mammadov was quoted as saying by the Trend news agency.

Baku has been actively cooperating with international organizations in the search for missing Azerbaijanis, whose number is documentarily confirmed to be 3,890.

According to a report provided by Azerbaijan's foreign ministry, the fate of 3,171 servicemen and 719 civilians of Azerbaijan remains unknown since the early 1990s. As many as 267 Azerbaijani civilians, including 29 children, 98 women, and 112 older people, were taken hostage by Armenia and not released.

“Those reported missing among Azerbaijani population disappeared in circumstances that raise serious concerns as to their well-being, particularly given the atrocities widely practiced by armed forces of Armenia during the conflict,” the report reads.

“Similar to other breaches of international humanitarian law, unlawful detention, torture and outrages on the personal dignity of detained hostages and prisoners of war were part of systematic policy of collective punishment and discrimination against Azerbaijanis.”

The bloody war lasted until a ceasefire in 1994 and saw Armenia occupying 20 percent of Azerbaijan’s internationally recognized territories. Over 30,000 ethnic Azerbaijanis were killed, and one million were expelled from those lands in Armenia’s brutal ethnic cleansing policy. Some 900 residential settlements, 150,000 houses, 7,000 public buildings, 693 schools, and 855 kindergartens have been destroyed by the Armenian military during and after the bloody war.

A few months later, investigators found the remains of 12 civilians in Azerbaijan’s liberated Kalbajar district while searching for bodies of victims of the Bashlibel mass murder committed by the Armenian armed forces in 1993. In order to determine the victims’ identities, the samples of DNA (deoxyribonucleic acid) were taken from the remains of the corpses and family members who claimed to be close relatives of the buried persons.

Azerbaijan’s Prosecutor General’s Office revealed it would continue investigating the crimes against peace and humanity committed by Armenia against Azerbaijani citizens.