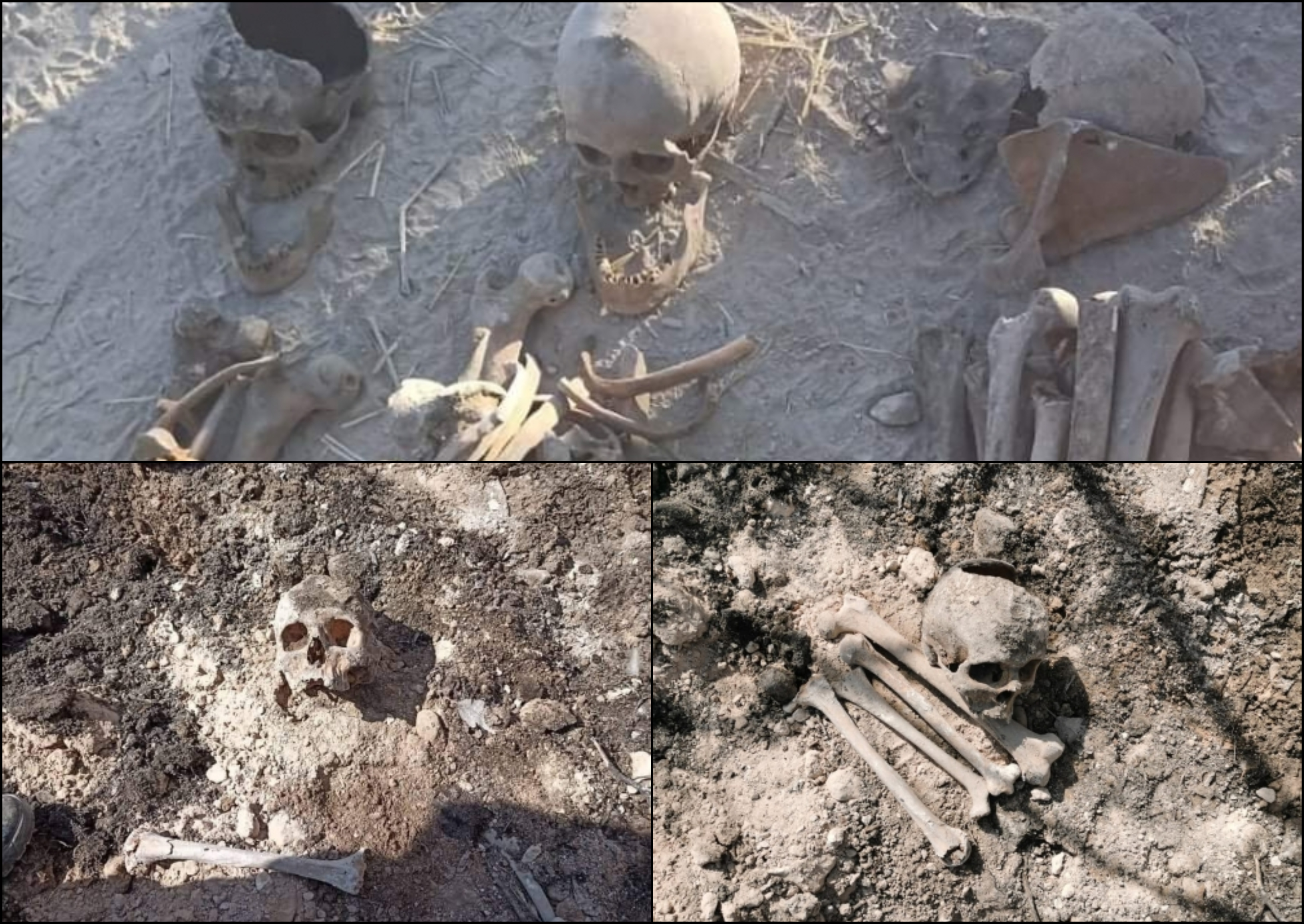 Remains of human skeletons found at the Farrukh height in Azerbaijan's Khojaly district, March 27, 2022 / The State Commission of Azerbaijan on Prisoners of War, Hostages and Missing Persons

A mass grave was discovered this week following the excavation works carried out by Azerbaijan’s armed forces at the Farrukh height in Azerbaijan’s Khojaly district.

Azerbaijan’s State Commission on Prisoners of War, Hostages, and Missing Persons reported that the human remains could belong to the Azerbaijani servicemen who went missing during the First Karabakh War with Armenia in the early 1990s.

“In the battles for the Farrukh height in the First Karabakh War, 62 Azerbaijani servicemen were registered as missing by the State Commission on Prisoners of War, Hostages, and Missing Persons,” reads a statement issued on Thursday.

“Taking into account the possibility of mass graves in and around the Farrukh height, a group of specialists plans to carry out relevant search and exhumation activities in the area.”

In 1992-1993, the Farrukh height and the village of the same name reportedly staged bloody clashes between the Azerbaijani armed forces and Armenian military, joined by mercenaries from Lebanon and Syria.

The fate of most members of the Azerbaijani self-defense units and Special Police Forces fighting the Armenian occupants remained unknown until the Azerbaijani forces recently reclaimed Farrukh.

According to data compiled by the Azerbaijani government, 3,890 Azerbaijani citizens, including 71 children, 267 women, and 326 older adults, went missing during the First Karabakh War from 1991 to 1994. Baku has been demanding that Armenia assist in investigating the fate of those people, a request that remains unfulfilled.

Post-war searches in the liberated territories unearthed the remains of 12 civilians in the Kalbajar district, where the Armenian armed forces committed the Bashlibel mass murder in 1993. In addition, earlier this year, mass graves of the Azerbaijanis were found in the Dashalti village near Shusha city and the Edilli village of the Khojavand district.

Experts in Baku believe that the mass graves of Azerbaijanis killed by Armenians could be found in more locations in the Karabakh region, including in the Khojavand, Khankendi, Khojaly, Fuzuli, Shusha, and Aghdam districts.