MAKS 2019 Airshow Could Result In Billion Dollar Deals For Rosoboronexport 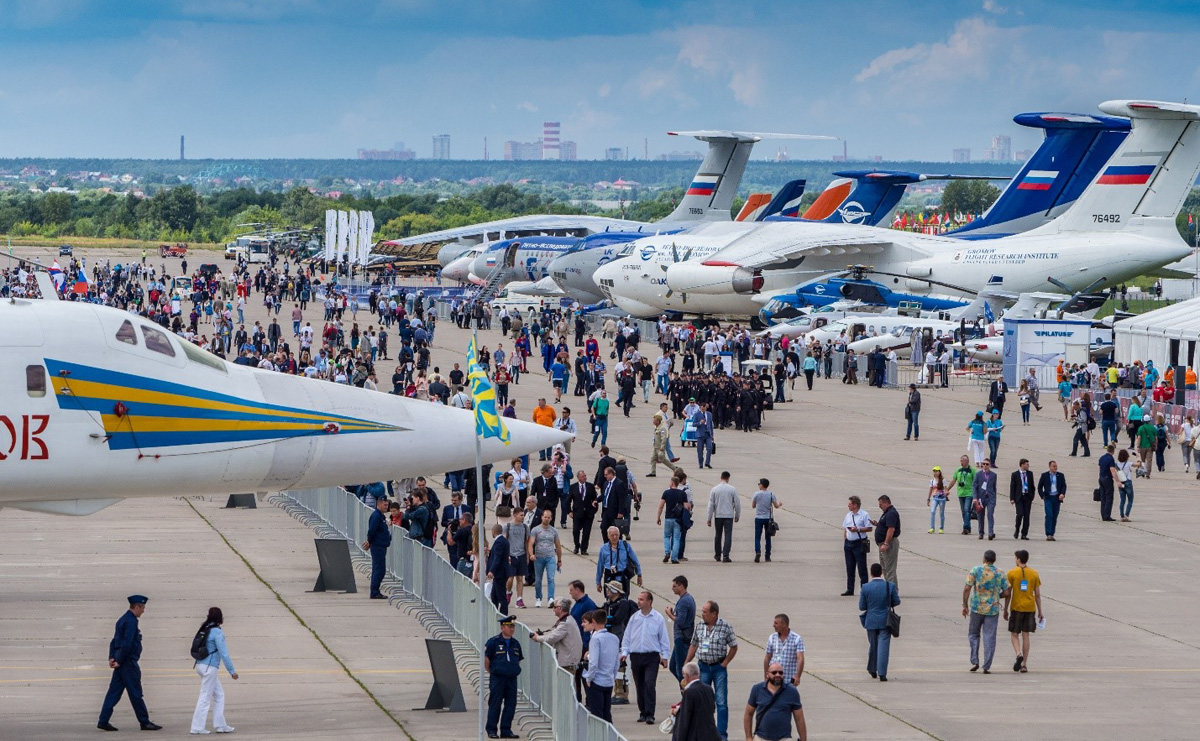 The International Aviation and Space Salon, better known as MAKS 2019, attracts thousands of local and foreign experts, manufacturers and businessmen to its exhibitions, roundtables and conferences every two years, featuring the latest achievements and new tech in the aviation sector. This year’s event brought together nearly 600,000 participants and guests from 33 countries.

MAKS 2019, which held in the Russian city of Zhukovsky near Moscow last week, was reportedly a big success for Russia’s state arms exporter Rosoboronexport, which expects to sign deals worth several billions of dollars.

A delegation from Rosoboronexport, a subsidiary of Russia’s state-owned Rostec corporation, held more than 200 talks with potential foreign partners on the sidelines of the six-day airshow which are expected to result in contracts worth billions of dollars for the strongest military power in the Caspian region.

“I have no doubt that the key outcome of MAKS-2019 will be new contracts on supplying Russian planes, helicopters and air defense systems abroad,” Alexander Mikheyev, the head of Rosoboronexport, said on Sunday, according to a press release posted to Rosoboronexport’s official web page.

“The successful implementation of just those projects that we discussed with partners these August days will bring Russian enterprises several billions of dollars.”

The International Aviation and Space Salon, better known as MAKS 2019, attracts thousands of local and foreign experts, manufacturers and businessmen to its exhibitions, roundtables and conferences every two years, featuring the latest achievements and new tech in the aviation sector. This year’s event brought together nearly 600,000 participants and guests from 33 countries.

Russia is the largest arms exporter in the Caspian region and the second-largest in the world after the United States. It has supplied military goods to the tune of $8.5 billion, with half of these deliveries accounting for aviation and air defense systems, according to Mikheyev, who said that orders for Russian military supplies has not wavered despite pressure from Washington.

But the main attraction was the fifth generation Sukhoi Su-57 warplane, said to be Russia’s most advanced, multi-role fighter jet that was unveiled for the first time. The president of NATO member Turkey, Recep Tayyip Erdogan, who was on a one-day visit to Russia, took interest in it.

“The demonstration of the latest fifth generation fighter Su-57 clearly contributed to its global advertising: Rosoboronexport experts recorded a sharp increase in interest in the fighter from foreign visitors and the media from all regions of the world,” Mikheyev said.

The air show brought more than 827 companies from all over the world, including 184 foreign companies, to take part in the airshow that featured more than 200 aircraft. Contracts worth about 250 billion Russian rubles, or nearly $3.7 billion, were reportedly agreed to within MAKS 2019.