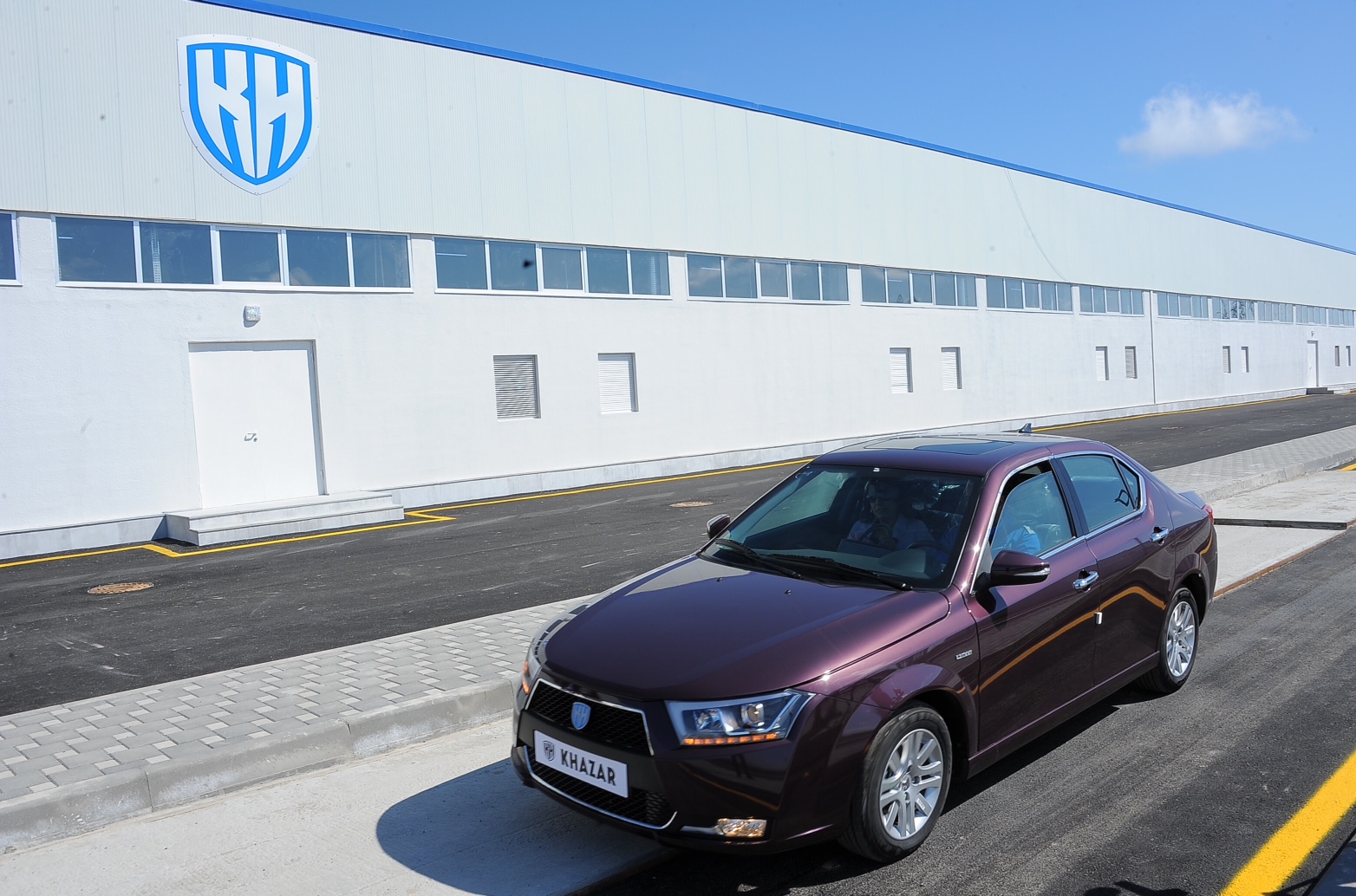 Azermash Company is the largest automaker in Azerbaijan, located in the Neftchala Industrial Park along the shores of the Caspian Sea, just southwest of Baku / Economy.Gov.Az

After two consecutive years of sales in the domestic market, “Made in Azerbaijan”-labeled cars are going international.

Officials at the Machinery and Equipment Manufacturers Association, which includes the local automobile manufacturer Azermash, revealed that Azerbaijan-made car exports will begin as early as April.

“The first batch of cars is planned to be delivered to Ukraine in April 2020,” Emin Akhundov, director of the association, told Trend.

Azermash Company is the largest automaker in Azerbaijan, located in the Neftchala Industrial Park along the shores of the Caspian Sea, just southwest of Baku. Azermash currently co-produces the Khazar brand of cars with Khodro Company (IKCO) – Iran’s largest car auto manufacturer.

Khazar, which entered the Azerbaijani market in 2018, is offered in two models, the SD and LD. The manual transmission, 1.7-liter engine models meet the highest Euro-5 European gasoline emission standards and international car safety terms and conditions. SD is equipped with a 1.7-liter motor and a 115 horsepower engine, while LD has a 150 horsepower engine. Both are able to run both on gasoline and liquefied gas. The price tag for the cars ranges from $8,200 to $11,750.

“From October 2018 to February 2020, Azermash produced 4,000 cars,” Akhundov told Trend in an interview, adding the company will expand and diversify its product portfolio with the production of small trucks and vans in an all-new plant. The unit is owned fully by Azermash and is expected to go online sometime in 2020.

Azermash plans to ultimately churn out 10,000 cars per year in the coming years. In addition to domestic sales, 20 percent of the total production will reportedly be delivered to the markets in the Commonwealth of Independent States (CIS) countries, the Middle East and Africa.