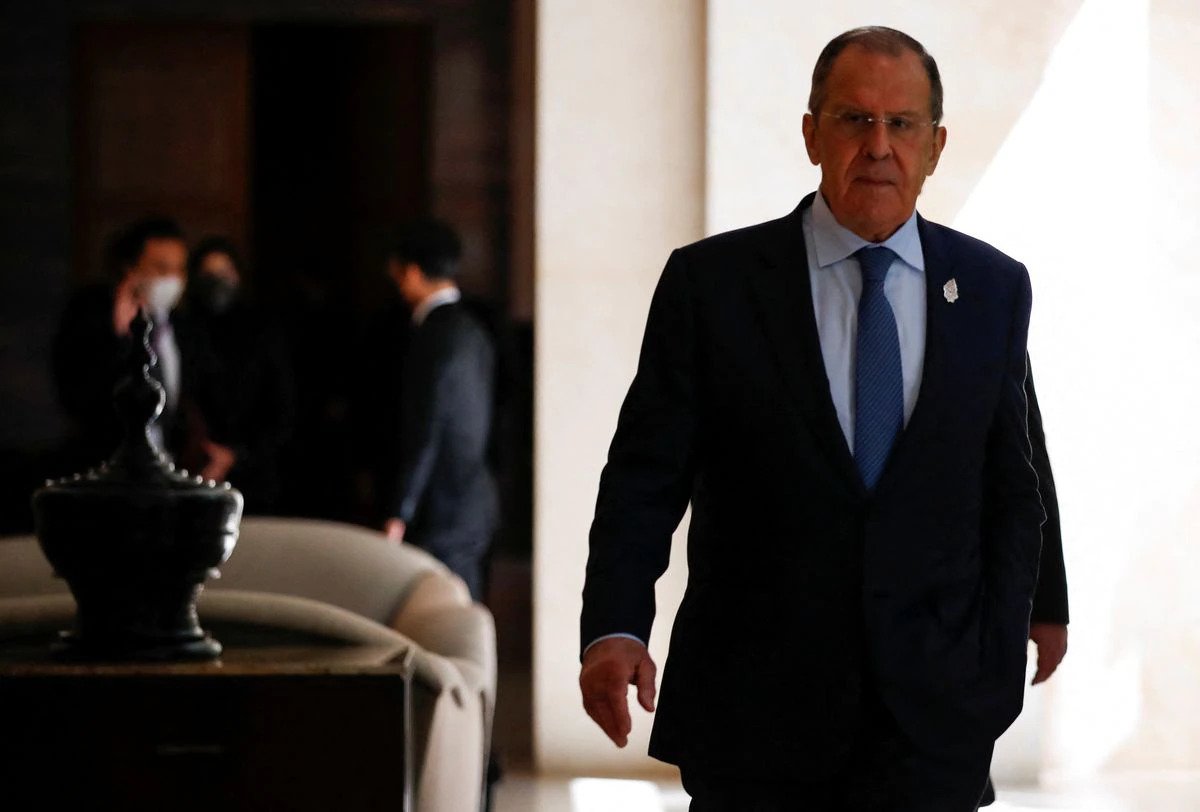 Lavrov told his counterparts that Russia’s “special military operation” in Ukraine has nothing to do with the global food crisis, and described sanctions designed to isolate Russia amounted as a declaration of war. / Willy Kurniawan / Reuters

Russian Foreign Minister Sergei Lavrov said on Friday that Moscow is ready to negotiate grain exports with Ukraine and Türkiye.

Following the G20 meeting of leading economies on Friday, Lavrov claimed that Moscow and Ankara would guarantee the safe passage of grain vessels if Ukraine unblocks the ports and demines the Black Sea’s coastal waters.

“We have all solutions: if we are talking about Ukrainian grain, then Ukraine must unblock its ports, clear them of mines or ensure safe passage through minefields,” TASS quoted Lavrov as saying on the sidelines of the G20 meeting in the Indonesian resort island of Bali.

“Then, outside the territorial sea of Ukraine, Russia and Türkiye are ready to ensure the safety of vessels and bring them to straits. Then they will go to the Mediterranean Sea on their own,” he said.

He went further to say that the military plays the main role in negotiations over grain exports since Russia’s scheme is directly linked with the use of the navy.

“I cannot say when the negotiations will continue, since I have not been in Moscow for several days, but I can confirm that we are always ready,” the minister added.

Russia’s role in the rising global food crisis took center stage at the G20 meeting. Western leaders have accused Moscow of using food as a powerful weapon in its war with Ukraine. Russia has denied these claims and pinned the blame on Western sanctions for exacerbating the food crisis.

Lavrov told his counterparts that Russia’s “special military operation” in Ukraine has nothing to do with the global food crisis, and described sanctions designed to isolate Russia amounted as a declaration of war.

Friday’s gathering was Lavrov’s first direct confrontation with leaders from the west since Russia launched a major assault on Ukraine on February 24. The Russian foreign minister walked out at the point when the German foreign minister, Annalena Baerbock, began to speak.

Afterward, he said that he had come to Bali to get an impression “of how the west breathes.”

“Aggressors, invaders, occupants. We’ve heard quite a few such things today,” he said while describing the speeches made by his western counterparts, berating the West for embarking on “frenzied criticism” of Russia over the Ukraine conflict instead of using the G20 for the purposes for which it was created.

Ukraine, often referred to as the “breadbasket of Europe”, is a top grain supplier to dozens of developing countries. Last year, Ukraine's grain exports totaled $12.2 billion, accounting for nearly a fifth of the country's exports. Prior to the war, Ukraine exported 98% of its cereals and oilseed via the Black Sea, at a rate of up to 6 million tonnes per month. But with the ports blocked and the railway system unable to cope with the extra volume, the country is currently only exporting between 1-1.5 million tonnes a month.

In mid-June, Kyiv revealed its plans to export grain stuck in silos in the country via two routes established through Poland and Romania. However, rerouting grain to Romania entails transporting commodities by rail to Danube river ports and loading them onto barges for sailing to the port of Constanta, which is a time-consuming and expensive process.

The inability to export grain from Ukrainian ports has led to surging food prices and fears of a global food crisis.