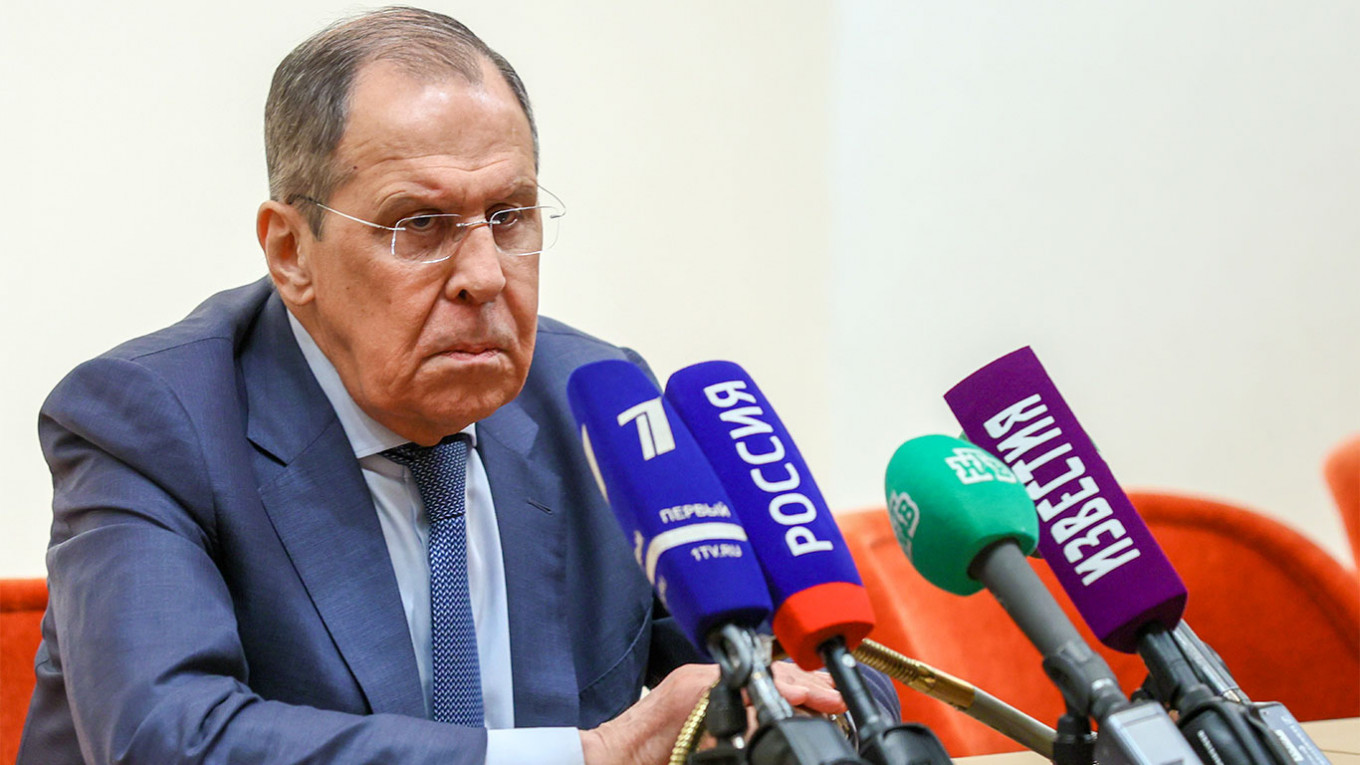 The two-day visit of the Russian foreign minister to Belgrade scheduled to begin on Monday was postponed after Serbia’s neighbours refused to let his plane use their airspace. / Foreign Ministry of Russia

Russian Foreign Minister Sergei Lavrov described the decision of NATO members – Montenegro, North Macedonia and Bulgaria – to close their airspace to his plane as “unprecedented” and said that such moves would fail to destroy Russia's relations with Serbia.

“A sovereign state has been deprived of its right to conduct foreign policies,” Lavrov said, commenting on the countries' move to prevent the aircraft from flying over their airspace.

“The international activities of Serbia on the Russian track have been blocked," he said.

The two-day visit of the Russian foreign minister to Belgrade scheduled to begin on Monday was postponed after Serbia’s neighbours refused to let his plane use their airspace. The Russian foreign minister was due to meet with top officials, including Serbian President Aleksandar Vučić. In a press conference after the incident, Lavrov blamed the EU and NATO for the political move.

“This is another clear and instructive demonstration of how far NATO and the European Union can go in using the most base methods of influencing those who are guided by national interests and are not ready to sacrifice their principles and dignity for the sake of ‘rules' imposed by the West instead of international law,” he said.

Lavrov added that “if a visit by a Russian foreign minister is being seen in the West as something close to a global threat, then by all accounts things within the West are pretty bad.”

Despite seeking EU membership, Serbia is the only European country aside from Belarus that has refused to impose sanctions on Moscow since its war on Ukraine began on February 24. The two Orthodox Christian nations share cultural ties as well as military and economic partnerships. With its veto power at the UN, Russia strongly backs Serbia's refusal to recognize Kosovo's independence. President Vučić has expressed his intention to bring Serbia into the European Union, however, he has also voiced his opposition to imposing sanctions against Russia and described such a possibility as a disastrous for his country.

Commenting on the incident, Serbia's interior minister Aleksandar Vulin said that he deeply regretted the “obstruction” of Lavrov's visit, adding “Serbia is proud that it is not part of the anti-Russian hysteria.”

So far, Western powers have imposed harsh sanctions on Moscow and EU countries have banned Russian airlines from their airspace. They also agreed to exclude Russian banks, which fell under sanctions, from an international payment system used by thousands of financial institutions known as SWIFT. The existing sanctions have blocked Russia from importing key technologies that would be adopted within the defense, energy, telecoms and aviation sectors.

The EU has been focusing on how to reduce its oil purchases from Russia. As part of the sixth and toughest sanctions package against Moscow, European Union leaders have agreed to embargo most Russian oil imports into the bloc by year-end. Comprising 27 countries with a total population of 447 million people, the European Union is considered one of the largest and most prolific markets for energy exporters, given its lack of domestic resources.