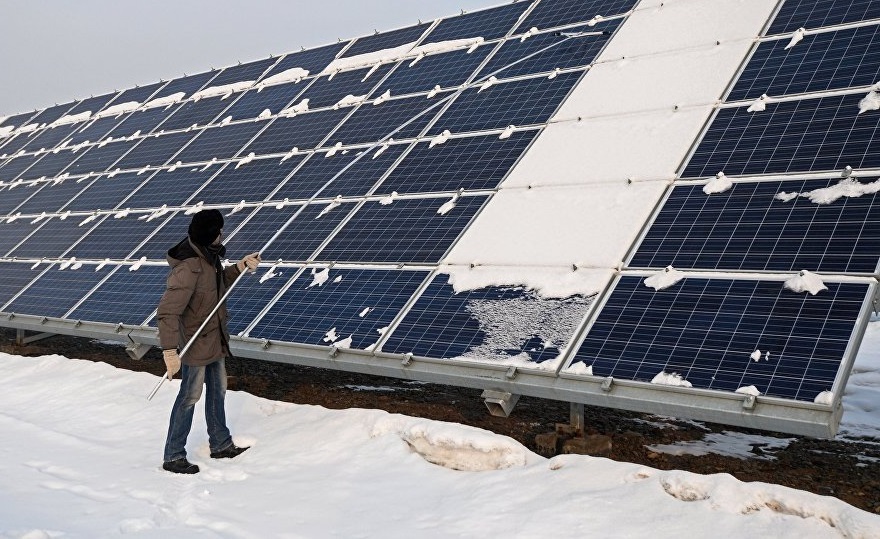 Located in Kazakhstan’s central region of Karaganda, the $137 million plant with the capacity of 100 megawatts (MW) covers approximately 164 acres of land and consists of 307,000 solar panels that convert the sun’s rays into electricity by exciting electrons in silicon cells, harnessing the power of photons produced by the sun’s rays. / Sputnik

Located in Kazakhstan’s central region of Karaganda, the $137 million plant with the capacity of 100 megawatts (MW) covers approximately 164 acres of land and consists of 307,000 solar panels that convert the sun’s rays into electricity by exciting electrons in silicon cells, harnessing the power of photons produced by the sun’s rays.

Officials of Saran, where the facility was launched, believe their hometown with over 50 thousand of residents – long known as a mining camp – will change its appearance and become known for its green energy production.

But solar energy is expected to go far beyond this small town.

“The capacity of the new solar power station will be enough to provide ten cities roughly the size of Saran with electricity,” said Yerlan Koshanov, the mayor of Karaganda, according to reports by Atameken.

According to U.S. government data, Kazakhstan consumed 94.2 billion kWh of electricity in 2016 (the most recent year for which data is available). Kazakhstan satisfies over 86 percent of its installed electricity-generating capacity from fossil fuels, while 13 percent of its power capacity comes from hydroelectric plants. Ripe with oil and gas deposits, anthracite and bituminous coal, it is not surprising that only 1 percent of energy comes from other renewables. Yet despite the easy access to fossil fuels, Central Asia’s wealthiest country intends to generate 50 percent of its electricity from renewables by the year 2050.

According to the European Bank for Reconstruction and Development (EBRD), Kazakhstan’s solar power potential is estimated at 3.9 billion to 5.4 billion kWh, or around five percent of annual power consumption. There is high solar irradiance in most regions of the country, but because Kazakhstan is located in the northern hemisphere the general trend is to develop solar resources in the southern parts of the country.

Harnessing the sun’s rays is not exactly new for Kazakhstan. The country’s first solar plant, called Burnoye Solar–1, opened in Zhambyl in 2014, with others in Zhambyl (2018), and Mangystau (2018). Burnoye Solar–1 and Burnoye Solar–2 form one of the largest solar generation facilities in Central Asia.

The construction of the new solar plant launched this week was sponsored by private investors and the EBRD, while energy experts from Germany, the Czech Republic and Slovakia helped their Kazakhstani partners to design it. The project was originally announced within Expo 2017, a three-month-long global exhibition that showcased hundreds of new technologies related to energy.

Joachim Goldbeck who heads Goldbeck Solar and is the main investor of the project says the plant was built in record time. “The main reason is trust in Kazakhstan’s partners,” said Goldbeck, mentioning the EBRD’s financial aid as the second reason.