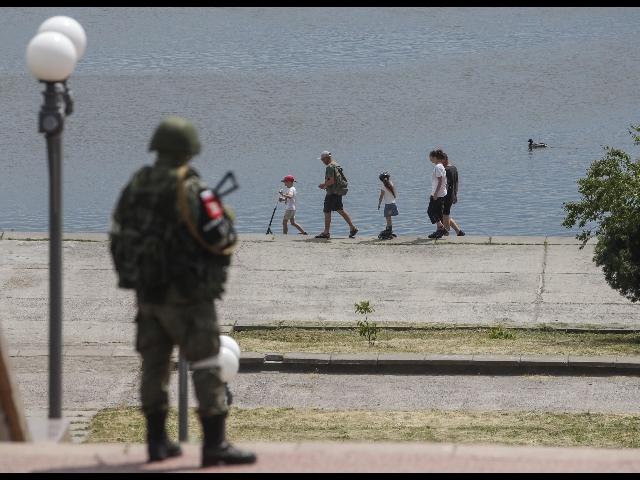 Russian troops have gained control of the region’s namesake capital city Kherson, which is one of the key port cities in Ukraine, since the beginning of March.

Russian authorities have revealed plans to hold a referendum in Kherson that would potentially join Ukraine’s southern region to Russia — a vote Kyiv describes as illegal and sham.

This statement was reportedly made by Sergei Kiriyenko, first deputy chief of staff in Vladimir Putin’s administration, during his visit to the “United Russia” party’s humanitarian aid center in Kherson.

“The Kherson region's admission into Russia will be complete, similar to Crimea,” Kiriyenko said on Tuesday, recalling the Crimean status referendum in 2014.

Russian troops have gained control of the region’s namesake capital city Kherson, which is one of the key port cities in Ukraine, since the beginning of March. Located in the country’s south, Kherson sits above the delta of the Dnieper River, which flows into the Black Sea. The fall of Kherson, which was home to about 300,000 people before the invasion, had strategic importance to Russia as its military can now use it as a base to push its forces further inland. Kherson is key to establishing a land bridge to Crimea, which has been under Russia’s control since 2014.

The Moscow-imposed authorities in the southern city of Kherson in Ukraine are already phasing out Ukraine's currency, the hryvnia, and introducing the Russian rouble. There are also plans to issue Russian passports in the region “soon,” according to Kiriyenko.

Some 130 miles east of Kherson is Melitopol — a city in the Zaporizhzhya region of southeastern Ukraine that has also fallen under Russian control.

Ukrainian authorities and Western intelligence officials have long raised concerns that Russia intends to hold a referendum on the creation of the so-called Kherson People's Republic in the region, although the Kremlin has so far denied the claims.

Ukraine and Russia have been at odds since the 2014 crisis in Ukraine’s southern and eastern regions. Ukraine accuses Russia of annexing the Crimean Peninsula — a territory that extends into the Black Sea — and backing anti-government separatist regimes in the country’s eastern regions of Donetsk and Lugansk.

The Moscow-backed referendum held in March of that year allegedly revealed that over 90 percent of Crimea's residents wanted the peninsula to be under Russian control. However, the vote was declared illegitimate by Ukraine, Western countries and the United Nations.

It has been more than three months since Russian President Vladimir Putin launched an all-out offensive in Ukraine, claiming that the assault was aimed at protecting the people of two self-proclaimed separatist-controlled regions in the country, allegedly being attacked by the Ukrainian military.