Kremlin Reacts to US Accusations of Plans to Invade Ukraine 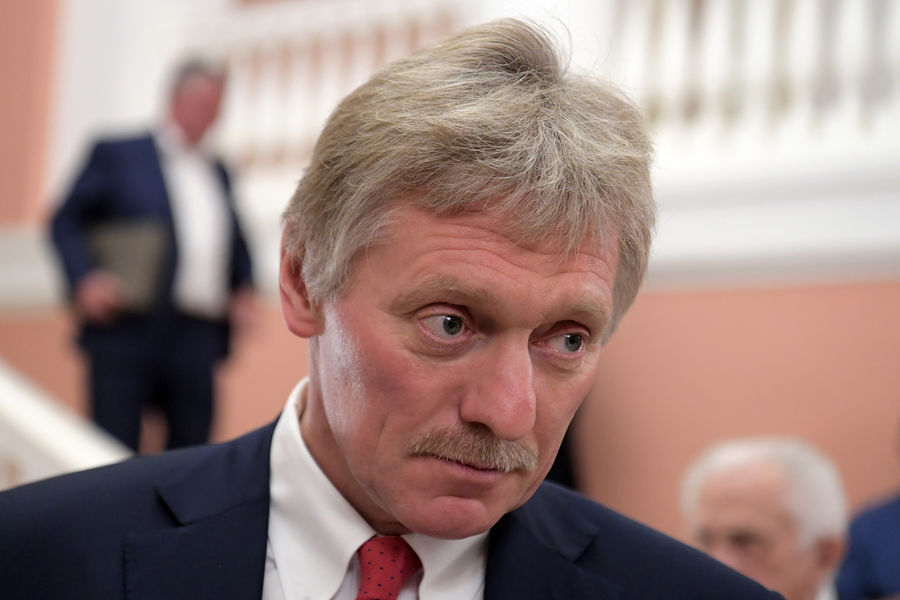 The reports about Moscow’s intentions to take military actions against its former Soviet neighbor are nothing new for Russia.

Amid mounting tensions, the Kremlin has denied Washington’s accusation that it is fabricating a “pretext” to justify the alleged invasion of Ukraine.

The United States has accused Moscow of planning a fake video that would depict an attack by Ukrainians on Russian territory or Russian-speaking people in eastern Ukraine. Speaking at a Pentagon briefing Thursday, Press Secretary John Kirby said the propaganda video may feature corpses and actors pretending to be mourners in order to create a false rationale for an invasion.

“This is not the first such promise,” Kremlin spokesman Dmitry Peskov said on Thursday, according to Lenta.ru. “Earlier, similar things were also voiced. But nothing ever occurs."

In an interview with CNN on Thursday, Russia’s Ambassador to the European Union, Vladimir Chizhov, also refuted the US statement, saying that Russia has never been involved in any provocations of this kind.

“It's something similar to false flag operations conducted by Western countries and certain quasi-NGOs in Syria some time ago, with alleged chemical attacks allegedly by the Syrian government, but in essence by their opponents,” said Chizhov. “So, I can assure you that Russia is never involved in any business of this kind. And no reason, logically speaking, that might be taking place."

The reports about Moscow’s intentions to take military actions against its former Soviet neighbor are nothing new for Russia. In mid-January, Kirby revealed that Russia has prepositioned a group of operatives to conduct a false-flag operation in eastern Ukraine. Later in January, British authorities claimed that the Russian government was plotting to install a pro-Russian leader in Kyiv and listed five former Ukrainian politicians who allegedly had links with Russian intelligence services. However, four of five men live in exile in Moscow, making their ties to the Kremlin less a matter of subterfuge than the public record.

With tens of thousands of Russian troops stationed along the Ukrainian border, Western officials warned that Russia could be planning an invasion of the former Soviet country. Russia has repeatedly denied such claims, saying that it is free to move its troops within its borders and has no plans to attack Ukraine. Yet, the US has threatened sanctions on an unprecedented scale if it does.

Russia has been seeking legally binding security guarantees excluding any further NATO expansion eastward and deployment of its weapon systems in close vicinity to Russian territory. As the world's second strongest military power, Russia has repeatedly voiced concerns over the expansion of NATO’s presence along the borders, claiming that any deployment of NATO troops to Ukraine threatens stability near Russia’s borders and may trigger a strong response from Moscow to ensure its security.

Meanwhile, Ukraine has been trying to join the western military block in hopes of gaining protection against what Kyiv calls to be Russian aggression. Ukraine and Russia have been at odds since the 2014 crisis in Ukraine's southern and eastern regions. Ukraine accuses Russia of annexing the Crimean Peninsula that extends into the Black Sea. The Moscow-backed referendum held in March that year reportedly revealed that over 90 percent of Crimea's residents wanted the peninsula to be under Russian control. However, the vote was declared illegitimate by Ukraine, Western countries, and the United Nations.