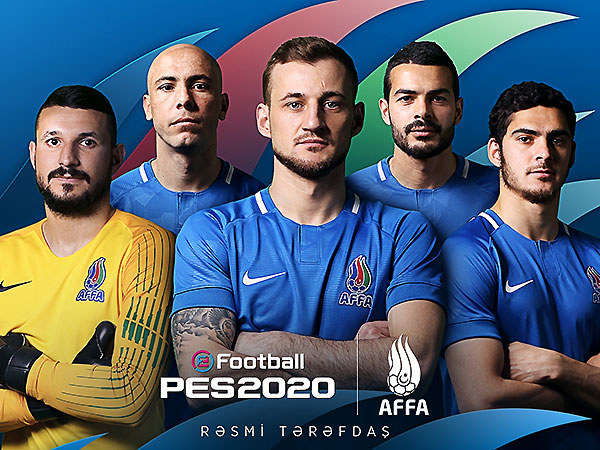 A poster for AFFA's cooperation with Konami / AFFA

The Japanese gaming giant Konami will add Azerbaijan’s national men’s football (soccer) team to the roster of its eFootball PES 2020 simulation video game. The Association of Football Federations of Azerbaijan signed a contract with Konami earlier this week to seal the deal.

The licensing agreement gives Konami the right to use the brand of the Azerbaijan national men’s team, including the team name, logo, jersey and other features that are considered intellectual property, all for the eFootball PES 2019-2020 season.

eFootball Pro Evolution Soccer 2020, better known as eFootball PES 2020, is a video game developed by PES Productions and published by Konami for Microsoft Windows, PlayStation’s fourth-generation gaming console, and Xbox One. eFootball 2020 will reportedly be launched worldwide on September 10.

Meanwhile, Konami also announced this week that it will be the official gaming partner of UEFA’s Euro 2020 championship.

Azerbaijan is one of 12 countries that will play a host to Euro 2020 games. Three group games and one quarterfinal game will be held in Olympic Stadium in the capital city Baku in June and July of next year.