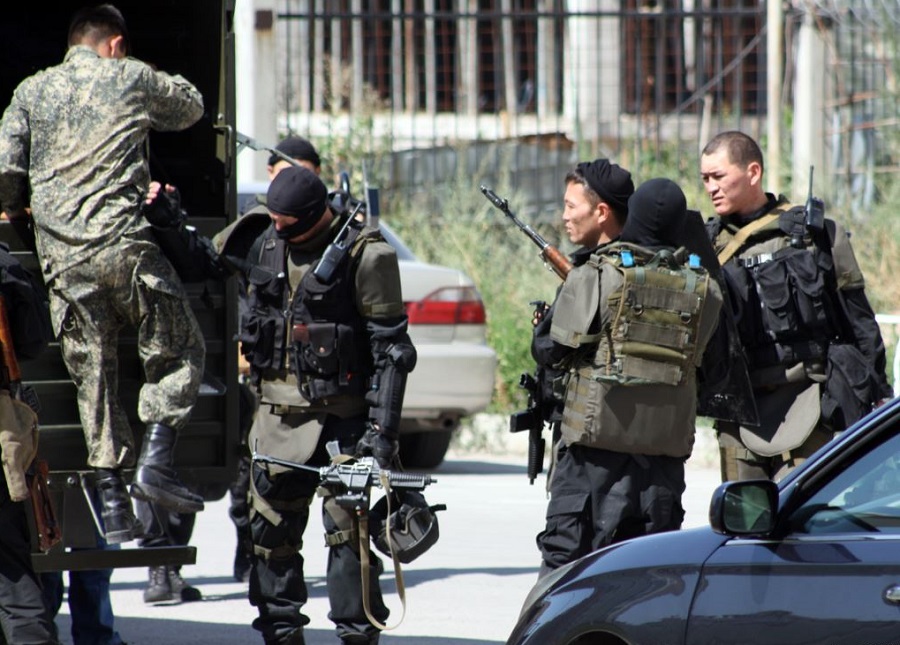 Throughout 2019, Kazakh authorities have reportedly stopped seven radical groups and 34 individuals in various regions throughout the country. / RFE/RL

According to an officer from Kazakhstan’s National Security Committee, authorities have foiled three terror attacks each targeting the country’s largest city and former capital of Almaty, since January.

Sergei Shveikin, deputy chief of the anti-terrorism center for the National Security Committee, said the suspects were driven by militant motives.

“Some of the organizers and attackers were motivated by the militants from international terrorist organizations, while others were radicalized after getting familiar with terrorist and extremist content on the Internet,” Shveikin said, according to a report by Tengrinews.

The suspects were charged under Kazakhstani terrorism laws and were later sentenced to between six and 18 years in prison.

Some of the suspects were charged with procuring explosives, firearms and other weapons, planning to attack the Caspian country’s law enforcement agencies, large shopping centers, religious buildings and financial institutions. No details were given as to when attacks would have taken place had the attackers been successful.

Kazakhstan security forces have foiled several extremist attacks in recent years, including one that targeted the western city of Aktobe. A suicide attack near the Aktobe branch of the National Security Committee by 25-year-old Rakhimzhan Makhatov in 2011 was the first case of religious extremism in the country.

In 2016, nearly 20 radicals robbed two hunting stores located in different parts of the city, and then attacked the military unit of the National Guard. Multiple shootouts between terrorists and the police over several days, including a separate shooting at a children’s camp, resulted in 7 deaths and more than 37 injured.

Just one month later, the attack was followed by a deadly assault in Almaty. As a result, three policemen and one civilian were assassinated. Suspect Ruslan Kulikbayev, age 26, was said to be close to Salafists, an ultra-conservative movement within the Sunni branch of Islam. There are said to be about 15,000 Salafists in Kazakhstan.

Last year, 147 radicals were arrested for being engaged in preparing an armed attack against the Almaty police. Throughout 2019, Kazakh authorities have reportedly stopped seven radical groups and 34 individuals in various regions throughout the country.

With an aim to counter terrorism and religious extremism, officials in Nur-Sultan launched a series of initiatives, including a plan that calls for monitoring mass media and web resources such as social networks to identify and neutralize terrorist and extremist propaganda.

Last year the government announced its intent to spend more than 226 billion tenge ($700 million) to fight extremism and terrorism within the period covering 2018-22.