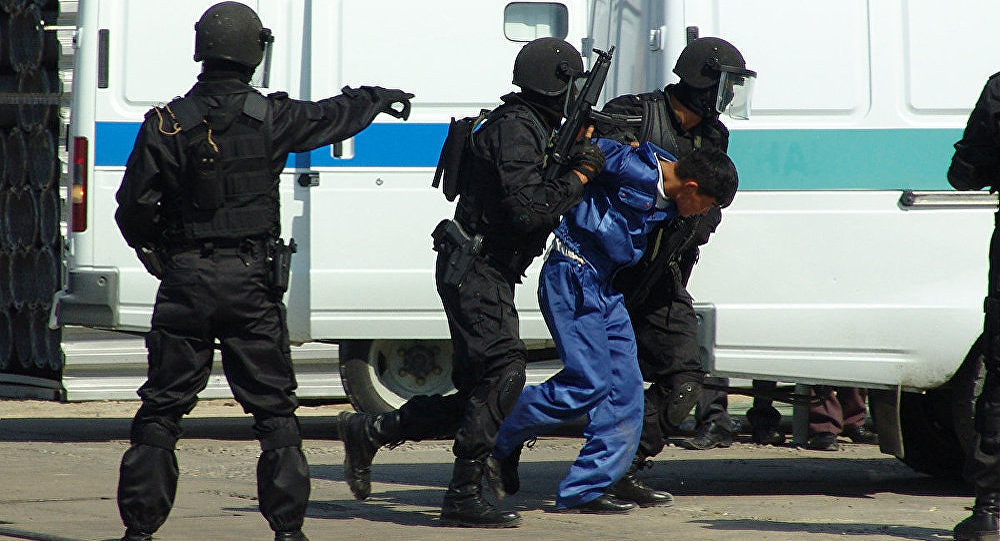 With a population of nearly 18 million, Kazakhstan is home to about 15,000 adherents of Salafism, an ultra-conservative movement that developed in Saudi Arabia in the first half of the 18th century.

The fight against terrorism is taking a new turn in Kazakhstan, where the police have detained nearly 150 radicals over suspicions of preparing a major attack in the western city of Aktobe.

Mahambet Abisatov, the head of the region’s police department, announced on Thursday that 147 detainees were engaged in preparing an armed attack against the city police. At the same time, the police officer did not give any additional details.

“When you do good deeds, don’t try to show off,” said Abisatov, according to reports by Sputnik.

Abisatov’s remarks came after the local deputies raised the issue of dismantling bars on the windows in police stations in Aktobe as had been previously done in Almaty, Kazakhstan’s largest city and former capital. Officials believe that while defending themselves, police officers should pay attention to the residents of the city who are forced to go through exhausting checks.

“The bars are not supposed to isolate us from citizens, as this is an anti-terrorism protection, we keep weapons and ammunition there in our offices,” the head of the police said, mentioning that it is too early to dismantle the bars in Aktobe.

Aktobe city, which lies close to Kazakhstan’s border with Russia, is the administrative center of the region of the same name, which is considered one of the largest industrial and cultural centers of the country with developed chemical, light and food industries.

Meanwhile, the city and the region have repeatedly become a target for terrorists, first in 2011 and again 2016.

A suicide attack near the Aktobe branch of the National Security Committee by 25 year old Rakhimzhan Makhatov in 2011 was the first case of religious extremism in the country. Later the government announced that Makhatov was detained over suspicions of being a member of a religious community that is forbidden in Kazakhstan but was released and put under house arrest.

A few months later, two officers of the patrol and guard service were found dead in the settlement of Shubarshi, located in the Temir region of Aktobe. The counter-terrorist operation to capture and neutralize the suspects lasted for ten days and ended with the liquidation of assassins in an attempted detention.

According to the official version, the criminals allegedly were engaged in stealing oil from the local pipelines. The conflict between them and the police officers arose precisely due to this reason. At the same time, some experts believe that the attack on policemen was committed by radicals.

"The reason for the tragedy in Shubarshi is not oil, but a “small jihad” – an action of disobedience in the name of religion,” said Bulat Baekenov, the head of the Association of Security Organizations of Kazakhstan.

The terrorist attacks of 2016 have become the most notorious crime associated with Aktobe and Kazakhstan. Nearly 20 radicals robbed two hunting stores located in different parts of the city, and then attacked the military unit of the National Guard. Multiple shootouts between terrorists and the police occurred over the next few days; another shooting occurred at children’s camp. The attacks left seven victims dead and 37 injured. Eighteen attackers were killed and nine were arrested.

After the shootings in Aktobe, Kazakhstan’s President Nursultan Nazarbayev accused Salafists for the incident.

With a population of nearly 18 million, Kazakhstan is home to about 15,000 adherents of Salafism, an ultra-conservative movement that developed in Saudi Arabia in the first half of the 18th century. At the same time, about 70 percent of the country’s population practices Islam, and 26 percent of the population is Russian Orthodox, with small minorities of Jews and Buddhists.

In a bid to fight terrorism and religious extremism, the government of Kazakhstan launched a series of initiatives, and created the Ministry of Religious Issues and Civil Society to oppose the spread of the Salafi movement.

“By providing freedom of religion in the republic, we are also going to give a decisive rebuff to all those who will try to destabilize the situation in the country hiding behind religious slogans,” Kazakhstan’s President Nursultan Nazarbayev said shortly after the shootings in Aktobe.