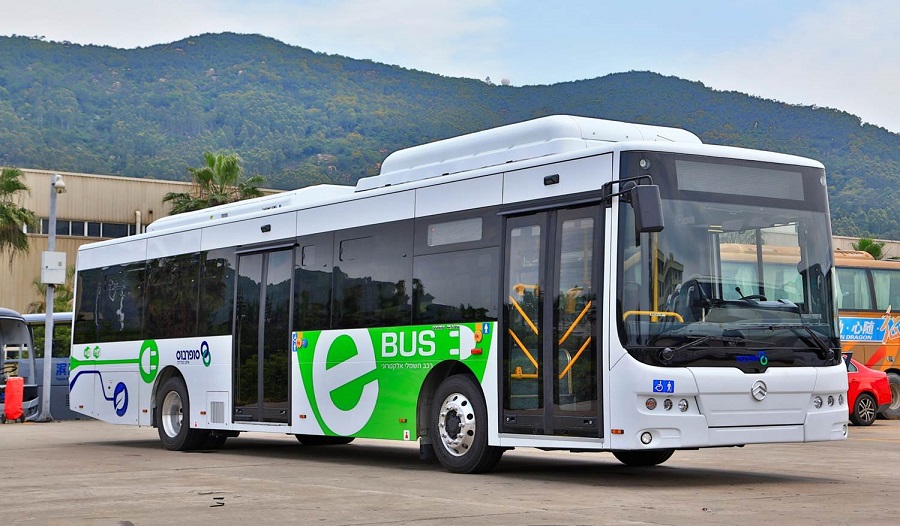 Kazakhstan is stepping up economic cooperation with China by bringing one more Chinese automobile brand to local production. The country’s car wholesaler, Astana Motors, reached a distribution agreement last week with Xiamen Golden Dragon, which is ranked one of China’s ‘big 10’ bus makers.

Hyundai Trans Auto, which is a subsidiary of Astana Motors, will start manufacturing the “Golden Dragon” passenger bus brand at a plant in Almaty by the end of this month. The cost of the Kazakhstan-made buses will start at 31.9 million tenge, or approximately $84,427.

Officials from Astana Motors believe that a wide range of buses and a reasonable price will meet the needs of Kazakhstani passenger transportation companies.

“This is a very competitive price for the Kazakhstan car market as the Golden Dragon buses are much cheaper than similar buses represented in Kazakhstan – the difference in cost is about 10 percent,” reads the statement published to Astana Motors’ website.

Xiamen Golden Dragon Bus is a joint venture company that was established in 1992 and specializes in developing, manufacturing and selling medium-large sized luxury buses and light vans. As early as 2003, the company established relationships with overseas distributors, and today the buses are exported to nearly 120 countries and regions in Asia, the Middle East, Africa and South America.

A key feature of the bus is its use of monocoque technology, also known as structural skin that makes the chassis of the vehicle integral with the body. The complex production process involves sequential immersion of the bus carcass into tanks filled with different chemical compositions that create a high-strength membrane covering. Thanks to monocoque technology, the weight of the bus is reduced, which helps reduce fuel consumption and increases resistance to corrosion.

The buses are competitive also because of the technical and customer support that comes with them: Astana Motors will provide customers and bus fleets with a range of service options. The company’s technical specialists will provide services outside working hours on the territory of car parks, as well as in cases when the bus breaks down on the road during a trip. A complete list of original spare parts required for maintenance is also provided.

“Thirdly, technical specialists of Astana Motors will train fleet personnel to repair and provide maintenance for Golden Dragon buses and certify them. In addition, the company will launch a spare parts warehouse in Kazakhstan,” the company wrote.

Golden Dragon buses can be purchased either through leasing or through a special program launched by the Development Bank of Kazakhstan. Astana Motors has already agreed to supply buses to the cities of Kokshetau and Almaty.

The recent automobile deal with China is not the first of its kind for Kazakhstan.

Meanwhile, Kazakhstan is not the only country in the region to lure foreign brands. Azerbaijan, which is Kazakhstan’s western neighbor, will launch joint production of the Iranian Scania buses some time this year.