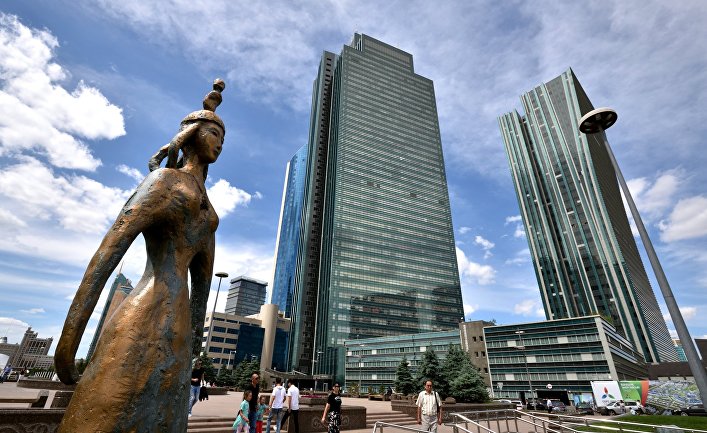 A Latin alphabet for Kazakh was firstly introduced by the Soviets and used from 1927 to 1940, at which time it was replaced with Cyrillic. Before that, Kazakhs used the Arabic alphabet to write in their native language. / inosmi.ru

Two years have passed since major linguistic reforms were launched in Kazakhstan to make the language easier for locals to read and write, but officials are still working to develop the Latin-based version of the script in which the Kazakh language will be written.

Yerbol Tleshov, who heads the country’s Coordination and Methodological Center for the Development of Languages, said Monday that eight versions of the script are currently reviewed by the center’s specialists as the basis for the new alphabet.

According to Tleshov, the center has received at least 20 draft versions of the new Latin-based script from across the country following President Kassym-Jomart Tokayev’s statement that there was a need to modify the version previously approved by the country’s former leader, Nursultan Nazarbayev. At the same time, most of the compilers tried to bring the new Kazakh script closer to the English or international phonetics, which does not always correspond to the peculiarities of national languages.

“Now, there are 52 alphabets in the world, of which 36 percent are [based] on the Latin script, 18 percent - the Chinese alphabet, and 11 percent are the Arabic script,’’ Tleshov said in an interview with Sputnik Kazakhstan.

“But at the same time, each country uses special symbols that distinguish [their] alphabets. Thus, the Kazakh alphabet cannot be completely copied from that of the English alphabet and include only 26 characters.’’

A Latin alphabet for Kazakh was firstly introduced by the Soviets and used from 1927 to 1940, at which time it was replaced with Cyrillic. Before that, Kazakhs used the Arabic alphabet to write in their native language.

In 2017, Nursultan Nazarbayev ordered that Kazakh be written in a more easily understandable script.

Following public debates, a draft version of the Latin-based alphabet, which included 32 letters, was introduced; however, it was later modified. The revised version used diacritical marks to denote sounds found in the Kazakh language that are not present, for example, in English or European Romance languages. This version was approved by the country’s president in 2018, but the next year, the newly-elected president, Tokayev ordered to revise it referring to its numerous flaws.

The project to re-write the language has not come cheaply – officials in Nur-Sultan have already budgeted about $664 million for the project that is slated to be completed by 2025.

While the first stage is already underway, the second stage, which begins in 2021, will include translation of existing laws and re-issuance of passports, certificates and licenses. The last and final stage, set to begin no sooner than 2023, will consist of making changes to central government agencies, local executive bodies, state media and educational organizations.