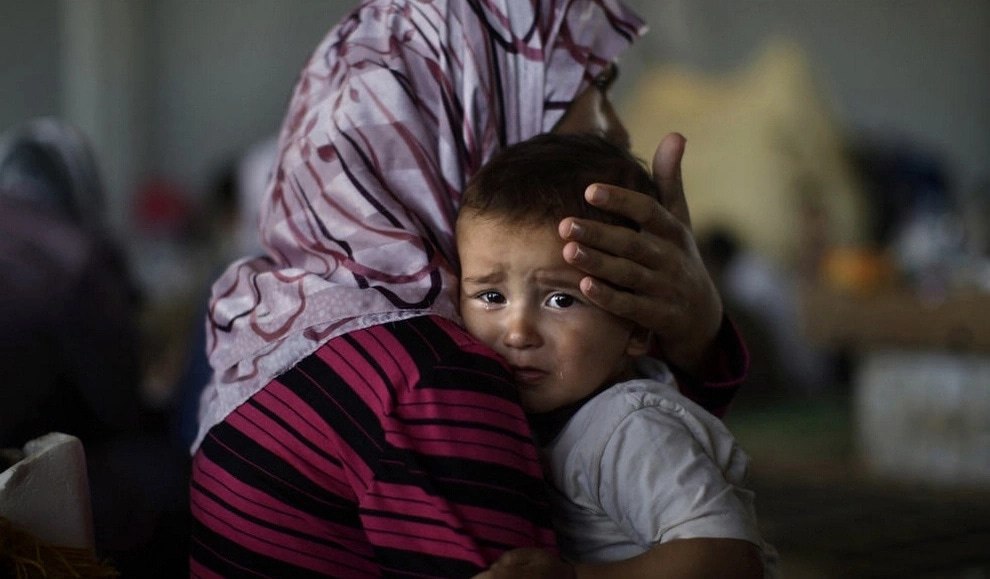 Over the past two years more than 90 children aged between two and 10 have returned to Kazakhstan from Syria and Iraq.

While some countries are refusing to repatriate their citizens captured in Syria, Kazakhstan’s government is taking a different approach. It recently brought back nearly 50 Kazakhstani women and children held hostage by militant groups.

“Kazakhstan always supports its citizens, regardless of their location. Our main task is to ensure security, protect the integrity and unity of the country,” President Nursultan Nazarbayev said on Tuesday according to a statement posted to the president’s website. “We will continue to bring back children trapped in a combat zone against their will.”

On January 6, Kazakhstan’s law enforcement agencies and foreign ministry completed a humanitarian operation that resulted in the evacuation of 47 citizens, including 30 children between the age of one and five. The 78-year-old Nazarbayev, who has ruled the country since its independence from the USSR in 1991, believes those repatriated were fraudulently taken to Syria where they were held hostage by terrorists.

“These innocent people who found themselves in such a difficult situation are immensely glad for their salvation. Within a month they will undergo adaptation and receive necessary medical care,” Nazarbayev said on Tuesday.

Syria has been roiled by a conflict since the spring of 2011, which began with anti-government protests that later escalated into a full-blown civil war. The situation was exacerbated by the rise of jihadist militant groups like Islamic State, also known as IS, ISIS or “daesh.” Over the years, thousands of people from different countries, including women, have joined in the conflict, sometimes supporting terrorist groups like IS.

A report published by King’s College London in 2018 states that 13 percent of 41,490 foreign citizens that became affiliated with IS in Iraq and Syria between 2013 and 2018 were women. A further 12 percent were minors. According to data from Kazakhstan’s National Security Committee, about 390 Kazakhstani minors were found to be in combat zones in Syria and Iraq as of late 2017.

One of the women who returned to Kazakhstan from Syria during a recent operation said that at first, she had a feeling that she had betrayed her country.

“But my country did not leave me, it brought me back. After all, I could have been deprived of citizenship,” she said, according to reports by Sputnik.

In March 2018, Kazakhstan began stripping people who willfully go to fight in religious wears abroad, such as in Iraq and Syria, of their citizenship.

Over the past two years more than 90 children aged between two and 10 have returned to Kazakhstan from Syria and Iraq. They are considered full-fledged citizens of Kazakhstan even though they were born in other countries. Some of them have lost their parents.

Rehabilitation centers are already working all over the country to help women and children get back to normal life. Lawyers in Kazakhstan help families recover vital documents and help them get jobs. Of the 40 parents who returned to Kazakhstan, 13 are already employed.

Officials from the National Security Committee and the Ministry of Public Development are working hard to attract theologians that will work with those returning from combat zones.

But some say bringing Kazakhstani nationals home and integrating them back into society is not that easy.

“Most of our citizens are in captivity, they cannot be released from there,” said Bauyrzhan Bakirov, who leads the agency for the prevention of religious extremism and rehabilitation work at the Ministry of Public Development.

“Also, there are citizens who do not want to return. They understand that they are involved in hostilities and that they will be brought to criminal responsibility upon arrival,” he added, according to reports by Tengrinews.

Kazakhstan is closely cooperating with the International Criminal Police Organization, more commonly known as Interpol, and countries in the Middle East to help track down Kazakhstani militants that have gone abroad to fight, particularly in the civil war in Syria. Kazakhstan’s security agencies have vowed to detain them if they cross the country’s border to return home. At the same time, children will not be prosecuted.