Kazakhstan Will Upgrade Military Air Assets Thanks To Deal With Russia 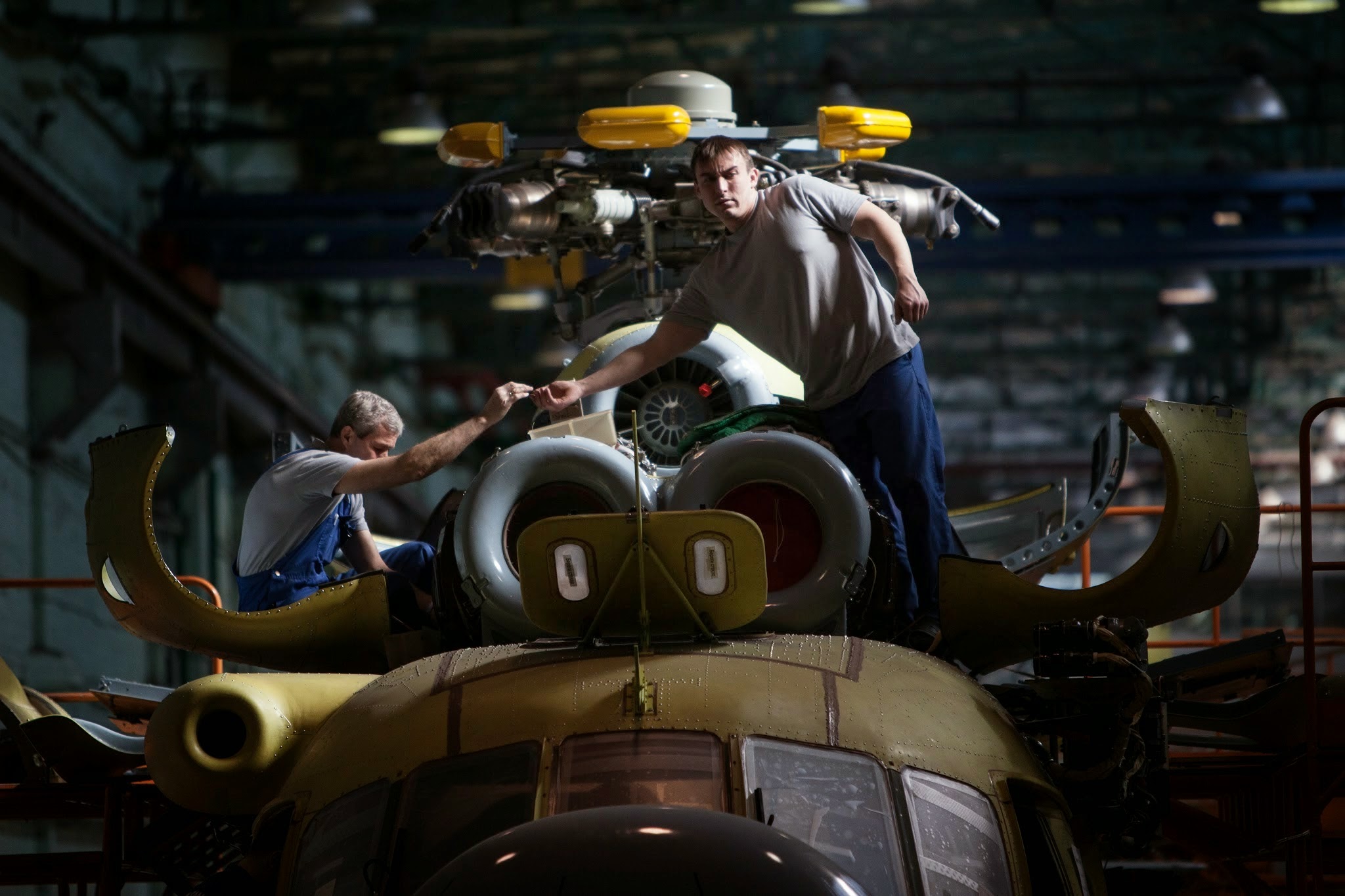 The Mi-8 helicopter, which is also known as the Mi-171, is capable of transporting passengers and cargo loads weighing up to 4,000 kg in the cabin or using an external load, as well as carrying out search and rescue operations and evacuating those injured. The list of currently manufactured versions of the Mi-8 includes transport, passenger, fire-fighting, sanitary and rescue helicopters. / Rostec

The Russian state arms contractor Rostec will help Kazakhstan launch local production of the Russian-made Mi-8 multi-purpose helicopters – the first such deal between Russia and a country in Central Asia. Russian Helicopters, a subsidiary of Rostec and engineering contractor, will help its Kazakhstani counterparts produce what is a medium twin-turbine helicopter. An aircraft repair plant based in the southeastern city of Almaty in Kazakhstan is where the work will be performed.

“The Kazakh partners turned to us in 2017 with the initiative to establish assembly production in the country,” Andrey Boginskiy, Russian Helicopters CEO, said according to the statement issued by Rostec last week and following the signing of an agreement that will last through 2025.

“We have worked on this issue, the [host] company has undergone a technical audit carried out by Russian Helicopters, and the helicopter itself was modified by the developer in accordance with the customer requirements.”

The agreement calls for Russia to produce and deliver a total of 45 choppers by 2025, help launch a system for supporting the life cycle of helicopters, and train engineering personnel. Another agreement is in the works that will detail the production timeline and determine the delivery schedule.

The Mi-8 helicopter, which is also known as the Mi-171, is capable of transporting passengers and cargo loads weighing up to 4,000 kg in the cabin or using an external load, as well as carrying out search and rescue operations and evacuating those injured. The list of currently manufactured versions of the Mi-8 includes transport, passenger, fire-fighting, sanitary and rescue helicopters. More than 1,000 choppers of this kind are used in Central and Southeast Asian countries, the Middle East, Africa, Europe, Latin America and some former Soviet republics.

Officials in Kazakhstan’s defense and aerospace industry ministry hope that the agreement struck between Moscow and Astana will help strengthen the defense sector in what is Central Asia’s largest country and wealthiest economy.

“The launch of the assembly production of helicopters will ensure a significant development of the domestic defense industry complex, civilian helicopter industry, as well as training base,” reads a statement posted to the ministry’s website last Thursday.

Kazakhstan is one of the largest and oldest operators of Russian military equipment, including helicopters. Eighty percent of Kazakhstani military-technical purchases are imported from Russia, which is considered the second-largest military power in the world after the U.S. In recent years Kazakhstan purchased Russian-made lightweight MiG-29 fighters, Su-25 attack aircraft, Su-27 and Su-30MK fighters, as well as IL-76 military transport planes, BTR-80 armored personnel carriers and the BTR-80A.

Meanwhile, experts from Kazakhstan are working hard to develop a home-grown military industrial base. The country’s latest military technologies were showcased last year during a four-day KADEX exhibition that included the Alan – an armored wheeled vehicle with high ballistic protection – and the Barys 8x8 armored wheeled vehicle that can carry a payload of nearly seven tons.