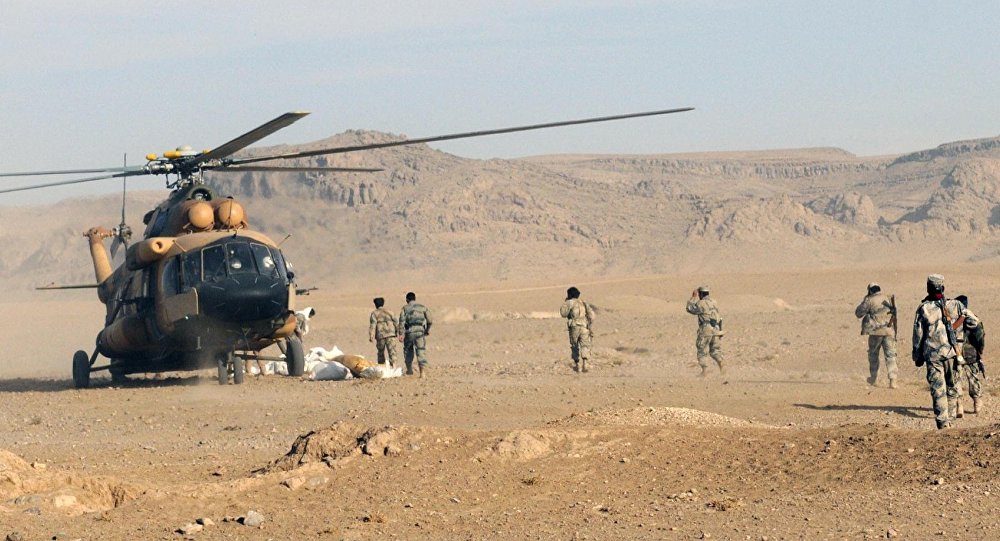 Afghanistan’s agricultural economy has struggled after international forces dramatically drew down and the billions of dollars in foreign aid that once poured in have dried up. / Sputnik

“As of today, this is a new kind of solution and transition from a forceful approach for conflict resolution to a peaceful one – an economization,” the minister said on Monday while addressing the parliament’s meeting, according to reports by Zakon.

According to the data published by Kazakhstan’s foreign ministry, Astana has provided $75 million in financial aid to Kabul since 2001. That money went to higher education initiatives and deliveries of food, clothing and essential goods, as well as building infrastructure in a country that has been decimated by decades of war.

Since 2009, Kazakhstan has been implementing a state-backed educational program to train thousands of Afghan students in its educational institutions, for which $50 million has been allocated. About 750 Afghans are currently studying in Kazakhstan. In addition, a number of schools and hospitals in Afghanistan were built with financial assistance provided by Kazakhstan.

“Nevertheless, we have the potential for another 24 commodity items to export,” said Timur Toktabayev, Kazakhstan’s Vice Minister of Industry and Infrastructure Development, according to Forbes.kz.

“Now, we are discussing with bordering countries – with Uzbekistan, Turkmenistan and Afghanistan itself – the issue of loading our terminal facilities so that our goods can be placed there. The construction of new cargo terminals in Afghanistan is also under consideration,” Toktabayev said.

Afghanistan’s agricultural economy has struggled after international forces dramatically drew down and the billions of dollars in foreign aid that once poured in have dried up. The Afghanistan Living Conditions Survey, a joint study by the European Union and Afghanistan’s Central Statistics Organization, has shown that food insecurity in Afghanistan has risen from 30.1 percent to 44.6 percent in five years.

When it comes to investment and interest in Afghanistan, Kazakhstan’s interest go beyond agriculture. Toktabayev says that Kazakhstani energy companies are eager to develop the oil and gas fields in Afghanistan.

“In Afghanistan, there are large volumes of oil, copper, beryllium, manganese, and tin. KazMunayGas and KazGeology companies are negotiating the selection of potential projects. Of the large projects, there is a development of three oil and gas fields and we expect results in the near future,” said Toktabayev.

Afghanistan has some of the most complex and varied geology in the world, and the country is home to 1,400 different mineral occurrences. Explorations in the 1960s and 70s resulted in the discovery of significant deposits of copper, iron and gold, and non-metallic minerals like halite, talc and mica.

Meanwhile, Afghanistan is a major concern for Kazakhstan given the spread of religious fundamentalism in Central Asia. Terrorism and activity by rogue groups operating in Afghanistan and throughout the region are seen as a serious threat to Kazakhstani peace and stability.

“Kazakhstan has allocated funds in the amount of $6 million in 2016 and 2018 to the relevant NATO Trust Fund to support the Afghan National Defense and Security Forces (ANDSF),” the Kazakh Foreign Ministry said earlier this year.