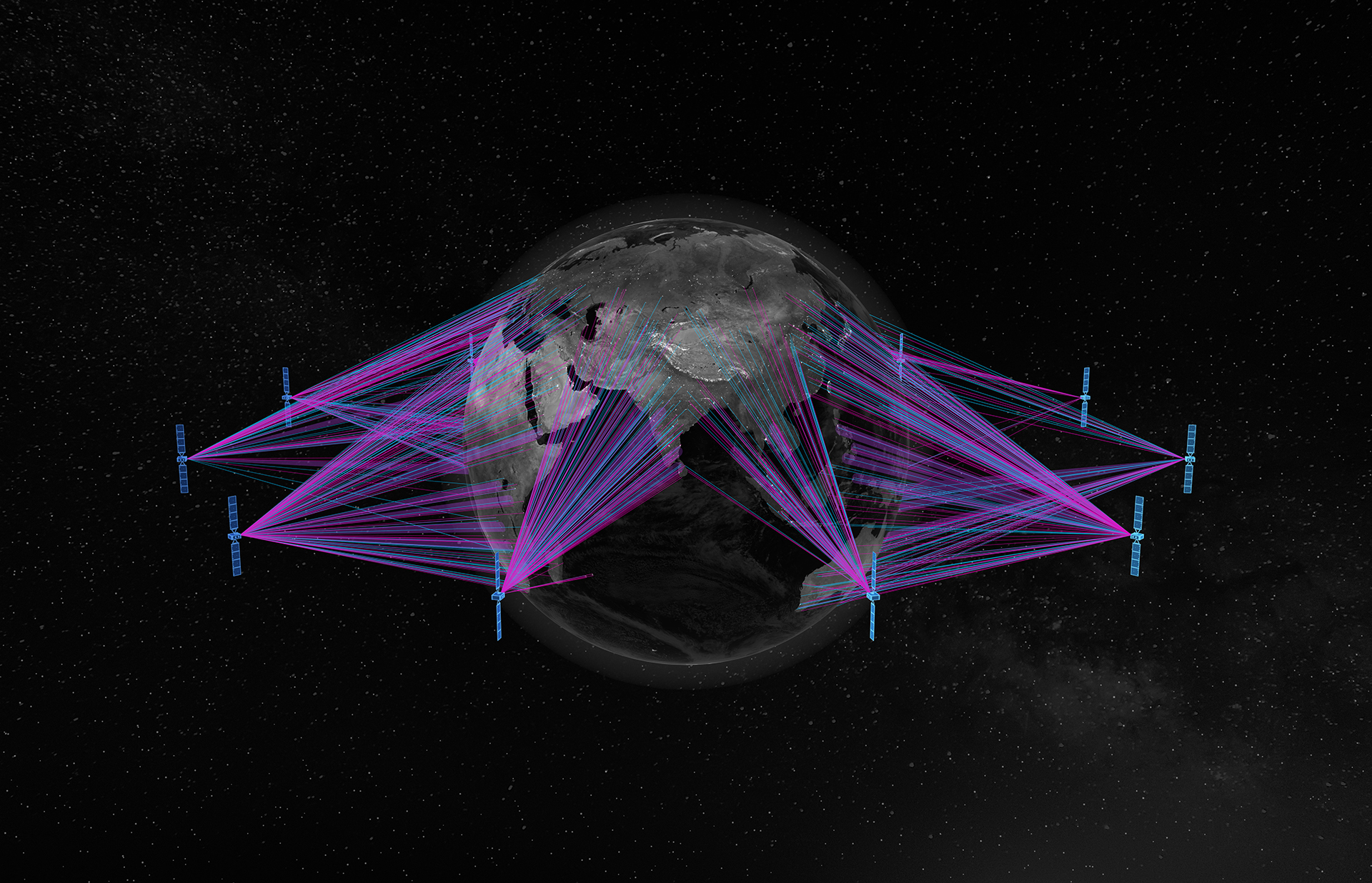 Kazakhstan has been partnering with some of the world's leading satellite operators to speed up its digital transformation. / SES

As Central Asia’s largest and wealthiest country has long been in search of how to accelerate a state-backed economic development strategy dubbed “Digital Kazakhstan,” global know-how could be the key.

On Monday, Kazakhstan’s Republican Center for Space Communications (RCSC) signed a memorandum of understanding (MoU) with SES, a Luxembourg-based global content connectivity solutions provider, to explore the possibility of signing service agreements. If signed, SES will provide Kazakhstan with high-speed connectivity services via its O3b mPOWER satellite constellation scheduled to be launched in Q3 2021.

Officials in Kazakhstan believe that the country should not disregard the opportunities that new satellite technologies will deliver.

SES is one of the world’s leading satellite owners and operators with over 70 satellites in two different orbits, geostationary orbit (GEO) and medium Earth orbit (MEO).

Owned and operated by SES, the O3b mPOWER satellite constellation comprises 11 high-throughput and low-latency satellites in a medium Earth orbit (MEO), along with ground infrastructure and intelligent software. The system is capable of delivering dedicated services at multiple gigabits per second with unprecedented flexibility and resiliency, ensuring constant, efficient usage of bandwidth. O3b mPOWER is built based on SES’s current generation of O3b system, which remains the only commercially proven non-geostationary satellite orbit (NGSO). The advantages of NGSO systems are the lower latency, smaller size, and lower losses in comparison to GEO satellite systems and that when a constellation is shaped a global coverage can be achieved.

SES has already conducted a demo on the current O3b constellation in Saryagash in central Kazakhstan, where it provided 730 megabits per second to a local mobile tower.

The partnership between Kazakhstan and the Luxembourgish company is expected to speed up the country’s digital transformation process launched in 2018 by former Kazakhstani President Nursultan Nazarbayev. Known as “Digital Kazakhstan,” the state-wide plan is poised to help increase the efficiency and transparency of public administration, strengthen key industries, boost employment, improve the quality of education and healthcare, and improve the country’s investment climate.

“In the digital era, high-speed connectivity and reliable network access are of utmost importance to empower business and communities – especially remote ones,” said John-Paul Hemingway, CEO of SES Networks.

“At SES, we take pride in leveraging our unparalleled reach and proven technology to contribute to the digital transformation of Kazakhstan through cloud-enabled satellite communications. We are pleased to support RCSC with our services and proven non-geostationary satellite orbit (NGSO) experience as they continue to innovate and expand their data services in Kazakhstan, and we look forward to more collaborations with other companies in the country,” he added.

The announcement by SES comes two weeks after Kazakhstan signed an MoU with OneWeb, the UK-based global communications company.

The partnership is also poised to support Kazakhstan’s efforts to digitize its economy. The MoU encompasses several areas of cooperation, including the use of OneWeb’s satellite connectivity platform to provide broadband to remote and hard-to-reach rural communities, as well as the construction of a ground station to provide connectivity to Central Asian countries.

In addition, Kazakhstan registered OneWeb Kazakhstan Ltd, a subsidiary company that will facilitate the establishment of a Low Earth Orbit Center of Excellence in the country and enable OneWeb’s service delivery across the whole of Central Asia.

Meanwhile, Kazakhstan currently owns the space communication system consisting of KazSat-2 ($115 million) and KazSat-3 ($120 million) satellites as well as ground control systems. In the period between 2011-2018, the system helped to save $106 million by reducing the use of foreign satellites.

Earlier this year, the country’s ministry of digital development, innovation, and the aerospace industry confirmed that Kazakhstan would give up on its plan to launch the KazSat-2R telecommunication satellite. The 40 billion tenge ($105 million) project will be terminated in favor of innovative solutions, such as next-generation satellite constellations, according to the ministry’s statement.