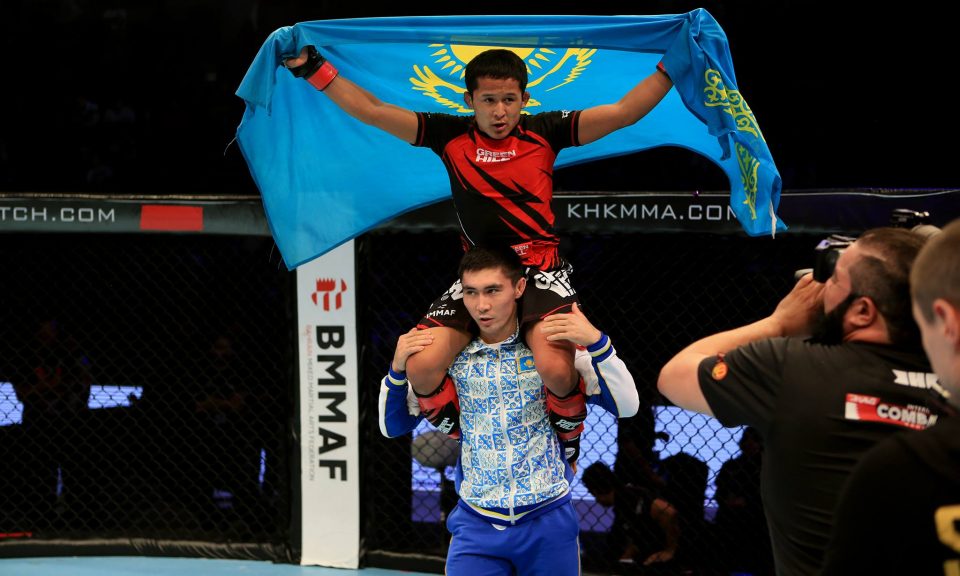 For the first time in its history Kazakhstan will host the 2021 IMMAF World and Junior World Championships, the annual amateur mixed martial arts tournaments organized by the International Mixed Martial Arts (MMA) Federation.

“The 2021 IMMAF World Championship will be held in Kazakhstan’s Nur-Sultan from November 27 to December 5,” said Radmir Gabdullin, the President of the Russian MMA Union, according to a report by RIA Novosti on March 3.

He further added that Kazakhstan’s capital city will also play a host to the MMA World Championships among those aged between 18-20.

Last year, the International Mixed Martial Arts (MMA) Federation announced that the 2020 IMMAF World and Junior World Championships as well as the 2020 IMMAF Asian and Junior Asian Open Championships would both take place in Nur-Sultan, Kazakhstan. IMMAF President Kerrith Brown said that there was a tense bid process between Bahrain, Abu Dhabi, and Kazakhstan to host the championships. However, later all the events were postponed due to the novel coronavirus outbreak in the country.

In 2020, Kazakhstan was forced to postpone or completely cancel a number of major competitions with the participation of foreign citizens due to the COVID-19 pandemic.

Kazakhstan refused to play a substitute host to the Fed Cup Asia/Oceania Group I event — a prestigious tennis competition. The event was originally scheduled to take place in China on February 4-8, but was moved out of the country to Kazakhstan. In addition, the Central Asian country has canceled the Asian Water Polo Championship originally scheduled for February 12-16, 2020.

Meanwhile, Kazakhstan managed to host the 2020 Davis Cup qualifiers before strict restrictions were introduced due to the coronavirus. The premier international team event in men’s tennis took place in the National Tennis Center in Nur-Sultan within five matches. A total of 24 nations competed to win the position in the top 12 qualifying countries in the Davis Cup finals held in Madrid.

The country of almost 19 million people, Kazakhstan has reported more than 217,299 cases of infections, with 2,799 deaths since last March. The country’s lockdown began on March 16, 2020, and was subsequently extended several times. On March 1, 2021, the government of the country eased some restrictions, reopening some entertainment venues and allowing carrying out sports events. However, indoor events are limited to 30 percent of maximum occupancy for a facility.