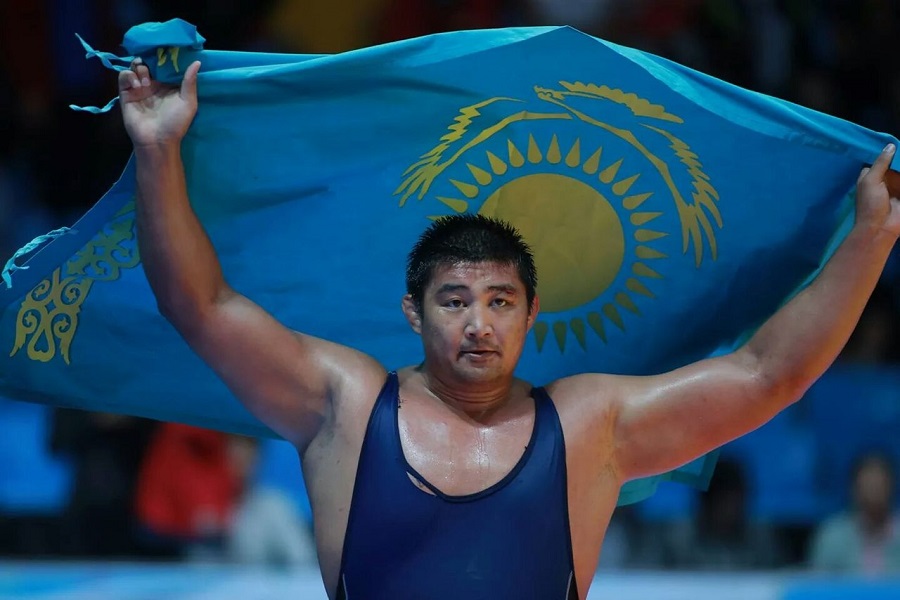 Nurmakhan Tinaliyev, a male wrestler from Kazakhstan. He was the flag bearer at the 2012 Summer Olympics.

For the first time in its history Kazakhstan will host the 2019 Senior Wrestling World Championships, an annual wrestling tournament organized by United World Wrestling.

“With our recent success at the championships last year in Paris, and the upcoming championships in Budapest, I have every confidence that Astana will deliver an excellent event for our athletes, coaches, and fans,” Nenad Lalovic, the head of United World Wrestling, said Monday according to the organization’s official website.

The tournament will run from September 14–22 in 2019 and will serve as the first qualifying meet for the 2020 Olympic Summer Games in Tokyo. The top six finishers in each Olympic weight category in Astana will secure an Olympic qualification for their country.

Daulet Arena in Astana, which seat about 2,500 spectators, will be the venue for the nine-day wrestling extravaganza. Tickets are expected to go on sale sometime in January.

Sauat Mynbayev, the head of Kazakhstan’s Wrestling Federation, says the upcoming championship will be a landmark event for what is the world’s ninth largest country.

“Such a major event in the world of sport will definitely help popularize wrestling in Kazakhstan and the region,” Mynbayev said Monday according to Atameken.

While hosting the World Wrestling Championships will be a first for Kazakhstan, hosting major sporting competitions is not.

In 2011, Astana and Almaty welcomed the VII Winter Asian Games, where athletes from 27 countries competed. The government spent $1.6 billion on the effort – about the same amount Italy and Canada spent on hosting the Winter Olympics in 2006 and 2010, respectively. In 2017, it held Winter Universiade, a multi-sport event that saw athletes from 55 countries compete in 12 disciplines. In 2014 Astana held the Asian Wrestling Championships, and in 2018 the Grappling World Cup.

The 2018 year’s Wrestling World Championships will be held in Budapest, Hungary from October 20-28.