Kazakhstan To Benefit From Iran’s Trade Routes Via the Gulf 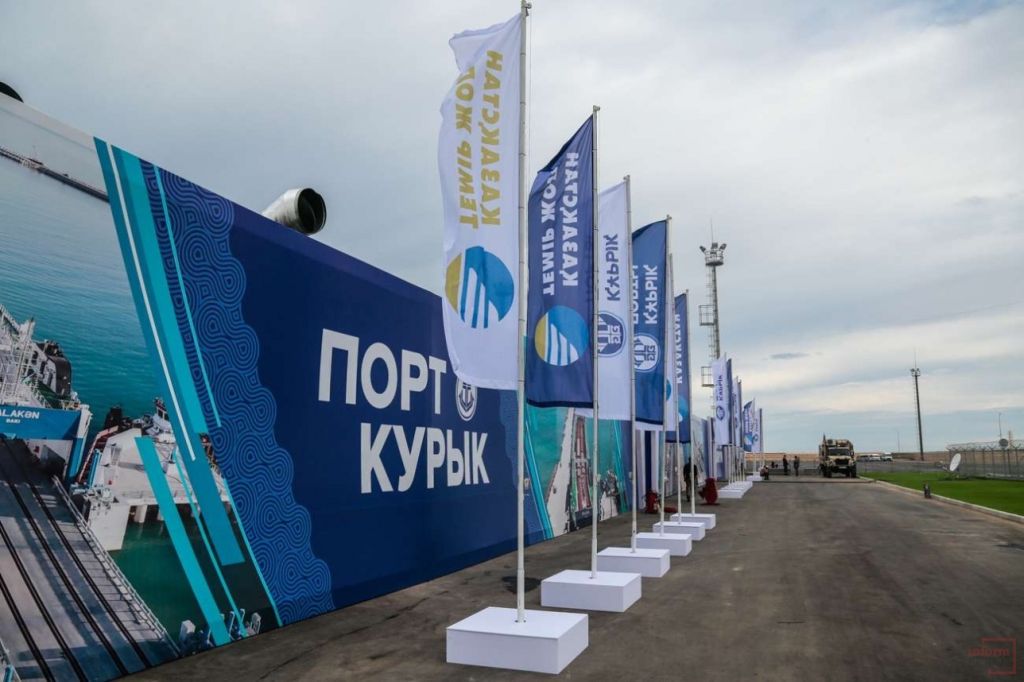 Currently, Kazakhstan’s main cargo traffic passes through the ports of Aktau and Kuryk, both located on the Caspian Sea and connected to seaports of Russia, Azerbaijan and Iran.

Iranian officials have expressed their readiness to help Kazakhstan with transporting goods to the Persian Gulf. The statement was made last week during a visit of a Kazakhstani delegation to Tehran.

“Following the meeting, the Iranian side agreed to provide Kazakhstan with lands in the ports of Bandar Abbas and Amirabad to build logistics centers for exporting goods through Iran to the markets of the Persian Gulf,” reads a statement that was published on the website of the Kazakhstan's Foreign Ministry on April 12.

Bandar Abbas is a port city on the southern coast of Iran with the status of a special economic area, which offers a gateway for re-exports to and from Central Asia. Benefits include a lack of tariffs and customs procedures. The complex includes port facilities with 24 loading booths for ocean liners together with well-equipped storage facilities, including mechanized, indoor and open-top. The port of Amirabad, in turn, lies on the shores of the Caspian Sea about 51 km (32 mi) northeast of Sari, Iran and also has a status of a special economic area.

Kazakhstani officials have for long been looking to increase trade via a water route that will move freight coming into Kazakhstan from other countries, across what is the world’s largest lake, and move it westward to Europe via Baku, as well as southwards to the Gulf countries.

Kazakhstan inaugurated a ferry complex at its Caspian Sea port of Kuryk in 2018, aiming to boost the country’s logistics and transportation potential. Throughout 10 months of 2018, the volume of container traffic moving through Kazakhstan amounted to 411,500 twenty-foot equivalent units (TEU), which is 49 percent more compared to the same period during the previous year.

Currently, Kazakhstan’s main cargo traffic passes through the ports of Aktau and Kuryk, both located on the Caspian Sea and connected to seaports of Russia, Azerbaijan and Iran. Kazakhstani vessels can reach the Iranian port of Amirabad in just three to four days.

Last year officials from Iran and Kazakhstan signed an agreement to issue permits for truckers commuting between the two countries. According to the document, a total of 1,000 transportation licenses will be issued over the Iranian calendar year that began on March 21.

Meanwhile, Kazakhstan’s decision to build logistics centers in Iran comes after a landmark agreement on the legal status of the Caspian Sea that was signed last summer. During a summit held in Aktau, Iran’s President Hassan Rouhani told Kazakhstan’s former President Nursultan Nazarbayev that the two countries could mutually benefit in the transportation sector. Kazakhstan can reach the Indian Ocean thanks to Iran’s southern coastline, and Iran can reach China via Kazakhstan’s far eastern border.

The five Caspian littoral states – Azerbaijan, Iran, Kazakhstan, Russia and Turkmenistan – signed a landmark agreement on the legal status of what is the world’s largest body of enclosed water, on August 12, after more than two decades of disagreement and debate. The agreement, known as the Convention on the Legal Status of the Caspian Sea, allows for the five countries to launch new exploratory projects pertaining to the sea’s surface waters. A decision on the seabed, and the hydrocarbon resources trapped beneath it, has yet to be made.