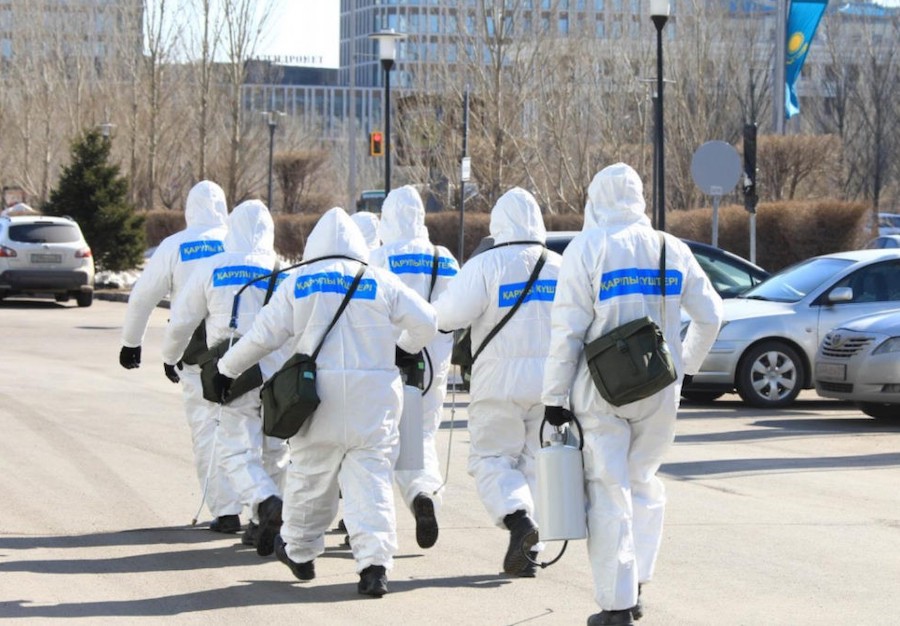 The announcement for tightening the lockdown measures comes amid a sharp increase in the number of COVID-19 cases across the country with a population of nearly 19 million.

The government of Kazakhstan announced on Thursday it would tighten lockdown measures during the upcoming weekend in the cities with a population of 50,000 or more after the country’s confirmed coronavirus caseload reached nearly 16,000.

As part of an online joint briefing chaired by the country’s prime minister, Askar Mamin, the government said the measures will include the closure of all shops except for supermarkets and pharmacies, as well restriction of public transport activities in the cities of Nur-Sultan, Almaty, Karaganda, Shymkent, Pavlodar, and Ekibastuz.

Residents of these cities are also banned from visiting public spaces, including fitness clubs, parks, squares, embankments, beaches, and water parks. Those aged 65 and over are banned from leaving their homes during the lockdown.

At the same time, residents of other Kazakhstani cities with a population of 50,000 or more are not allowed to visit above mentioned public places, but the ban on visiting shopping centers and other trade facilities does not apply to them. Other requirements and restrictions, including those related to sports events, wedding ceremonies, and memorial events also remain in place.

The government has also ordered healthcare officials to expand COVID-19 testing capacity in what is Central Asia’s largest country, according to the statement published to the prime minister's website.

The announcement for tightening the lockdown measures comes amid a sharp increase in the number of COVID-19 cases across the country with a population of nearly 19 million.

The number of coronavirus cases in Kazakhstan has risen to 16,351, after 474 more cases were reported in the last 24 hours, according to the media reports on Friday. The government’s figures, however, do not include asymptomatic cases, which counts for 7,609. Kazakhstan’s official coronavirus death toll has risen to 113, as of today.

On March 13, Kazakhstan announced its first cases of the new coronavirus, two Kazakh nationals returning from Germany and one from Italy. Three days later, on March 16, the government declared a state of emergency, imposing national quarantine and ordering the closure of all state borders. President Kassym-Jomart Tokayev extended the state of emergency twice, on April 14 and 27. The state of emergency in Kazakhstan expired on May 11.

On Wednesday, President Tokayev and local health officials have expressed their concerns that the easing of lockdown measures and further non-compliance with the quarantine measures caused the worsening of the epidemiological situation in the country.

‘‘If the residents continue to behave in such way, there will not be enough doctors and hospital beds and not everyone will get help in time,’’ said Saule Kisikova, the director of the Nur-Sultan Department of Public Health, according to a report by Forbes Kazakhstan.

Meanwhile, Kazakhstan’s former president Nursultan Nazarbayev, who turns 80 next month, has also contracted the novel coronavirus and now is on self-isolation, according to his spokesman Aidos Ukibay.

‘‘There is no reason for concern. Nursultan Nazarbayev continues to work remotely,’’ Ukibay wrote on his Twitter account.

The leader of the ruling Nur Otan party that dominates parliament and the chairman of the country’s security council, Nazarbayev was, until his resignation last March, the last Soviet-era leader still in office.