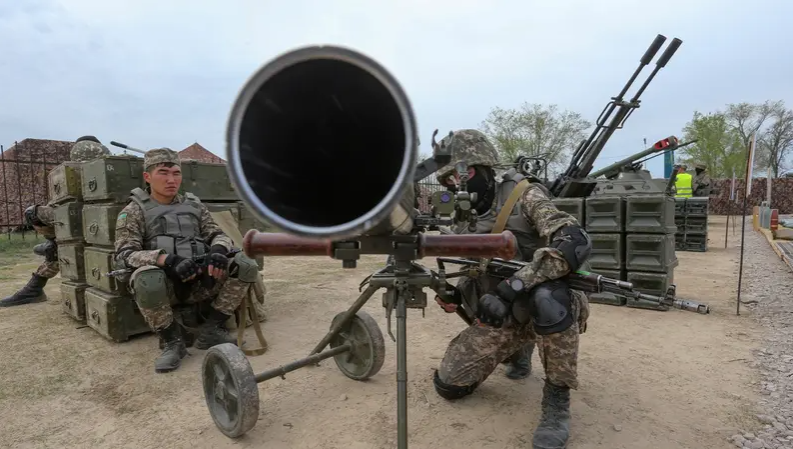 The Kazakhstani government has suspended all arms exports for a year amid the war in Ukraine and Western sanctions against Russia.

According to a statement issued by the government’s press service on Saturday, the proposal put forward by the Ministry of Industry and Infrastructural Development was supported by the members of the Defense Industry Commission.

Some experts suggest that the suspension of arms exports reflects Kazakhstan’s stance on the Ukrainian crisis. Even though Kazakhstan is a neighbour and close ally of Moscow, Central Asia’s largest country has avoided taking sides in the ongoing war between Russia and Ukraine, while calling for a peaceful resolution.

Addressing the St Petersburg International Economic Forum in mid-June, Tokayev made it clear that Kazakhstan would not recognize the self-proclaimed Luhansk and Donetsk people's republics in Ukraine. Kazakhstan also did not assist Russia in circumventing sanctions, prompting aggressive rhetoric by certain Russian politicians.

A country of slightly more than 19 million, Kazakhstan has the second-largest military power in the Central Asian region, behind Uzbekistan, according to Global Firepower’s 2022 rankings. Kazakhstan’s military strength ranked 64 out of 142 countries. Rankings were based on the strength of individual combat arms, the number of servicemen, the length of a country’s borders, as well as oil reserves and labour availability.

Kazakhstan’s army is equipped with 310 tanks, 1,215 armoured fighting vehicles, 407 rocket projectors, 237 military aircraft, 15 military naval vessels, and 22 combat helicopters. Most Kazakhstani military-technical purchases are from Russia, which is considered as the second-largest military power in the world after the US.

Experts from Kazakhstan are currently working hard to develop a home-grown military-industrial base.

The company “Tynys” specializes in manufacturing components and assemblies for aviation equipment and aviation automation equipment for civil and military aircraft and helicopters of Russian design. The enterprise is one of the leading manufacturers of ammunition and personal protective equipment for the security services of Kazakhstan.

Kazakhstan Aselsan Engineering develops and manufactures products in such areas as radar and electronic warfare, electro-optics, avionics, weapons systems, modernization of command control systems and others. In addition, the plant is engaged in the production of electro-optical devices, professional communication equipment, infrared lenses, and electronic boards. The company-developed Arlan is the multi-purpose armoured wheeled vehicle equipped with a combat module SARP. The vehicle's features are designed for monitoring and shooting in any weather conditions, regardless of the time of the day.