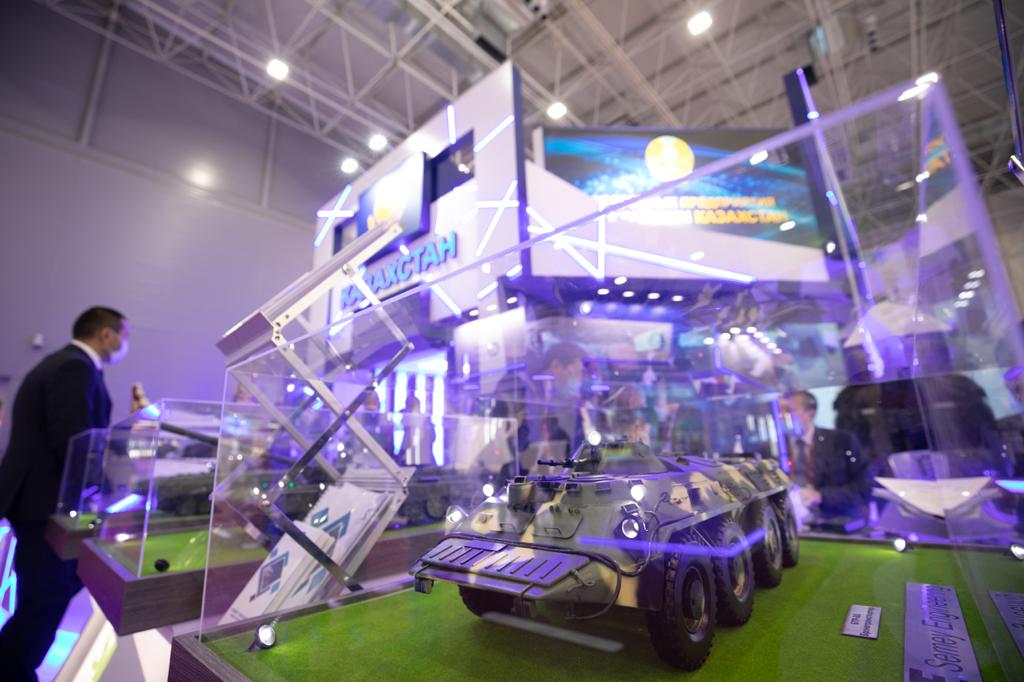 In its sixth edition, Army 2020 brought together over 1,500 Russian and foreign companies engaged in military technologies, including military manufacturers from Kazakhstan. / Kazakhstan Engineering

Kazakhstan has announced defense deals with international companies worth roughly $14.2 million on the fifth day of Army-2020, an international military-technical expo that kicked off on the outskirts of Moscow last Sunday.

The expo is an annual event organized by Russia’s Defense Ministry to sell military products. According to the Rosoboronexport press service, Russia’s manufacturers had over 50 meetings with high-ranking delegations from 36 countries last year.

The 6th edition of the event brought together more than 1,500 Russian and foreign companies engaged in military technologies, including military manufacturers from Kazakhstan, Central Asia’s largest country.

Kazakhstan Engineering, a state-owned defense industry complex comprised of local military manufacturers, announced on Thursday a series of deals with Russian defense companies, whose products were showcased at the forum.

The deals included contracts on the import and export of dual use goods and technologies, submitting of disclosure requirements for its subsequent assemble and use, as well as service agreements for a total amount of over 6 billion tenge, according to a report issued by Kazakhstan Engineering.

Tynys Company signed partnerships with Russia’s Aviahelp and NARP for the purchase of aviation components for KA-226 helicopters, a small, twin-engine utility rotorcraft. In addition, Russia will help Kazakhstan modernize the Soviet-designed main battle T-72B tank to the T-72B3 level, thanks to the deal inked between the country’s giant tank manufacturer Uralvagonzavod and Kazakhstan’s Semey Engineering repair plant. Specialists from the 558 Aircraft Repair Plant will also provide Kazakhstan with service support for Sukhoi Su-25 single-seat and twin-engine jet aircraft.

Defense companies from India and Iran have also shown interest in buying aviation components produced by the Tynys Company, while officials from Germany’s Shvabe discussed setting up a service center for optics installed on armored vehicles with Kazakh defense officials.

Kazakhstan — a country of nearly 19 million — is the largest and wealthiest country in Central Asia. According to Global Firepower’s 2020 rankings, Kazakhstan’s military strength ranked 63 out of 138 countries. Rankings were based on the strength of individual combat arms, the number of servicemen, the length of a country’s borders, as well as oil reserves and labor availability.

Eighty percent of Kazakh military-technical purchases are imported from Russia, which is considered the second-largest military power in the world after the US. In recent years, Kazakhstan purchased Russian-made lightweight MiG-29 fighters, Su-25 attack aircraft, Su-27 and Su-30MK fighters, IL-76 military transport planes and Mi-8/17 helicopters, BTR-80 armored personnel carriers and the BTR-80A.