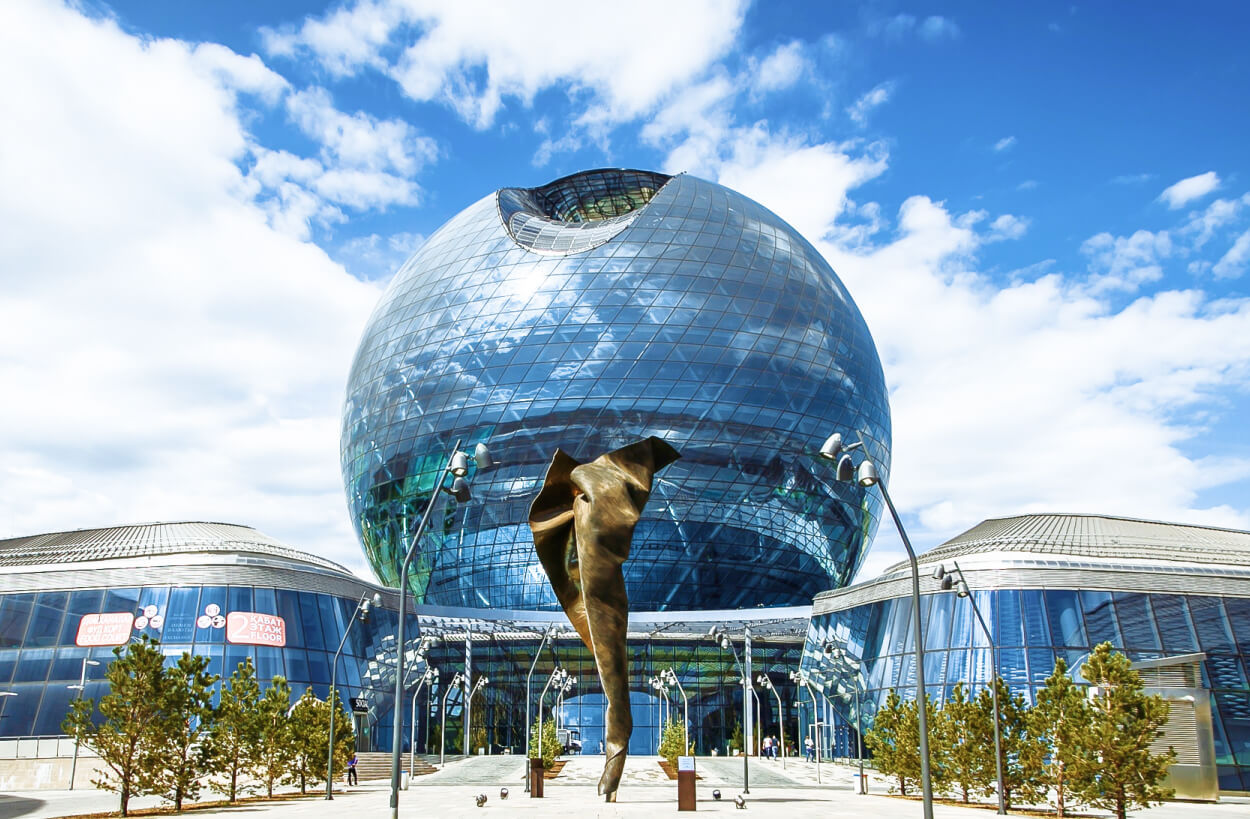 Nur-Alem pavilion is the iconic centerpiece of EXPO-2017.

Kazakhstani President Kassym-Jomart Tokayev set this week a steeper goal to boost the share of renewables in electricity generation to 15 percent by 2030.

The government’s previous target was to reach a 10 percent share of renewable energy in the country’s energy mix by 2030. According to the country’s president, Kazakhstan has already managed to bring the figure to 3 percent.

“Taking into account the new realities and the current positive dynamics, I set a task to increase the share of renewable energy sources in electricity generation up to 15 percent by 2030,” President Tokayev said on Wednesday as part of a videoconference meeting with the country’s energy officials.

Central Asia’s wealthiest country, Kazakhstan, sits atop one of the world’s largest reserves of fossil fuels, ranking the world’s ninth-largest crude oil exporter and holding three percent of the world’s total oil reserves. While the country’s oil and gas industry remains the primary source of revenue for the state budget, the oil price crash of 2014 that plunged the sector into crisis convinced the authorities of Kazakhstan of the value of a diversified economy.

But the first meaningful efforts of Kazakhstan in this area were made back in 2009 when the government adopted a law to support renewable energy projects.

Former president Nursultan Nazarbayev initiated in 2010 the Green Bridge Partnership Program to promote the transfer of cutting-edge technologies, knowledge sharing, and financial support to create sustainable economies and create new and long-term green jobs. In 2013, the government adopted the Concept for Transition to Green Economy, which sets clear targets for building a stable and efficient economic model based on renewable resources, including sourcing 10 percent of its electricity from renewables by 2030; and at least half by mid-century.

Kazakhstan has also played a host to the EXPO 2017 exhibition, a modern-day version of the World’s Fair themed ‘future energy.’ The event lasted four months, brought together more than 130 countries and nearly 4 million visitors, and helped pave the way for increased attention on the country. As the host country, Kazakhstan has used the opportunity to showcase its vision of an economic transformation centered on renewable energy.

Kazakhstan’s steppe geography makes it suitable for the development of wind energy. Roughly 50 percent of the country’s territory has average wind speeds of 4 to 6 meters per second - suitable for energy generation. The most promising areas include the northern and central regions, as well as the Caspian Sea region, according to EBRD’s data.

According to data compiled by the country’s energy ministry, Kazakhstan produced 108 billion kilowatt-hours (kWh) of electricity in 2020, of which 3.24 billion were generated from renewables. Currently, there are 116 renewable energy facilities in the country with an installed capacity of 1,685 MW.

Meanwhile, President Tokayev, who believes that the share of local content in renewable energy projects is still extremely small, instructed the government to carefully study and apply the best international practices of localization in renewable energy and the energy as a whole.

“It is necessary to learn not only to build new sparkling stations, but also to develop local production, science, and technology, to raise qualified domestic personnel. Otherwise, it turns out that the whole country invests in foreign goods and technologies, paying for it through tariffs,” the president said on Wednesday.

Tokayev further stressed the need to stimulate the use of renewable energy sources among the population and proposed to implement pilot projects for the operation of solar panels and micro-power plants as part of the development of “smart” cities.