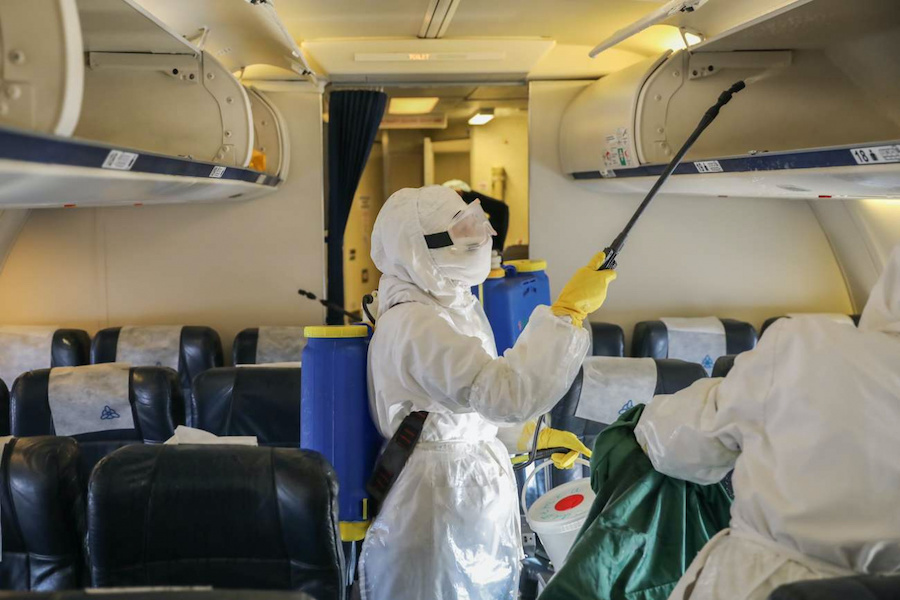 The government of Kazakhstan announced Wednesday that the country would not play a host to the Fed Cup Asia/Oceania Group I event — a prestigious tennis competition — amid growing concerns over the coronavirus that has swept across China and already spread abroad.

At the same time, the Central Asian country has canceled the Asian Water Polo Championship originally scheduled for February 12-16, 2020.

‘‘The interdepartmental commission under the Kazakhstani government adopted a number of additional protective measures to prevent the coronavirus from spreading in Kazakhstan,’’ reads a statement published to the official website of Kazakhstan’s prime minister.

‘’We have rejected an offer made by the International Tennis Federation to switch the qualifying matches of the Federation Cup from the city of Dongguan in China to Nur-Sultan in the period from February 4 to 8, 2020.’’

The Fed Cup Asia/Oceania Group I event featuring China, Taiwan, India, Indonesia, South Korea, and Uzbekistan was scheduled for February 4-8 but was moved out of China amidst the ongoing coronavirus outbreak.

‘‘The decision to move the event to a different venue was taken due to increasing travel restrictions in China at the present time and followed consultation with independent security advisors,’’ a statement released by the International Tennis Federation reads.

At the moment, there is no information about where the competition will be held.

First emerged in the Chinese city of Wuhan in late December, the mysterious deadly coronavirus has already killed 213 people in China and infected nearly 10,000. The new epidemic virus has already spread beyond China, with some 100 cases have been confirmed, including in France, the United States, and Australia, while there have been no deaths outside China. According to a real-time tracking map, nearly 190 people have recovered.

Many countries, including Kazakhstan, have tightened control at airports and border checkpoints over coronavirus fears. Earlier this week, the country has suspended all passenger travels to and from neighboring China and canceled the issue of visas to Chinese citizens.

The country has temporarily shut down the Khorgos International Center for Border Cooperation (ICBC) and all checkpoints along the state border with China to contain the deadly virus.

Last week, Kazakhstan’s Foreign Ministry recommended that Kazakhstanis refrain from traveling to Wuhan. Dozens of students from Kazakhstan are still trapped in Wuhan since the Chinese authorities closed off what is now called ‘‘the epicenter of a pneumonia-like virus.’’ The government of Kazakhstan is now waiting for China’s approval on the evacuation of 61 Kazakhstani students.