Kazakhstan Pushes Ahead with Visa-Free Policy amid COVID-19 Pandemic 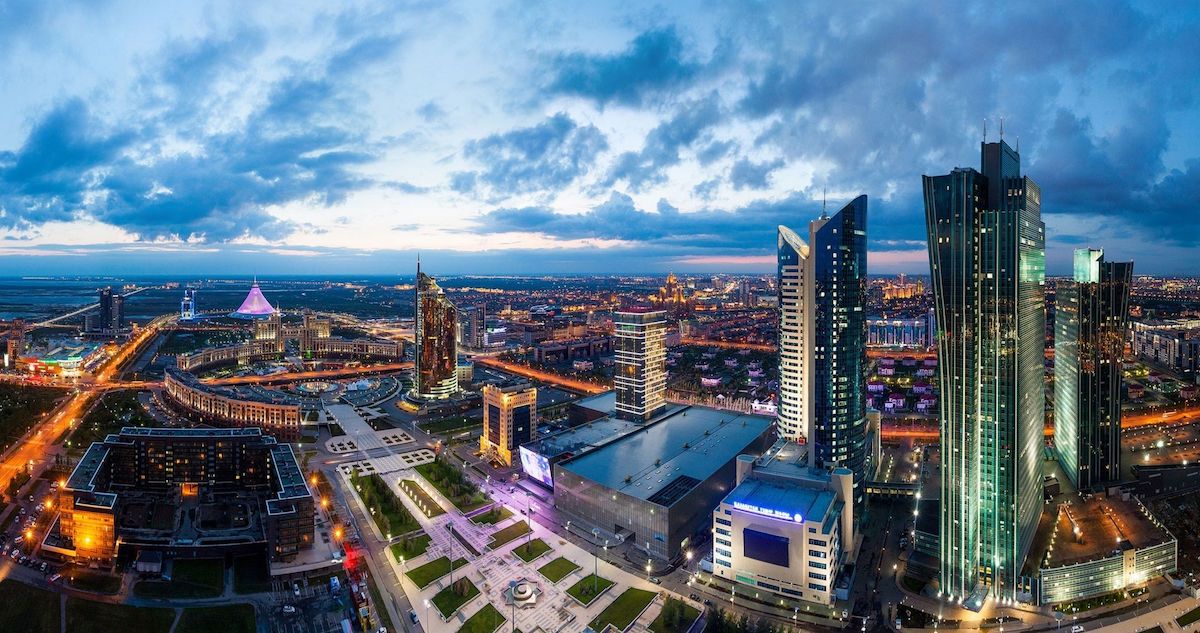 In 2019, the tourism industry generated about 6 percent of Kazakhstan’s GDP, with tourists from neighboring Russia and Uzbekistan making up the largest share of visitors to the country.

Officials in Nur-Sultan announced this week the government’s intent to waive visa requirements for visitors from another 16 countries, a measure meant to boost foreign tourism to the Central Asian wealthiest country and make it a more attractive place for cross-border investment amid coronavirus pandemic.

The list of countries granted unilateral visa exemptions to visit Kazakhstan will total 90, according to the country’s ministry of culture and sport. The ministry, however, did not specify which countries will be added to the list.

The government of Kazakhstan is also intending to facilitate an existing electronic visa system, which will greatly simplify the arrivals process.

The system, launched in 2019, allows visitors to apply online, digitally entering their vital information such as full legal name, birth date, and the purpose of their trip. Approval takes about five business days and results in the applicant receiving a printable e-visa that must be shown at their port of entry upon arrival. Currently, citizens residing in 140 countries, including citizens of China, India, Iran, and other Persian Gulf countries, can apply for an e-visa for tourism, business, and medical treatment purposes.

In addition, Kazakhstan has recently piloted a system dubbed “eQonaq” (which means “guest” in the Kazakh language). The system registers foreign visitors automatically as part of check-in procedures, according to the ministry.

With a GDP of over $487 billion, Kazakhstan is Central Asia’s wealthiest economy, generating about 60 percent of the region’s gross domestic product (GDP) in terms of purchasing power parity, according to US government statistics. In 2019, the tourism industry generated about 6 percent of Kazakhstan’s GDP, with tourists from neighboring Russia and Uzbekistan making up the largest share of visitors to the country.

At the same time, Kazakhstan had been the top destination in Central Asia throughout 2019 for some of the most active cross-border investors, including those from the Netherlands, the United States, Switzerland, Russia, and the United Kingdom, absorbing more than $24 billion in foreign direct investment (FDI).

With an aim to develop tourism infrastructure and attract foreign nationals from around the globe, the government of Kazakhstan launched a long-term development program in 2017.

The initiative initially resulted in a unilateral visa exemption for visitors from 45 countries, including the United States, European Union member states, Australia, and Canada. In addition, Kazakhstan has inked bilateral agreements with 16 other countries that allow their citizens to stay in Kazakhstan anywhere from just two weeks to 90 days without requiring a visa. Russians, for example, can remain in Kazakhstan for nearly three months while South Koreans can stay for up to a month.

As part of the initiative, Kazakhstan also introduced a 72-hour transit visa waiver for Chinese and Indian nationals, which was later suspended through January 1, 2021. In addition, the country suspended visa waivers for 57 countries through May 1, 2021, due to the coronavirus pandemic.

The country of almost 19 million people, Kazakhstan has reported more than 206,652 cases of infections, with 2,540 deaths since last March. The country’s lockdown began on March 16, 2020, and was subsequently extended several times. Harsh restrictions imposed by the government to curb the coronavirus outbreak halted most economic activities in Kazakhstan, causing many people to lose their jobs.

Pavel Kazantsev, Deputy Chair of the Mazhilis, the parliament of Kazakhstan, believes that tourism is one of the most affected industries.

“Hotels, restaurant business, passenger transportation, excursion activities were seriously affected,” he said, adding that travel agents and tour operators reported a 70 percent decrease in sales, while for the hotel industry, this figure amounted to 80 percent.