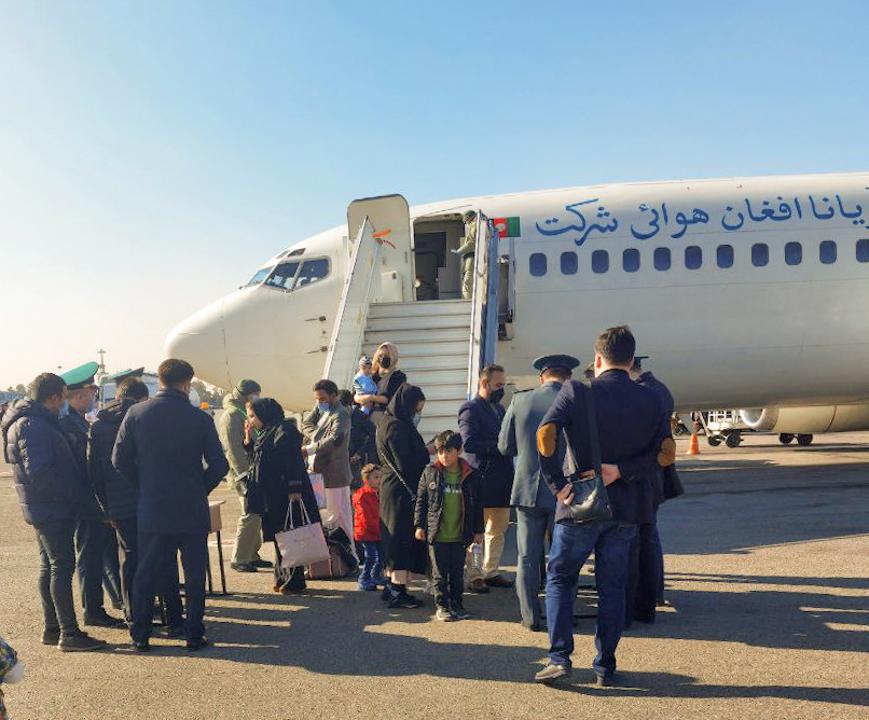 After the Taliban militant group seized power in Afghanistan on August 15, hundreds of prisoners were freed from local prisons, including those jailed by female judges.

According to a statement issued by Kazakhstan’s Foreign Ministry on Tuesday, the transit was carried out in cooperation with international non-governmental organizations through the Almaty International Airport, the country’s largest air harbor.

“Based on Kazakhstan’s commitment to its international humanitarian obligations, the Head of State has decided to provide a transit corridor for Afghan female judges and members of parliament and their families,” reads the statement.

Lyazzat Ramazanova, who chairs the National Commission for Women, Family, and Demographic Policy of Kazakhstan, believes the security of Afghan women is one of the key issues in Central Asia.

“The opportunity to leave the places of tension and hostilities for Afghan women is one of the initiatives declared by Kazakhstan,” Ramazanova wrote on her Facebook page on Tuesday.

“The National Commission for Women, Family and Demographic Policy of Kazakhstan intends to continue to promote issues of strengthening peace and security in the Central Asian region,” she added.

After the Taliban militant group seized power in Afghanistan on August 15, hundreds of prisoners were freed from local prisons, including those jailed by female judges. Today, more than 220 female Afghan judges, who once presided over abuse cases, are currently hiding across the country due to fear of retribution under Taliban rule, according to an investigation by the BBC.

“I lost my job and now I can’t even go outside or do anything freely because I fear these freed prisoners. A dark future is awaiting everyone in Afghanistan, especially female judges,” Nabila, who was a judge in Afghanistan’s Supreme Court before Taliban takeover, told New York Times last week.

The situation has worsened because Taliban officials recovered judges’ personal information from court records and some have had their bank accounts frozen, said Susan Glazebrook, president of the judges’ association and a justice of the Supreme Court in New Zealand.

“Women judges are at added risk because of their gender. The Taliban does not accept that women have the right to judge men,” Glazebrook said in a statement issued last week.

Not only have the women lawmakers lost their jobs, but they now live in constant worry that they or their loved ones will be tracked down and murdered.

The Taliban launched massive offensive recapturing swaths of land, including major cities and provinces, simultaneously with the withdrawal of the US servicemen. The group’s return to power after being ousted in 2001 finished with the fall of the capital Kabul on August 15. President Ashraf Gani fled the country to avoid what he claimed could be “bloodshed.” The militant group changed Afghanistan’s name for the “Islamic Emirate of Afghanistan,” promising to establish an inclusive government in line with the Islamic sharia law.