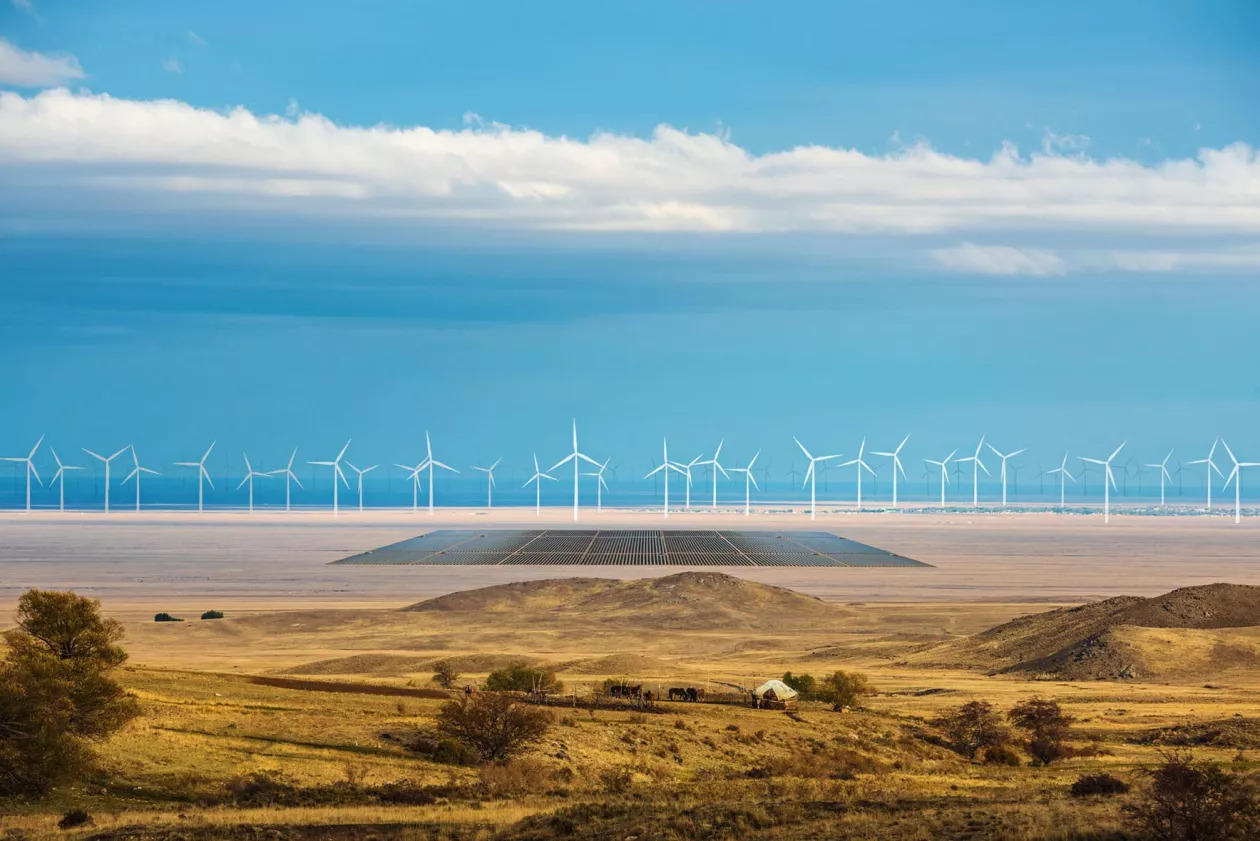 Kazakhstan generates more than 70 percent of its electricity from its abundant resources of coal but aims for other sources to supply half its power by 2050. / Eurasianet.Org

During his visit to Abu Dhabi, President Tokayev addressed the Abu Dhabi Sustainability Week (ADSW) 2023, the summit that brought together heads of state, policy makers, industry leaders, investors and entrepreneurs to discuss and engage in bold climate action and innovations that will ensure a sustainable world for the next generation.

In his speech on Monday, the Kazakh leader informed the summit’s attendees about his country’s substantial wind and solar energy potential.

“The abundance of wind and sun, as well as the vast territory of the country, can make Kazakhstan a leader in this sector, able to contribute to global climate protection efforts,” Astana Times quoted the president as saying. “In this regard, Kazakhstan is improving the regulatory framework, creating the most attractive conditions for investors,” he added.

“Green hydrogen is another promising area,” President Tokayev said. “International experts believe that Kazakhstan can become one of the world’s biggest exporters of hydrogen.”

Kazakhstan sits atop one of the world’s largest reserves of fossil fuels, ranking the world’s ninth-largest crude oil exporter and holding three percent of the world’s total oil reserves. While the country’s oil and gas industry remains the primary source of revenue for the state budget, Kazakhstan has made ambitious commitments to increase the role of renewables and reduce greenhouse gas emissions.

Currently, the country generates more than 70 percent of its electricity from its abundant resources of coal but aims for other sources to supply half its power by 2050. This shift is intended to help meet the government’s ambitious goals of reducing the country’s greenhouse gas emissions to 15 percent below their 1990 levels by 2030. At the same time, Kazakhstan is eager to reach carbon neutrality by 2060.

With more than half of the country’s territory seeing average wind speeds of 4 to 6 meters per second — suitable for energy generation, Kazakhstan has significant renewable energy potential. According to EBRD’s data, the most promising areas include the northern and central regions and the Caspian Sea region.

Given the vast potential for renewable energy development, Kazakhstan’s authorities are working to install new capacity across the regions and near the inhabited settlements that dot the Kazakh steppe.

To make this happen, the government created a better environment to attract major investments into the industry, introducing a 15-year feed-in-tariff (FiT) mechanism. In 2018, the country’s energy ministry launched renewable auctions to make selection of projects and investors more transparent and understandable. At the same time, thanks to the auctions, officials in Astana can bet on more efficient technologies and projects that will reduce the impact of renewable energy capacity introduction on end consumers’ tariffs.

Kazakhstan has been working closely with several financial institutions, including European Bank for Reconstruction and Development (EBRD), to introduce different energy sources into the energy generation mix. To date, cumulative EBRD investment into the country amounted to €8.4 billion, of which about €1.2 billion is invested in sustainable energy and resources.