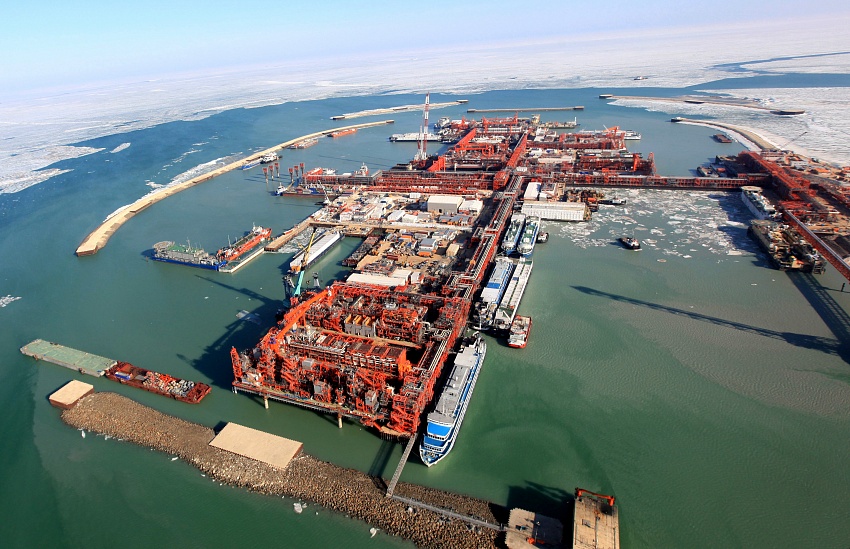 Located in the northern part of the Caspian Sea close to Atyrau, Kashagan was discovered in 2000, and today is considered to be one of the world’s largest discoveries of the past four decades.

Nurlan Nogayev, who heads the country’s energy ministry, revealed that the government is currently working with contractors to design a roadmap for the second stage of Kashagan development.

The facility is expected to help refine raw materials from highly toxic and aggressive hydrogen sulfide present in associated natural gas and as a result, increase crude oil production.

“The construction of a gas processing plant with a capacity of one billion cubic meters in the contract period will additionally provide about eight million tons of oil,” Nogayev said on Wednesday, according to a report by Kazinform.

According to the government data, Kazakhstan increased crude oil production in the past four months of the current year as exploration and extraction of its oil grew by 6 percent, reaching 31.3 million tons. Kashagan produced more crude oil than any other field of Kazakhstan, increasing by 11.5 percent in January-April, 2020.

Earlier this year, Prime Minister Askar Mamin’s office announced the government’s intent to build the facility that will use feedstock from Kashagan, to increase oil production by 12 million tons as well as create thousands of jobs.

The gas processing plant, set to come online in late 2021, will be built by Kazakh GPC Invest company. Previously, officials in Nur-Sultan said they were discussing the project with a group of global energy companies engaged in the development of Kashagan, including Eni, Total, Royal Dutch Shell, Exxon Mobil, CNPC, and Inpex.

According to the deal, which cost the Kazakh company $860 million, the plant will be located 12 km north-east of the Bolashak oil and gas processing plant — another facility engaged in refinery activities.

The facility will meet the demand of both domestic and foreign markets, according to industry officials.

Located in the northern part of the Caspian Sea close to Atyrau, Kashagan was discovered in 2000, and today is considered to be one of the world’s largest discoveries of the past four decades. The giant field is believed to contain between 9 and 13 billion barrels of crude oil, according to the field operator.

Kashagan has been operated through a joint venture, the North Caspian Operating Company, between Eni, KazMunayGas, Total, Royal Dutch Shell, Exxon Mobil, CNPC, and Inpex since 1997.

In 2016, the first offshore oil in the history of Kazakhstan was commercially produced from Kashagan.

The light crude oil from the Kashagan field has a high sour gas content (H2S) and carbon dioxide (Co2). The particular challenge of Kashagan is posed by the harsh operating environment, which requires many more precautions and a much larger investment to manage the safety risks.

Meanwhile, the recent announcement from Kazakhstan’s energy minister came after the government tightened a lockdown of Tengiz and Karachaganak fields, to prevent the spread of coronavirus.

The lockdown of Karachaganak, the country’s biggest gas condensate field remains in effect through June 5. The similar measures were extended for Tengiz — until June 12.