Kazakhstan Plans To Bring Aral Sea’s Landscape Back To Life 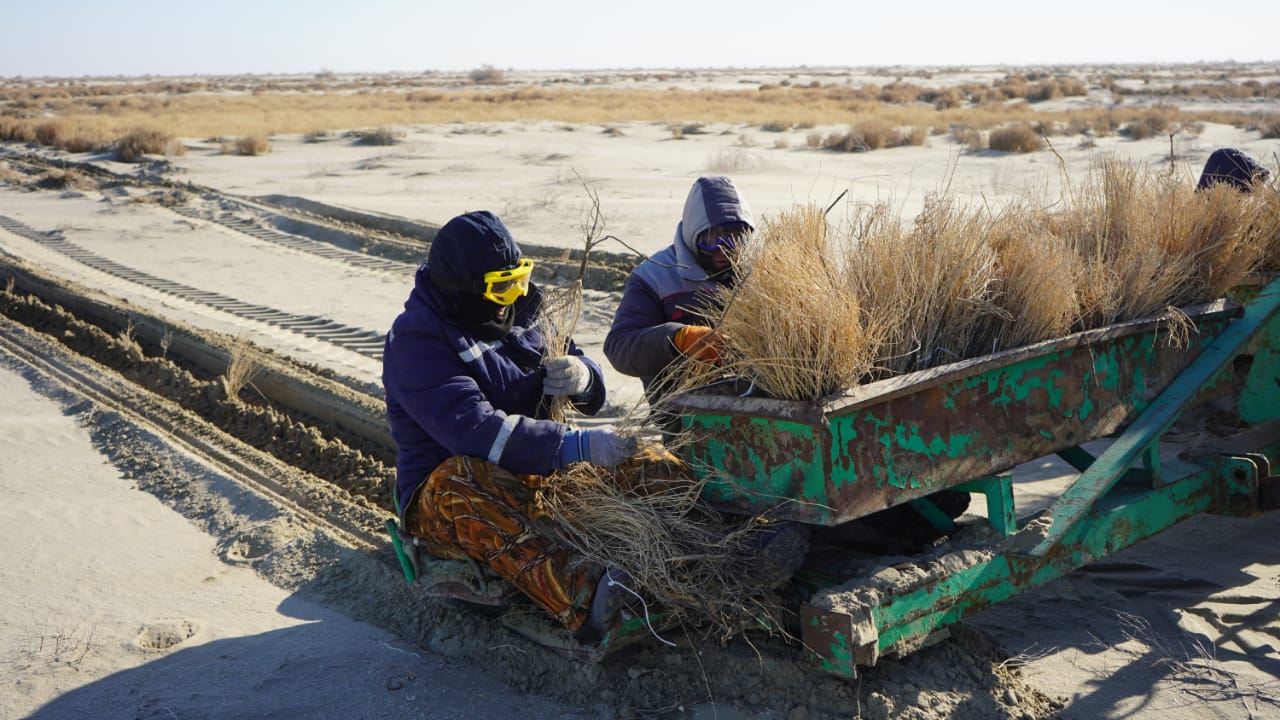 Being highly drought-resistant, saxaul plays an important role in the establishment of shelterbelts and the fixation of dunes as a counter to desertification.

As environmental issues have long become some of the world’s most pressing challenges, countries across the globe are looking for new solutions and Kazakhstan is no exception.

Last week, government officials from Kazakhstan revealed plans to extend activities aimed at reviving what was once the world’s fourth-largest lake, the Aral Sea. In the next few years, the government will plant another 177.5 million seedlings in that part of the sea where there has been no water for a long time, in order to prevent desertification.

“We submitted a proposal to the Ministry of Ecology, Geology and Natural Resources to extend phyto-forest reclamation works at the dried bottom of the Aral Sea within the Kazakhstan Resilient Landscapes Restoration Project to be funded by the World Bank,” said Gulshara Abdykalikova, mayor of country’s southern region of Kyzylorda.

The project worth $4.3 million provides for pilot farmer and community centered landscape restoration of specified degraded territories in Kazakhstan. The list of objectives includes afforestation and shelterbelt establishment around villages to protect from dust storms or along main roads for land stabilization around the degraded Aral Seabed “using successful planting technologies of saxaul and other drought-resistant trees.”

The Aral Sea, lying between Kazakhstan and Uzbekistan, had an area of seven million hectares until the 1960s.

Described as one of the worst environmental disasters of the world, the Aral Sea began shrinking after the waters of the Amu Darya River, which used to flow into the Aral, started to sink into Uzbekistan’s cotton fields, never reaching the sea. Over time the sea split into the South Aral Sea, or “Large Sea,” mainly within Uzbekistan’s borders, and the North Aral Sea, also called “The Small Sea,” in Kazakhstan.

The environmental disaster affected the fishing industry after 40 species of fish inhabiting the sea died out due to the harsh conditions. The most widespread inhabitant of the Aral, the Black Sea flounder, had adapted to life in salt water, but it also completely disappeared by 2003 as it failed to stand the increasingly extreme salty water. Once the world’s fourth largest lake after the Caspian Sea, Lakes Superior, and Victoria, the Aral turned into a desert over time, even burying fishing ships into the sand.

In addition, the climate in the region became arid and heavy windstorms with millions of tons of pesticides used in agriculture destroyed once diverse fauna.

“Every year, up to 80 million tons of toxic salts rise from the dried bottom of the Aral Sea,” said Asylkhan Asylbekov, who heads Kazakhstan’s Biodiversity Conservation Fund. “Salts and sands of the Aral Sea have been found in Greenland, America and other regions. This is an ecological catastrophe not only for Kazakhstan, but also a global problem.”

One of the ways to stop this process might be to plant saxaul. Being highly drought-resistant, this plant plays an important role in the establishment of shelterbelts and the fixation of dunes as a counter to desertification. Over the past 29 years, Kazakhstan planted 194,000 hectares of the seabed and now these plants are growing naturally.