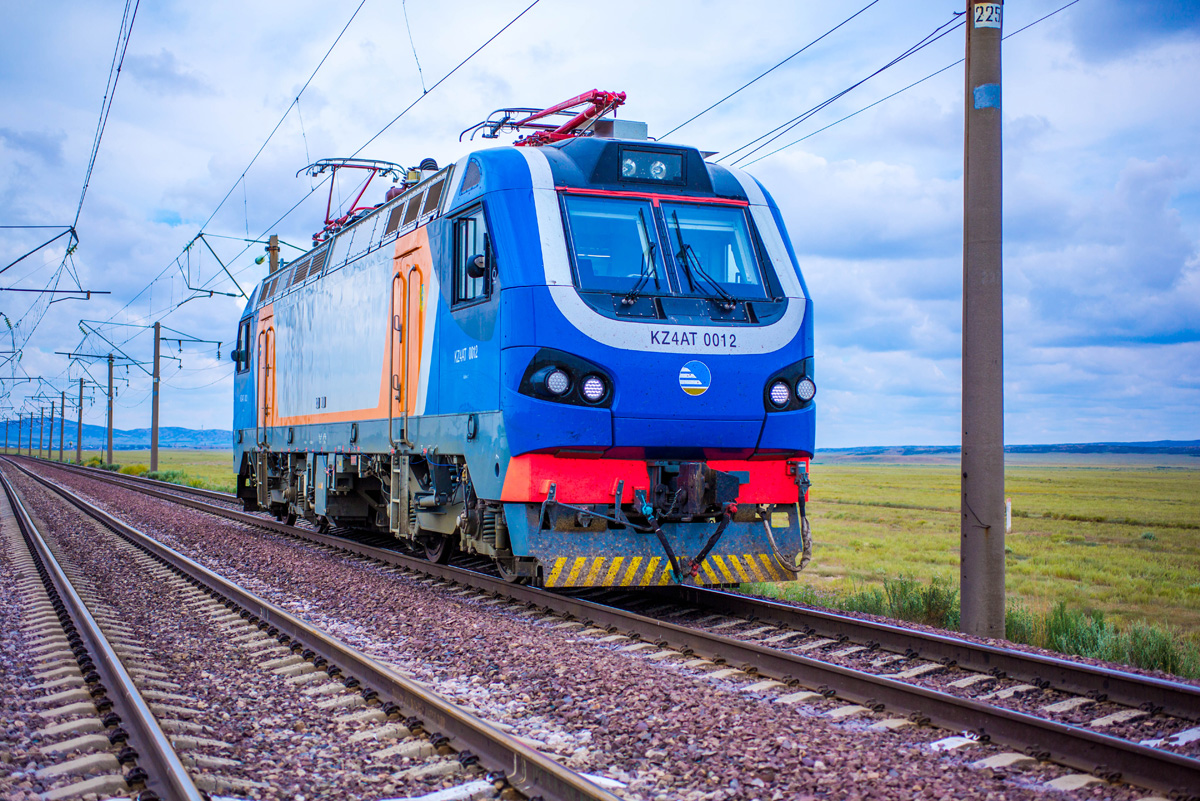 Some 90 freight and 39 passenger locomotives manufactured by Alstom are already in commercial operation on Kazakhstani tracks.

The agreement signed Wednesday by Andrew DeLeone, President of Alstom in Africa, Middle East and Central Asia, and Nurlan Sauranbayev, CEO of KTZ, will be in effect between 2023-2029.

Under the deal, Alstom will design and manufacture 245 units of electric locomotives in Alstom’s plants in Kazakhstan, boosting what the French company calls the “localization” of locomotive production. Out of the 245 locomotives, 160 next-generation KZ8A models will be used for freight transport, while the rest will be allocated for passenger services.

“Alstom’s work in Kazakhstan goes beyond addressing the immediate transportation needs of the country to support KTZ as they build a strong and sustainable rail industry,” said DeLeone. “We see a growing future in Kazakhstan, with increased localization, a larger and more diverse employee base and new export opportunities.”

Some 90 freight and 39 passenger locomotives manufactured by Alstom are already in commercial operation on Kazakhstani tracks. Alstom, which is ranked amongst the world’s leading brands in integrated transportation systems, developed the Prima T8 KZ8A electric freight locomotive specifically for the Kazakh rail freight industry.

The Prima KZ8A model is based on the Alstom Prima modular platform that is ranked as one of the most powerful electric locomotives in the world, capable of transporting loads of up to 9,000 tonnes. With an installed engine power of 8.8 MW, it can run at 120 kilometers (74.5 miles) per hour and has been designed to operate in extreme weather conditions.

Alstom is the only manufacturer of electric locomotives in Central Asia and the Caucasus region and a major contributor to the revitalization of the region’s rail industry and the development of its economy. Alstom recorded sales of €8.0 billion ($8.3 billion) and received €10.1 billion ($10.5 billion) worth of orders in the first half of the 2022-23 fiscal year. Headquartered in France, Alstom has a presence in more than 60 countries and employs 75,000 people.

The company’s current work with Kazakhstan is not new as the French company has been active in the Kazakh market for twelve years. In 2010, Alstom and Russia’s Transmashholding (TMH) launched a joint venture to build locomotives for Kazakhstan’s railways to help Central Asia’s largest country upgrade and modernize its rail networks.

With a territory measuring more than 2.7 million square kilometers (1.68 square miles), Kazakhstan is an important hub linking Europe, the Middle East, Asia and Russia through the new Silk Way. With around 21,000 km of track, the Kazakh railway network is one of the world’s biggest networks, operating in a broad gauge of 1,520 mm. As of 2020, Kazakhstan's railway fleet included over 1,700 electric and diesel locomotives, as well as nearly 2,300 passenger cars.

The Kazakh government has launched a $9 billion state-wide plan known as Nurly Zhol, or “bright path” in Kazakh. The initiative prioritizes the development of the country’s railways and roads with an eye toward its eastern neighbor and economic giant China.