Kazakhstan May Link To Gazprom's Power Of Siberia 2 Gas Pipeline 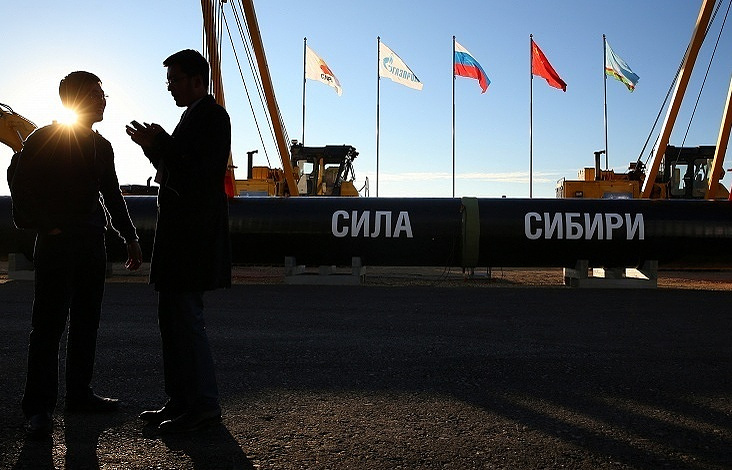 Gazprom and China National Petroleum Corporation (CNPC) signed a $400 billion deal in 2014, according to which Russia’s energy giant will supply China – one of the world’s largest energy consumers – with 38 billion cubic meters of gas annually for 30 years.

Gazprom’s ambitious energy project known as Power of Siberia is nearing completion, and officials in Beijing and Moscow are already talking about a new conduit – Power of Siberia 2 – that would serve industrial areas on China’s east coast. Kazakhstan, which borders both Russia and China, may get in on the action.

The authorities in Nur-Sultan believe once Russia and China agree to launch the second part of the giant cross-border gas pipeline, it may help supply the eastern corner of Kazakhstan with natural gas.

“Based on the environmental situation in the region, we are also considering the option of joining the future Power of Siberia-2 project,” said Askar Mamin, Kazakhstan’s prime minister, according to a report by Tengrinews.

“Currently, gas prices are negotiated. We have offered Russia that [the pipeline] goes through Kazakhstan with an exit to the Chinese market.”

Gazprom and China National Petroleum Corporation (CNPC) signed a $400 billion deal in 2014, according to which Russia’s energy giant will supply China – one of the world’s largest energy consumers – with 38 billion cubic meters of gas annually for 30 years. With a length of about 3,000 kilometers (1,864 miles), the pipeline stretches from the Chayanda and Kovykta gas fields in Siberia to the city of Blagoveshchensk, near the Chinese border. The mega pipeline will come online on December 2, according to Dmitry Peskov, a spokesman for the Russian president.

Earlier this year, officials at Gazprom Export said the parties to the agreement were negotiating increases in gas supplies along the existing route, as well as exploring the possibilities of additional supplies via other routes, including those called Far East and Altai. The latter, which is better known as Power of Siberia 2, is expected to stretch over 6,700 km (4,163 mi), of which 2,700 km (1,678 mi) will pass through Russia.

At the same time, the project has been facing criticism in Russia as the route is mapped in such a way that the pipeline will end up passing through a natural park located on the Ukok Plateau. Local residents and activists believe that violates a natural habitat protected by UNESCO.

Meanwhile, energy officials in Kazakhstan said the government is considering the use of two sources of supply for security purposes.

“Since not only the price, but also the reliability of supplies is also a very important aspect, therefore, in some cases, we assume to have two alternative sources,” Kazakhstan’s First Deputy Energy Minister Makhambet Dosmukhambetov told reporters on Tuesday.

The deputy minister also explained that the Sarybulak field, located in the East Kazakhstan region, has small gas volumes and therefore cannot provide gasification to the region that borders Russia’s Altai Krai and Altai Republic to the north and China’s Xinjiang Uygur Autonomous Region to the east.

Meanwhile, Kazakhstan sits atop some of the world’s largest reserves of fossil fuels and operates two major export pipelines for natural gas. These are the Central Asia - Center pipeline, which traverses the western edge of Kazakhstan on its way to Russia and points further west; and the Turkmenistan-China pipeline, which traverses the southern edge of the country on its way to China.

Both pipelines are part of the regional Caspian export infrastructure and mainly carry natural gas exports from Turkmenistan, along with smaller but still significant volumes of exports from Kazakhstan and Uzbekistan.