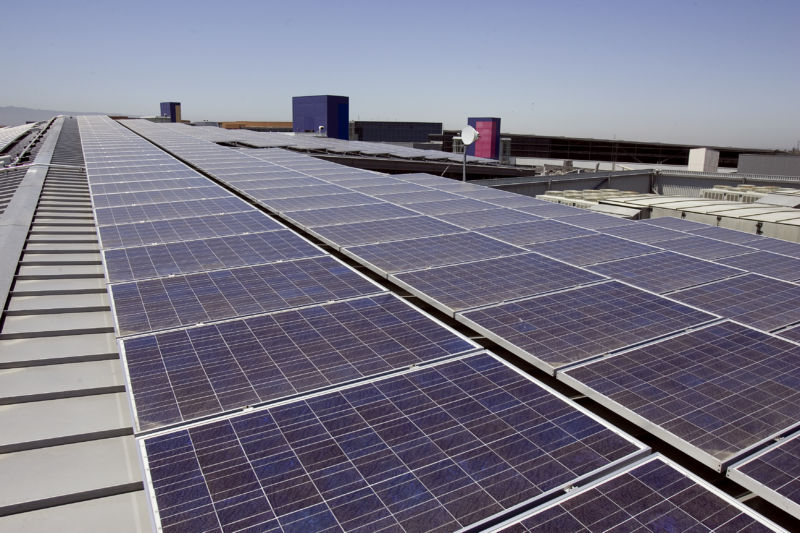 Electricity is vital for modern-day Kazakhstan, the country of slightly more than 18 million people, of which some 43 percent live in rural areas.

The plant with the capacity of 4.8 megawatts (MW) covers approximately 27 acres and consists of 12,798 solar panels that absorb sunlight through its silicon cells and then convert it into energy.

The $4.3 million clean energy facility named ‘‘Zhetisay’’ is bearing the same name as the city in which it is located. The initiative is a part of the Kazakhstani government’s strategy to develop clean energy and make the country less dependent on fossil fuel. The plant has already created several jobs for citizens and residents.

‘‘The project goes in line with the ‘green’ economy policy and contributes to the industrial and innovative development of Kazakhstan,’’ reads a statement issued by the country’s energy ministry. The Zhetisay plant is expected to reduce carbon emissions up to 6,048 tons, according to the ministry.

As of today, Kazakhstan is ranked the world’s ninth-largest crude oil exporter and holds three percent of the world’s total oil reserves, placing it 11th globally and making it the third-largest oil producer in the Caspian region, after Russia and Iran. Yet, despite the easy access to fossil fuels, Central Asia’s wealthiest country intends to generate 50 percent of its electricity from renewables by the year 2050.

Since 2009, Kazakhstan has taken a range of steps to develop clean energy beginning with the adoption of a law to support the development of renewable energy projects.

In 2011, former Kazakhstani President Nursultan Nazarbayev launched the Green Bridge Partnership Program, which among other things is expected to promote the transfer of cutting-edge technologies, knowledge sharing and financial support to create sustainable economies and create new and long-term green jobs. The next step taken by the government was the adoption of the Concept for Transition to Green Economy. The initiative sets targets for building a stable and efficient economic model based on renewable resources, to be used in housing and communal services, farming, waste and water management systems, and transportation.

Electricity is vital for modern-day Kazakhstan, the country of slightly more than 18 million people, of which some 43 percent live in rural areas.

According to data compiled by the country’s statistics agency, Kazakhstan produced 96.7 billion kilowatt-hours (kWh) of electricity in 2019, of which 2.4 billion were generated from renewables. By late 2019, the installed capacity of clean energy facilities in Kazakhstan amounted to 1,050 megawatts, of which nearly 542 megawatts or 51.6 percent accounted for solar power plants.

Kazakhstan’s solar power potential is estimated at 3.9 billion to 5.4 billion kWh, or around five percent of annual power consumption, according to the European Bank for Reconstruction and Development (EBRD). There is high solar irradiance in most regions of the country, but because Kazakhstan is located in the northern hemisphere the general trend is to develop solar resources in the southern parts of the country.

Kazakhstan is not new to harnessing solar energy.

In 2014, the country inaugurated its first solar plant — Burnoye Solar-1. The $127.3 million plant was considered one of the largest solar generation facilities in Central Asia until 2019 when the government launched a giant plant in Karaganda, Kazakhstan’s central region.